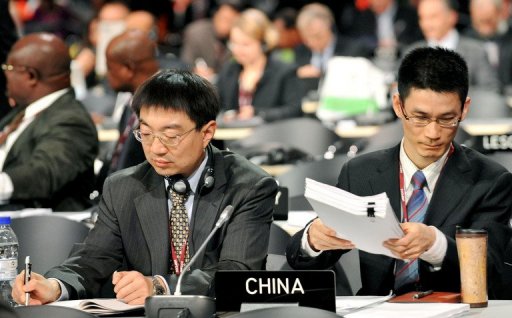 In the lead up to Copenhagen, many speculated that China was going to be the decisive, and potentially divisive, party to climate change resolutions. However, it was the tiny Pacific nation of Tuvalu, supported by other island states and some African countries, which reshaped debates by exposing the disharmony among the G77 bloc of 130 developing nations.

Tuvalu broke ranks with the powerful informal alliance by proposing a ‘Copenhagen Protocol’ that would go beyond the Kyoto Protocol to legally bind CO2 emissions to 350 ppm, from the suggested 450 ppm level, and limit global temperature increase to 1.5 rather than 2 degrees. This injected a new dynamic in the emission reduction debate which previously was divided between two unified camps – the developed versus developing countries. While the G77 had previously presented a united front throughout the Bali Road Map and United Nations Framework Convention on Climate Change (UNFCCC) negotiations, Tuvalu’s proposal drew rapid opposition from other member states such as China, India and Saudi Arabia due to the implications for economic growth. Although China supported financial reparations from the developed nations to small island states, as a leading economic powerhouse and greenhouse gas emitter, it was reluctant to open possibilities for broadening its own climate obligations. Furthermore, it was suggested that China’s opposition was also inflamed by Tuvalu’s formal diplomatic relationship with Taiwan.

In contrast to China, Tuvalu is one of the world’s poorest countries and lowest emitters. As the majority of its 26 square kilometer territory barely clears 2m above sea level, it is highly vulnerable to climate change related sea level rises and growing occurrence of king tides that bring salt water intrusion into the arable soil and water supplies. Worst-case scientific projections have warned that rising sea levels have the potential to completely inundate the country. The humanitarian concern of en masse displacement due to loss of national territory is exacerbated by the lack of international protection mechanisms for environmental displaced refugees and stateless persons.

Going forward, the magnitude of insecurity faced by Tuvalu from further adversarial climate changes far exceeds that faced by many of its G77 peers. While countries with greater political influence like China will experience serious flooding, extreme weather and severe drought, its representative captured the reality when pointing out that China’s “basic circumstances” are fundamentally different from small island nations. These include conditions conducive to climate change adaptation and aversive to emission reduction such as economic resources and technology.

Rather than demonstrating China’s climate clout, Copenhagen has polarized the diverging interests of newly industrialized and less developed countries within the developing countries bloc. In doing so, it undermines the future of China’s credibility as the stalwart champion of developing nations’ interests, an image it has presented on a number of fronts from the UNFCCC negotiations to the Doha Development Round.