After the Coup: Kyrgyzstan’s Relations with China 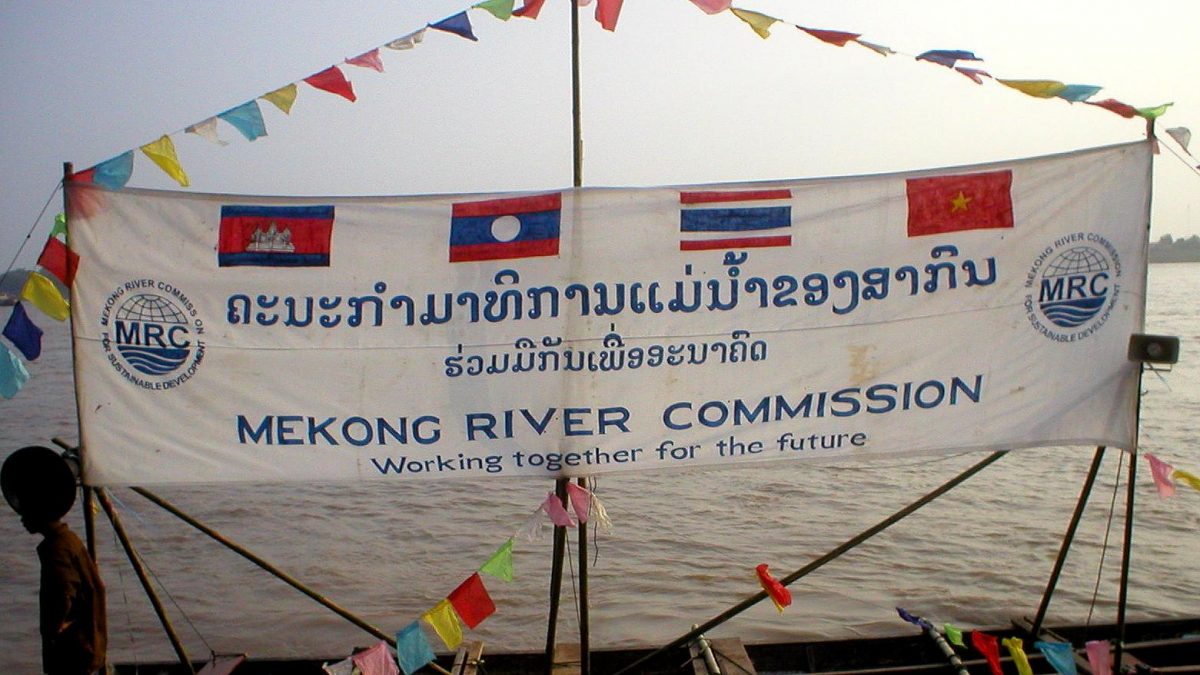 (Flag of promotion for the Mekong River Commission in occasion of finishing the new building office in Vientiane, Laos. Source: Wikipedia.)

Last week, representatives from the Lower Mekong Basin (LMB) – Vietnam, Laos, Cambodia and host country Thailand – gathered for the first Mekong River Commission (MRC) summit to discuss the future of the Mekong, one of the world’s longest and resource-rich rivers.

There was much to discuss. The river’s present state is dire, as a prolonged drought has reduced water to its lowest level in five decades. Its future is also in peril, as a ‘cascade’ of seven dams in China’s Yunnan Province, as well as eleven others initiated by mainland Southeast Asian states, threatens to alter the river’s hydrology, block sediment flows critical to agriculture, disrupt fish migration patterns, and erode river banks by 2030. Rising sea levels pose a longer-term but equally potent threat. According to projections, a rise of 30 inches by 2100 could potentially swamp 20 percent of the Mekong Delta and 10 percent of Ho Chi Minh City. At risk is a fragile ecosystem that provides millions of people with critical resources for drinking, eating, and irrigation and is vital to the economic development of LMB countries.

Leaders at the summit clearly grasped the gravity of the situation. Thai Prime Minister Abhisit Vejjajiva declared that the Mekong “will not survive” if LMB nations do not “take joint responsibility for its long term sustainability.” The four countries issued a declaration highlighting areas for “priority action,” including researching and addressing the impact of climate change and intensifying flood and drought management. China even released previously withheld hydro-meteorological data on its upper Mekong dams at a side meeting.

Yet far bolder efforts are needed in the future to save the Mekong. China and Myanmar must become full members of the MRC and participate in cooperative water management. This will allow the MRC to finally compile comprehensive data from all riparian states and lead joint efforts to manage water levels along the river to avoid loss of life and crop destruction. Greater strategic thinking is needed in Laos and Cambodia about how to balance economic and environmental imperatives, rather than just viewing the Mekong exclusively as an opportunity for commercial gain.

Mammoth infrastructure projects may be necessary, but they must be accompanied by more participatory planning to consult the millions they affect, as well as more detailed assessments about the certainty of economic benefits they may or may not bring. Increasing energy efficiency and promoting renewable energy must also be considered alongside large-scale infrastructure initiatives, since they are more economically and environmentally feasible options that will help enhance energy security in the long run

Unless these steps are taken soon, the gloomy predictions by climatologists about the Lower Mekong Basin may crystallize into reality, with profound implications for surrounding countries.