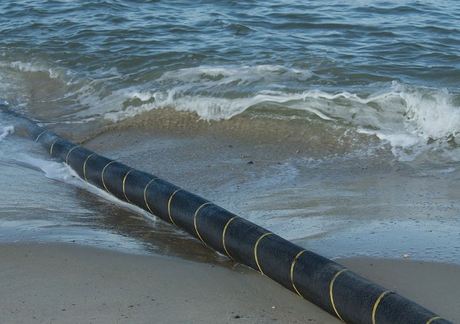 While a great deal of attention has been paid to hacking attempts against the computer networks of governments and large corporations, vulnerabilities in the physical information technology infrastructure are often overlooked. The backbone of modern communications, in particular the internet, is a network of undersea fiber-optic cables that carry voice and data information. These cables, spanning across oceans, play a vital role in connecting countries with the rest of the world and are inviting targets for attack during wartime. Taiwan’s dependence on a small number of such cables highlights the vulnerability of its submarine information infrastructure.

Damage to these cables would slow Taiwan’s electronic communications with the rest of the world, disrupting international businesses and financial markets, as well as forcing Taiwan to rely solely on satellite communication. However, satellite links are more at risk of interception, which can compromise Taiwan’s communications during wartime. The economic impact would not be limited to Taiwan as the same cables also carry bandwidth for users throughout Southeast Asia.

Submarine communication cables are also vulnerable to natural disasters and accidents. In 2006, an earthquake off the southern coast of Taiwan severed nine undersea cables and slowed the internet connection in Southeast Asia for weeks following the incident. Cables were also damaged by Typhoon Morakot in 2009, which slowed internet transmissions in Taiwan, Hong Kong, Singapore and the Philippines. Furthermore, as submarine cables are laid under global shipping lanes, they are vulnerable to damage by ships’ anchors as well as fishing trawlers’ nets.

Allied navies used trawlers and submarine-delivered divers to cut German and Japanese submarine cables during the Second World War. China could employ similar tactics against Taiwan in the future.  Due to the high cost of building onshore facilities to receive cables and trenches to protect cables from boats in shallow waters, four of Taiwan’s five submarine cables come ashore at either Fangshan or Toucheng. A RAND study assessed that attack on either location could have a “sudden and calamitous effect” on Taiwan’s communications. Proposed new cables connecting Taiwan with mainland China would also be highly vulnerable to Chinese disruption during a conflict. Cable repair would be unlikely during a conflict due to the risk to maintenance vessels in a hostile environment.

As information warfare is likely to be part of any conflict in the Taiwan Strait, Taiwanese policymakers must be prepared not only for hacking attempts against government and commercial computer systems but also for attacks on the physical infrastructure that supports electronic communications. The fiber-optic network that connects Taiwan to the rest of the world is a prime target for attack and Taiwan will need to guard against sabotage as well as accidental damage to their submarine communication assets.