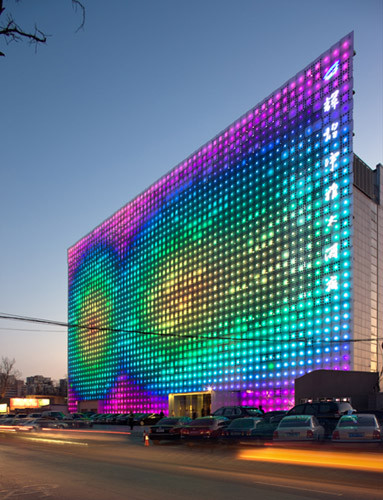 Energy security and the urban-rural development gap are important problems for China to tackle. While more and more people are joining the middle class, about 10 million people in villages in the western and northern parts of the country are still struggling with the lack of basic commodities like electricity. China has recognized renewable energy, particularly the underdeveloped solar energy, as a solution to these challenges.

China has the geographical condition to realize the huge power potential of solar energy. Two-thirds of China, mainly in rural provinces of Gansu, Inner Mongolia, and Xinjiang, consists of non-arable land that receives abundant sunlight. With significant concentrations of solar radiation per year (exceeding 140kcal/m2/hr and duration of over 2200 hours per year), the National Laboratory for Clean Energy estimates that China’s current energy requirement can be met by covering a third to half of these areas in solar cells and catching only one-tenth of the energy produced. Despite the staggering potential, solar power development has been lagging behind hydro and wind power because of the high price of solar power output, due to the lack of government subsidy and high cost of silicon-made solar cells.

Recently, several developments have raised prospects of a significant drop in solar power prices in China within the next decade. Several large solar plants are being built in those arid provinces, including the world’s largest solar plant in Inner Mongolia with a capacity of 2 gigawatts, which will start construction in June 2010 and is expected to be completed by 2019. There is also increasing government commitment to solar power. Last year, the Chinese government launched the first pilot program to subsidize 50-70% of the investment cost for 294 solar plants as well as a $2.93 per watt subsidy for solar plants of at least 50 kilowatts. Early this year, Beijing also announced six “golden sunlight” projects to turn the country’s capital into a solar city. Technological advances and economy of scale have reduced the cost of silicon wafers used in solar cells and promoted use of thin-film panels as an even more cost effective alternative to silicon wafers.

The government has set a 20 gigawatts solar power output target for 2020. It remains to be observed whether solar power can be extended for use at the national level due to power grid infrastructure challenges. Since most solar power plants are in remote provinces, substantial infrastructure and grid investments have to be made to bring the power for use to the rest of China. Nevertheless, with these new developments, solar will certainly play a more significant role in providing energy and development for at least the rural parts of China.