The Next Steps in Japan-NATO Cooperation 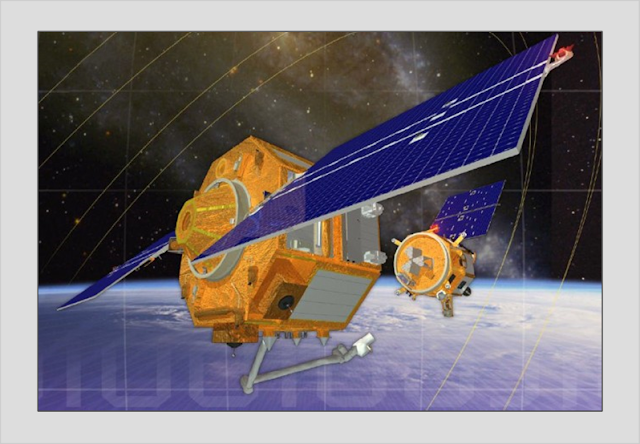 The emergence of space as a strategic frontier in the Asia-Pacific has raised concerns that China’s nascent space capabilities could be employed in future military operations. Beijing’s rapid progress in space has been marked by milestones such as manned space flights, anti-satellite (ASAT) missile tests, and a significant increase in its co-orbital satellite activities. The latter involves small satellites that orbit in constellations and is a crucial component of China’s dual-use satellite program and military modernization.

The first (and perhaps most strategically significant) of the co-orbital satellite constellations to form this year was launched in March. Unlike previous electro-optical and radar imagery satellites deployed in the series, the Yaogan-9 launch positioned three satellites orbiting in a highly choreographed triangular formation, suggesting that China had deployed a dedicated Naval Ocean Surveillance Satellite system to bolster its burgeoning anti-ship ballistic missile (ASBM) program. Space-based surveillance and cueing capabilities represent an essential (and previously underdeveloped) element of the ASBM program.

The next (and by far the most controversial) co-orbital development came in August, when China’s Shijian-12 (SJ-12) satellite conducted a series of sophisticated maneuvers to rendezvous with a suspected electronic intelligence (ELINT) satellite, the Shijian-6F. The reported bumping of the SJ-12 and the SJ-6F satellites (and the continuing Chinese silence on the mission) fueled speculations that Beijing was engaged in yet another anti-satellite weapons test.

More recently, the September launch of the three-satellite Yaogan-11 constellation and the October launch of the two-satellite Shi Jian-6 Group-04 constellation have expanded China’s co-orbital portfolio. According to reports, the Yaogan-11 is a radar imagery satellite, with all-weather, day/night capability, that can play a role in tracking carrier strike groups. Likewise, the Shi Jian-6 Group-04 satellites were reported to be intended for an electronic intelligence role, also perhaps as part of the China’s ASBM program.

Despite the shroud of secrecy surrounding China’s military space missions, the personnel crossover in its satellite development program is a key indicator of intentions. It is known that elements of the China Aerospace Science and Technology Corporation’s Fifth Academy (China Academy of Space Technology) and Eighth Academy (Shanghai Academy of Space Technology) took the lead in building all four satellite constellations. Furthermore, the director and chief designer of the Yaogan-9 satellites, Li Yandong [李延东], was deeply involved in the Shi Jian-06 Group-04 mission, and has experience with ocean monitoring satellite programs.

Ultimately, it appears that these co-orbital programs, when viewed in the context of their underlying military missions, have worrisome security implications for both the space and the maritime segments of the global commons in the coming years.