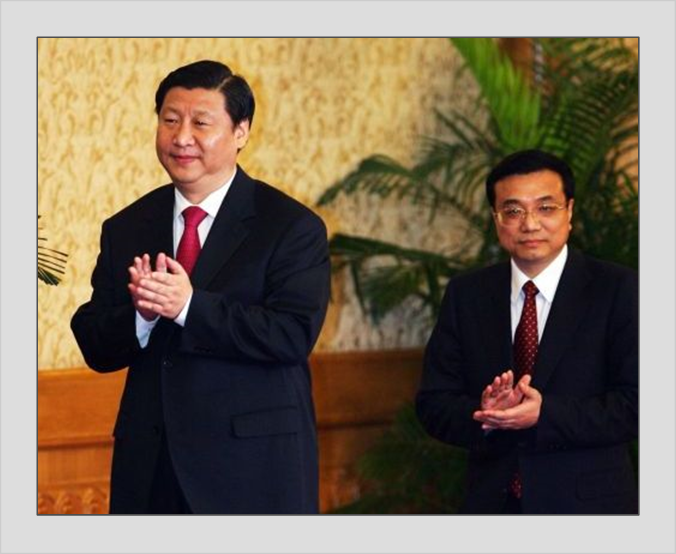 With Vice President Xi Jinping’s recent appointment as Vice-Chairman of China’s powerful Central Military Commission, Hu Jintao’s successor is all but set. Xi now holds all three apprenticeship positions – member of the Politburo Standing Committee, Vice President of the People’s Republic of China, and Vice-Chairman of the CMC – necessary for the transition to China’s paramount leader. As Hu’s protégé, and apparently favored successor, Li Keqiang is lined up to succeed Wen Jiabao as Premier, the fifth-generation is poised to take the reins of political leadership.

While the carefully orchestrated transition process leaves little doubt over the desire for political continuity and harmony, factional differences – between the ‘princelings’ and tuanpai – within the CCP could come to the fore in Xi and Li’s approaches to economic management.

Xi Jinping is considered a member of the ‘princeling’ faction, so-named because its members have ties to some of China’s most politically powerful families (Xi is the son of a former Politburo member). This elitist group is perceived to represent the interests of entrepreneurs and the middle class, and the needs of coastal business communities. Xi was credited with promoting pro-market reforms and attracting Taiwanese investment into the private sector during his tenure in Fujian province. Unsurprisingly, his priorities include increasing economic efficiency, maintaining GDP growth, and deepening China’s integration into the world economy.

Li Keqiang, on the other hand, is a tuanpai, named after the Chinese Communist Youth League through which its members advanced their careers. These populist leaders, usually of humble origins, are seen as more concerned with protecting the interests of the inland region and addressing the plight of vulnerable social groups. Like Hu, Li stresses the importance of building a “harmonious society” and is a staunch advocate of helping the unemployed, providing low-income housing, and accelerating healthcare reforms.

How then will this princeling-tuanpai pair steer China’s economic development? How the two factions will affect such a transformation and at what pace could be part of the fifth generation’s growing pains.

Nevertheless, the general consensus among China-scholars is that the new leaders will compromise and adopt a moderate socio-economic approach, incorporating Hu’s social-welfare economic policies with some of Jiang Zemin’s growth-centered policies. This policy orientation is illustrated in Xi’s recent speech at the 2nd World Investment Forum, where he appealed to Chinese enterprises to “go global” and encouraged more foreign investment in high-end manufacturing industries, as well as labor-intensive industries in the central and western regions of China. Furthermore, China’s new 12th Five-Year Plan aims for the twin goals of maintaining relatively fast economic growth and enhancing balanced regional development. Set for the 2011-2015 period, the plan will span the critical upcoming leadership transition and will likely serve as the guidelines for the fifth generation leadership, despite their factional differences.