Strengthening Fragile Partnerships: An Agenda for the Future of U.S.-Central Asia Relations 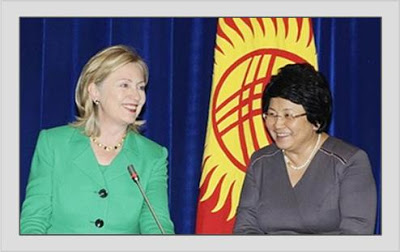 By: Evan A. Feigenbaum |

A comprehensive new report from the bipartisan Central Asia Study Group, chaired by former Deputy Secretary of State Richard L. Armitage, and the Project 2049 Institute calls on American and Central Asian leaders to rise to the challenges and opportunities in Central Asia. The paper reflects discussion, debate, and, ultimately, broad agreement among a distinguished group of former senior U.S. diplomatic and defense officials with responsibility for, or interest in, Central Asia.

The report does a lot of things. But one central element is its attempt to offer any U.S. administration seven broad guidelines for U.S. policy in the region. So here they are:

1.Put Central Asians themselves—not Russia, China, Iran, or other neighboring powers—at the center of America’s approach to the region.

It should be clear to all that Central Asians are the subject of U.S. policy, not principally an object of competition (or, for that matter, accommodation) with third parties. This will require a concerted and sustained U.S. effort to dispel the notion that the U.S. accepts Russia’s claim of a privileged relationship with Central Asia. Similarly, Washington will need to invalidate the perception that it is subordinating its relations with Central Asia to its pursuit of warmer relations with Moscow. In our view, this perception has grown in recent months. U.S. decision-makers must avoid speaking about Central Asia as if Central Asians did not exist.

U.S. policymakers have been careful to avoid the metaphor of a “Great Game” in Central Asia. Yet it has been often invoked by others, not least by observers in Moscow, Beijing, and other neighboring powers. The U.S. must continue to reject this metaphor, for such notions are based on flawed assumptions and fraught with risks for the United States. The metaphor is flawed because it is both insulting and misleading. It insults Central Asians by suggesting that they are powerless and passive pawns. It misleads because Central Asians have at times manipulated great power competition to their own advantage, successfully creating a balance of power that maximizes their independence. Kazakhstan’s “multivectored” foreign policy is but one example of this effort to fashion balance in relations with Russia, China, the United States, and others. Turkmenistan’s late president, Saparmyrat Niyazov, likewise leveraged Chinese interest in Turkmen gas to Ashgabat’s benefit in price bargaining with Russia.

The United States must respect neighboring powers’ legitimate interests in Central Asia. And it must work with Russia and China wherever feasible, and continue ongoing consultations about the region with both countries. There should, in principle, be some areas of shared interest that can be fashioned into complementary approaches. As a World Trade Organization (WTO) member, for instance, China should share an interest with the United States in promoting WTO membership and WTO-compatible trade regimes in all five countries of Central Asia.

But if the United States is to seek areas for prospective coordination, the U.S. and its partners must, in turn, advocate that Central Asia’s larger, more powerful neighbors respect their presence, interests, and partnership with the five independent and sovereign Central Asian states.

3. Rely on capabilities that the U.S. uniquely can offer to Central Asian governments, citizens, and businesses.

The United States fares best in Central Asia when it plays to its unique strengths. Such strengths include the English language; proprietary industrial and scientific technologies; business skills; military technologies; and Washington’s unrivaled ability to connect Central Asian economies to international financial institutions and opportunities in the global market. Another strength is Washington’s capacity to move more quickly than other powers at mobilizing support in a crisis. The rapid U.S. response to the humanitarian situation following the Kyrgyz-Uzbek violence offers one example; the United States made a $32 million contribution before China and Russia’s pledges of assistance.

While such actions carry occasional weight, especially among ordinary citizens of Central Asia, the United States has failed at more routine forms of engagement. Assistance budgets have shrunk precipitously. In the region’s nearly twenty years of independence, no president of the United States has visited Central Asia. Cabinet visits are rare. Even sub-cabinet visits are infrequent. Engagement in Turkmenistan, in particular, has also been hindered by the absence of a U.S. envoy for more than four years. The U.S. can hardly pursue its interests in Ashgabat or elsewhere if it lacks a Senate-confirmed diplomatic representative on the ground to promote those interests. This is without precedent in any country with which the U.S. has not had an underlying policy dispute.

Ultimately, the U.S. cannot compete dollar for dollar, visit for visit, meeting for meeting, or chit for chit of influence with other major powers. But neither can these constraints become an excuse for U.S. passivity. There is no substitute for meaningful engagement, presence, and resources—whenever and to the extent that these are available.

The U.S. should reinvigorate relationships with traditional partners in Central Asia, including Germany, the United Kingdom, the European Union, and Turkey. But the U.S. would benefit, too, from diversifying its partnerships in the region, especially with Japan, South Korea, and India. In 2006, the United States initiated policy talks on Central Asia with both Tokyo and Seoul. And in such efforts, the U.S. should coordinate not just with foreign ministries but also with the full range of agencies involved in project finance, foreign aid, trade, investment, energy, and defense.

Governments create the regulatory, legal, and operating frameworks for markets. But in many sectors, it is private companies that have been the forward face of the United States in Central Asia. The Caspian Pipeline Consortium (CPC) pipeline is an example of this phenomenon; it could never have been built without a close partnership between government and business. Another example is the U.S.-Kazakhstan Public-Private Economic Partnership Initiative, established in 2008. This joint public-private dialogue on investment and regulatory issues replaced a moribund government-to-government talkshop.

6. Remain mindful of the need for a regional strategy.

A more sustainable economic future for Central Asia will require the reconnection of roads, railways, and power lines, the development of new overflight rights and fees, improved customs and border procedures, and new oil and gas pipelines. But the five Central Asian countries are distinct and unique, so a tailored regional approach needs to address differences in their economies, resources, and political climates. A regional strategy must be especially cognizant of weak cross-border linkages, which are politically, economically, and socially destabilizing.

By promoting continental trade across Asia—linkages from east to west and, to some extent, from north to south—the United States can help to restore Central Asia to its historical place as a point of commercial transit. Indeed, integrating Central Asia into long-distance trade, encompassing continental routes across Asia, also has direct benefits for surrounding countries, including China, Russia, India, Europe, and the Middle East. It can invest a larger pool of stakeholders in the process of developing more unfettered trade.

The United States must take a multidimensional approach—not pursuing discrete security, trade, or human rights policies but a foreign policy, which combines all of these integral components. At the same time, the U.S. cannot divorce its Central Asia policy from its broader regional policies in Europe and Asia, or from its global strategies.

The United States has suffered greatly in Central Asia because of a widespread perception that it cannot pursue more than one interest at a time. Some argue that Washington cares only about political development, accusing it of backing, even staging, “colored revolutions.” Others believe that the U.S. cares only about military basing and logistics, accusing Washington of prioritizing the war in Afghanistan above every other objective. This latter perception, in particular, has been exacerbated by the frequency of visits by the commander of U.S. Central Command while other U.S. visitors of similar stature are so rare.

Meanwhile, there are, undeniably, tangible links between U.S. interests in Central Asia and its surrounding regions. Inconsistent linkages and precarious balancing with other policy agendas highlights the need for a much more coordinated execution of strategy within the U.S. government.

This piece was first published here by the Council on Foreign Relations.