Time to Get Serious About Sanctions on Iran 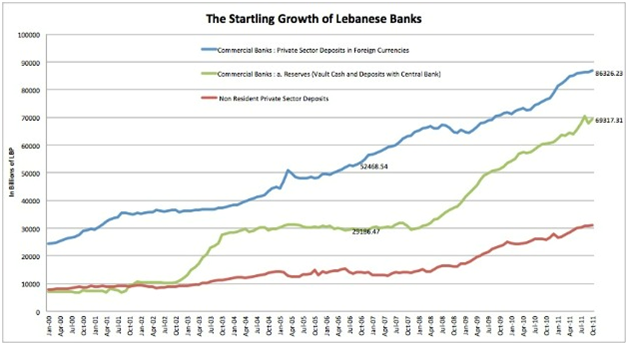 U.S. Treasury Department sanctions against Iran are having a remarkable impact and much more is soon to come. In recent weeks the Iranian currency has crashed and the Iranian balance of payments, a close proxy measure for its oil revenue seems heading toward a deficit. Moreover, recently enacted legislation — requiring banks to cease dealing with the Iranian Central Bank for oil imports within 60 days — will soon be implemented. For Tehran, oil is money. Thus, cutting off oil revenue could soon bring the Iranian economy to its knees.

Iran’s recent threats to block the flow of oil via the Strait of Hormuz — with the goal of sending oil prices skyrocketing — are a sign that the Iranians are already feeling the pain of sanctions. For Tehran, it can only get worse from here. The problem with sanctions is that the longer they drag on, the more affected countries develop the means to skirt them. Saddam’s Iraq came under the weight of a vast sanctions regime for over a decade and the government did not fall from power, let alone change course. Iran is a nation of sophisticated traders and we can expect it to undertake a web of evasive measures to struggle on. Moreover, even if the Iranian economy is brought to a halt, history shows that those in power will be the last to suffer. In fact, Iran’s hardline Revolutionary Guards appear to be gaining power as the nation moves onto a quasi-wartime footing.

To enforce sanctions and significantly enhance pressure directed against Iran’s leadership (not just its people), the U.S. should consider an Iran-Hezbollah Illicit Activities Initiative similar to the one used against Kim Jong Il’s regime, 2001-2006, and akin as well to the strategy applied successfully against Slobodan Milosevic and his cronies in the Balkans in the mid-90s (see the testimony). These previous interagency and international initiatives brought together U.S. and foreign government partners to apply a matrix of pressure strategies to directly affect the hold on power of the North Korean and Serbian regime leaders and coerce them to either give up global defiance or potentially fall from power. Notably, both initiatives incorporated domestic and international law enforcement against the illicit support networks and financial sanctuaries for regime leaders, in addition to the targeted and broader trade sanctions being applied currently against Iran.

Almost every seriously sanctioned regime in history has gotten into illicit activity to offset the cost imposed by sanctions. Iran is no exception to the rule. It appears to have been quietly engaged in state directed illicit activities to benefit the Revolutionary Guard and their antecedents since the onset of the revolution (and accompanying sanctions) — everything from illegal technology procurement and weapons smuggling to involvement in narcotics trafficking and money laundering. In the coming months, as sanctions bite harder and oil profits disappear, we can expect the scale and importance of these illicit activities for the IRGC (and Hezbollah) to increase dramatically. However, the more Tehran and its affiliates rely on illicit activity, the easier it will be to apply law enforcement and international law strategically to hold their leaders and their finances accountable. Provided a sufficient enforcement dragnet is created, Iran may fall into the same self-created trap as North Korea and Serbia. However, if an enforcement system is not rapidly assembled, we can safely assume that Iran — particularly with the help of China and Russia — will embrace the black economy as well as marshal sanctions workarounds that could enhance the power of the IRGC, speed up its nuclear timeline, and heighten the chances of conflict.

The groundwork for an illicit activities initiative already exists, thanks to the excellent work of U.S. law enforcement. In the last year, the findings of Operation Titan — a massive Drug Enforcement Administration money laundering investigation into Iran’s key affiliated terrorist organization, Lebanese Hezbollah — have emerged in the public eye. As the New York Times details in a recent article, this investigation has documented billions of dollars of cocaine laced funds that have made their way from Hezbollah accounts in Lebanon into the U.S. and European banking system over the last five years. A December 2011 asset forfeiture claim against Hezbollah financial fronts, including the Lebanese Canadian Bank, filed in the Southern District of New York (SDNY) spells out the case that for Hezbollah, Lebanon has become a veritable money laundering machine.

Ironically, the data below, from the Lebanese Central bank website, plainly illustrates the scale of Hezbollah’s money laundering activity. It is hiding in plain sight. As the data shows, miraculously, Lebanese banks exploded in growth in the wake of Hezbollah’s war with Israel in 2006 – with dollar-denominated deposits making up nearly 2/3 of the Lebanese banking system and over 50% of its growth. Until recently — when DEA and Treasury began to crack down — bank dollar and euro deposit growth has kept up a dramatic pace, despite Lebanon having large sovereign currency, economic, political, and security risk. This explosive growth makes no sense, unless Lebanon has become a major financial safe haven for drug trafficking organizations worldwide (and where the risk of moving so much foreign bulk cash and wire transfers is effectively offset by a highly complicit Lebanese government). As the risk of further U.S. actions has become clearer to bank depositors (bad guys included) and the Syria/Iran crisis expands, capital has started to flee Beirut en masse (see the balance of payments slide). Indeed, Lebanon is in the midst of a balance of payments crisis presently as a result. 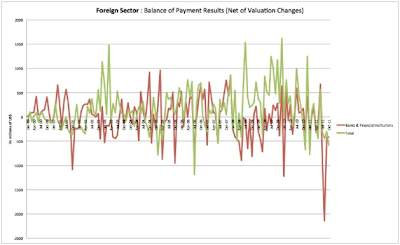 Bottom line: (undoubtedly with Tehran’s consent) the Hezbollah criminal terrorist organization — as the SDNY Civil action shows convincingly — established a world class money laundering mechanism out of Beirut at the end of 2006 to help the organization survive amidst the economic fallout of a financially ruinous war with Israel (where Iran didn’t seem to want to fill the whole financial void). Through its law enforcement investigations, the U.S. is now well positioned to hold Hezbollah and Iran accountable for using Beirut as an illicit venue. Moreover, cracking down on Hezbollah’s illicit finances is one of the only things that can save the Lebanese banking system and economy from unraveling further. The predominant risk to the Lebanese banking system and the Lebanese economy today is born from Hezbollah’s domineering illicit activities and their infiltration into the entire Lebanese financial system and economy (real estate is infiltrated at least as much as banking). If the cost of survival for Lebanese banking is punishing Hezbollah, then the Lebanese need to turn on Hezbollah (and curtail Iran’s access in the process). Strategic law enforcement against Hezbollah, could serve as a key element to an counter-Iranian illicit activities strategy in the weeks and months to come.

David Asher is a non-resident senior fellow at the Center for a New American Security and member on the Project 2049 Board of Advisors. He served as the architect of the Bush administration’s global campaign against the finances of the Kim Jong Il regime and has long served as expert on counter-threat finance programs and issues for the government and the private sector.