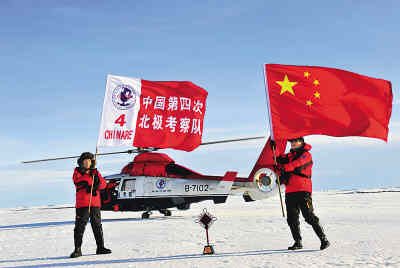 The United States is shifting its focus from the Atlantic across to the Pacific. However, if an Arctic century is on the horizon, then China is at the forefront of it. While Washington enhances its relationships across the Asia-Pacific basin, Beijing is busy engaging Arctic Ocean coastal states en masse. The Middle Kingdom is apparently interested in the commercial viability of new shipping lanes and developing the resources that lie underneath and along the Arctic seabed. Ostensibly to achieve its objectives, China is engaging the region at an unprecedented pace. Beijing’s comprehensive engagement of Arctic states demonstrates that China’s ambition is not just to be a Pacific power, but a global one. Questions that remain are: what is Beijing’s intention in the Arctic, and by extension what type of global power will China be?

China has been in the Arctic since the early 1990s,but only recently began seeking to enhance its engagement there as a permanent observer in the Arctic Council. The Arctic Council is a high-level intergovernmental forum that addresses issues such as the management of resources, climate change, and Arctic environment maintenance.The Council has eight voting member states—Canada, United States, Russia, Denmark (Faroe Islands and Greenland), Norway, Iceland, Sweden, and Finland—all of which share a border with the Arctic Ocean. There are six permanent observer states—all of which are European—and multiple ad-hoc observer members, among them: Japan, South Korea, and China. While permanent observer status would grant China unrestricted access to Arctic Council meetings (as an ad-hoc member it must apply for admission each time), under the current system, China’s accession would serve more as a symbolic gesture than one that grants China tangible authority.

One example that demonstrates a Chinese approach to the Arctic is Chinese tycoon Huang Nubo’s bid to purchase 300 sq km of land in northeast Iceland (roughly .3% of the country) for an eco-resort.While his efforts are ‘allegedly’ unaffiliated with the Chinese government, the deal would grant China a significant foothold in the Arctic. The land in question is strategically located near one of Iceland’s largest glacial rivers and several potential deepwater ports.As Arctic ice recedes this area is destined to become an important port center on a new maritime transport route between East and West. The government of Iceland ultimately rejected Mr. Nubo’s resort proposal, but not first without stirring a heated debate between Icelanders about China’s growing influence.

In contrast, Copenhagen and Beijing elevated their relationship to that of a “strategic partnership” in 2008 to include cooperation in technology, science, and trade. Denmark made the tactical decision to prioritize its economic relationship with China while turning a blind eye to issues such as human rights.To be sure, this burgeoning bilateral relationship holds enormous economic benefits, not only for Denmark, but also for Greenland, which remains under Denmark’s jurisdiction.

Greenland is endowed with substantial deposits of minerals including rare earths, uranium, iron ore, lead, zinc, petroleum, and gemstones. Currently 80 percent of Greenland is covered by an ice sheet. However rising temperatures have exposed numerous mineral belts. One such area, the Kvanefjeld deposit, is estimated to produce 20 percent of the global rare earth supply, making it the world’s second-largest deposit of rare earths.With limited fiscal resources, Greenland depends on outside investment to develop its mineral reserves. While the Australian-based Greenland Minerals and Energy Limited has been operating in Greenland since 2007, new entities seek to tap into Greenland’s emerging minerals industry. China’s Sichuan Xinye Mining Investment Co. recently held preliminary discussions on investing in an iron ore deposit site and Jiangxi Union Mining has explored for copper in central Greenland.While the two entities are in the first stages of negotiation, a cooperative agreement is on the horizon.

Unlike the transitory eco-resort proposal and emerging investments in Greenland’s mineral reserves, China’s Yellow River Research Center in Ny- Ålesund, Norway represents a different type of Chinese footprint in the Arctic. For almost a decade, the station has been collecting environmental, oceanic, and scientific data for research primarily on climate change. However, while Norway hosts China’s Yellow River research station, it has not bought into China’s Arctic courtship. Ever since the Norwegian Nobel Committee awarded the 2010 Nobel Peace Prize to Chinese dissident Liu Xiaobo, diplomatic and trade ties have stagnated. Today, Norway remains one of the most vocal Arctic Council members against Chinese membership on the Council.

Another important player in China’s future position in the Arctic is Canada. In 2013, Canada will take over the chairmanship of the Arctic Council and thus set the Council’s agenda for the following two years—including which members to admit. Thus far, China – Canada relations appear to be on an upswing. In early February, PetroChina China’s largest oil and gas producer and distributor, purchased a 20 percent stake in Royal Dutch Shell’s Groundbirch shale-gas asset in Canada, granting it vast access to Arctic fossil fuels. While Groundbirch will continue to supply customers in North America, in the future, (perhaps as Arctic ice recedes and sea lanes open up) PetroChina seeks to export the fuel to Asia in the form of liquefied natural gas (LNG).China’s value to Canada has increased, especially with the U.S. – Canada Keystone stall. Prime Minister Stephen Harper has reaffirmed his intentions to pursue potential energy partners in Asia and notably, energy has been the focal point in Prime Minister Harper’s February visit to China. 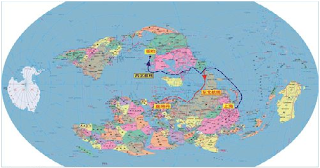 China’s approach to the Arctic is comprehensive. While Beijing continues to seek a role in the region’s governance with membership in the Arctic Council, it is also engaging with Arctic stakeholders bilaterally on a gamut of issues that includes: trade, culture, investment, tourism, and technology. This begs the questions, what are Chinese intentions in the Arctic and what does Beijing’s approach suggest about the strategy toward the Arctic?

In the preliminary analysis, Chinese interests and strategy in the Arctic appear at odds. Ruan Zongze, a research fellow with the China Institute for International Studies—a Ministry of Foreign Affairs think tank—asserts that as a country outside the Arctic, China has no “special interests” in the Arctic.

On the other hand, retired Rear PLA Navy Admiral Yin Zhuo believes that the Arctic belongs to all people and that China must have a share in the region’s resources.While China’s intentions remain at odds, that fact remains: Arctic ice cover is vanishing with astonishing speed; ice melt will open up valuable shipping lanes, possibilities for hydrocarbon extraction, and economic opportunities ranging from fishing to tourism. Meanwhile, Beijing’s ambitious plans for three Arctic expeditions and a second polar ice-breaker ship by 2015,confirm that China is in the Arctic to stay. The economic giant’s reach into the Arctic suggests that China is not just a Pacific Power but a global one.

Isabella Mroczkowski is a Research Assistant at the Project 2049 Institute.