China’s Military Strategy in the Asia-Pacific: Implications for Regional Stability 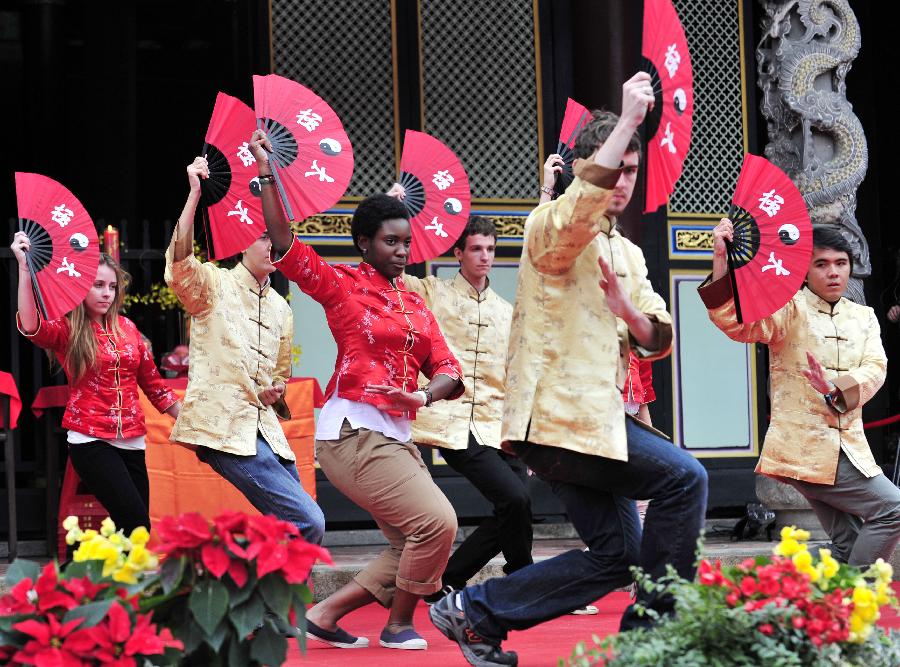 Cultural diplomacy has emerged as a key method for Taiwan’s leaders working to increase the island’s international recognition and prominence on the world stage. Defined as a combination of public diplomacy and soft power encompassing a wide range of activities including the, “exchange of ideas, values, traditional and other aspects of cultural identity”, the purpose of cultural diplomacy can be to strengthen relations, enhance socio-cultural cooperation, promote national interests or, perhaps in the unique case of Taiwan, to counter negative propaganda sponsored by certain states concerned about its nation status.[1]

While public diplomacy has been heavily emphasized since the Republic of China’s (ROC’s) foundation in 1911, the power of cultural diplomacy has received more recognition recently under the leadership of President Ma Ying-jeou. The Taiwan Ministry of Foreign Affairs’ Foreign Policy Report released on March 18 this year calls for promoting democracy, freedom and equitable prosperity as a mode of enriching Taiwan’s “viable diplomacy” by way of soft power and cultural diplomacy.[2] By linking its’ existence to norms-based values of democracy, Taiwan has maintained the United States and other democratic allies’ support, with arms sales being a prime example, that it could not have been sustained otherwise given diplomatic pressures from the People’s Republic of China (PRC).

Other common attributes of a country’s cultural diplomacy commonly include tourism, educational exchanges, and popular culture. These measures demonstrate good prospects for Taiwan moving forward on the international stage with regards to diplomatic, economic and cultural spaces even as political space remains constricted.

Tourism: Taiwan is as a popular tourist destination with increasing numbers of visits in recent years. Over 5 million visited the country in 2010, with that number rising to over 7 million in 2012.[3] Of those numbers, about half are characterized as ‘foreigners’ and half ‘overseas Chinese’, illustrating Taiwan’s allure not only as a leisure destination for non-Chinese but also perhaps as a comparatively intact representation of traditional Chinese Culture relative to the PRC. Representations of traditional Chinese culture that can be seen in Taiwan but are virtually non-existent in the Mainland include some traditional festivals no longer celebrated in the PRC due to their prohibition by the ruling Chinese Communist Party.[4] These include ceremonies celebrating the birth of Confucius and the Burning of Wang Yeh’s Boat Festival. Other Chinese cultural signatures lost in the Mainland that still exist in Taiwan include Yayue (ancient Chinese court music) and the common use of traditional Chinese characters.

Educational Exchanges: The number of U.S. students studying abroad in Taiwan has increased over the years from 367 in 2005 to 814 in 2010, with a similar trend for total foreign students studying in Taiwan.[5] Foreign exchanges alter global perception of Taiwan in the international space by giving the opportunity for students to have first-hand experience in the country. First-hand experience gives foreign students the chance observe Taiwanese culture and values, which are likely to highlight its distinctness from the Mainland, and provide inspiration for them to later become advocates for Taiwan in the international community. In addition, educational exchanges increase the use of traditional characters among the Chinese-learning community, promoting Taiwanese Mandarin.

Another related development under the Ma administration has been the establishment of Taiwan Academies (台灣書院) in response to China’s Confucius Institutes (孔子學院) in New York, Los Angeles, and Houston. [6] The administration’s goal is for Taiwan Academies to act as a “platform of cultural exchanges” for Taiwan and Mandarin Chinese in order to raise awareness among the global community of Chinese culture with “Taiwanese characteristics.”[7]

Music: Throughout Mainland China, the majority of popular music artists are of Taiwanese origin, including artists such as Jolin Tsai, A-Mei, Jay Chou, S.H.E. and the band Wu Yue Tian. The influence and popularity of these stars in Taiwan and in Asia bring double rewards. Not only are Mainlanders exposed to the Taiwanese Mandarin accent and culture from their songs or television program appearances, such as A-Mei’s role as one of the judges in China’s version of the popular talent competition television show, “The Voice”, they also commonly see traditional characters in song lyrics. Even if an individual has never met a person from Taiwan, by listening to music by Taiwanese artists or watching television programs that feature Taiwanese actors or storylines, they can become familiar and identify with Taiwanese culture.

Gastrodiplomacy, or winning hearts and minds through food, has been adopted by ROC leaders in efforts to help global audiences better differentiate Taiwan from the Mainland by increasing awareness of its unique cuisine.[8] Throughout 2013, the Taiwan Ministry of Economic Affairs will invest the equivalent of US$4.2 million in the promotion of Taiwanese cuisine globally, including plans for the organization of international Taiwanese food festivals and arrangements for Taiwanese chefs to attend international cooking competitions.[9] Examples of Taiwanese foods include bubble tea, stinky tofu, beef noodle soup and iced sea-salt lattes.[10] Like other forms of Track Two diplomacy, such as sports diplomacy made famous by Ping-Pong competitions between China and the U.S. in the 1970s, food diplomacy is an effective way to simultaneously build people-to-people cross-cultural ties. Taiwan leaders can engage in food diplomacy by utilizing popular dishes to promote a positive image of Taiwan to the world without the need to continuously touch on or explain current political issues to a diverse audience.

Laura Conigliaro is the Research Intern at the Project 204 Institute.