The Intersection of HADR and the Rohingya Refugee Crisis

Hollywood and the Chinese Market 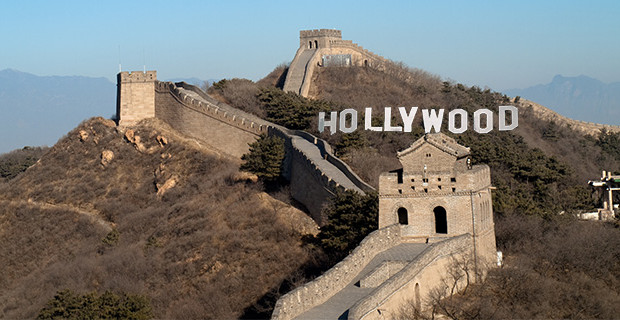 China’s film industry has attracted intense interest from Hollywood, with industry specialists such as Ernst and Young predicting that will surpass even the American market—currently valued by IBIS at USD$31 billion—in 2020. Aided by relaxed foreign film quotas—from 20 to 34 in 2012—and increased state efforts to crack down on piracy, Hollywood has sought to increase its presence in the Chinese film market. Currently, Hollywood productions such as Avatar, Transformers: Dark Side of the Moon, and Titanic rank as some of China’s all-time highest grossing films. Hollywood has been increasingly enticed by China’s film industry and its audiences, particularly as movie revenues in the U.S. fall and production costs rise —but at what cost?

Hollywood directors and studios looking to gain a foothold into China’s film industry face several barriers, particularly censorship laws. Already there appears to be a trend of Hollywood directors practicing if not self-censorship, at least political appeasement to the Chinese Communist Party (CCP) by 1) casting Chinese film stars, 2) removing certain scenes, or 3) adding China-only scenes. Given Hollywood’s towering presence in the global film industry, is this trend of political appeasement indicative of not only China’s rise, but also its future dominance? If so, what are the implications for future Sino-American relations?

Superficially it may appear that Hollywood’s willingness to abide by, even arguably pander to China’s censorship laws, signals China’s rise and perhaps future dominance. For example, in the past, Hollywood filmmakers have produced movies that were 1) critical of the CCP’s policies and 2) banned in China such as Kundun (1997) and Red Corner (1997).  More recently however, Hollywood filmmakers appear to have turned away from making politically sensitive films and are now focusing on gaining access to the Chinese market by appeasing the CCP’s censors. For many Hollywood filmmakers, the most efficient way to bypass China’s foreign film quota system is to register its films as a co-production and access Chinese funding.  On paper, co-productions seem ideal as they allow Hollywood to achieve its primary interests in the Chinese market—funding and market access. However, any films produced as co-productions require the State Administration of Radio, Film, & Television (SARFT) and the China Co-Production Corporation (CFCC)’s approval at every step, from licensing a co-production to distribution. Most notably, under a co-production, the script must be submitted in Chinese and reviewed by SARFT to ensure that it is in compliance with censorship laws, and after the film is completed, it is reviewed once more to ensure compliance.  Under such laws, blockbusters such as Iron Man 3, a U.S.-China co-production, have been released in China to include additional scenes featuring Chinese actresses. Even Hollywood productions that have not been released as co-productions have had to edit their content for the Chinese audience. The 2012 thriller Red Dawn, for example, changed the antagonists from Chinese to North Koreans while scenes such as a Chinese security guard’s death were cut from Bond: Skyfall (2013) Given the SARFT’s tight control over film production and distribution in China, it may appear to be the case that Hollywood has had to bow down to Chinese interests.

Yet such a viewpoint does not convey the entirety of the situation. While Hollywood has certainly had to take steps to appease SARFT, the CCP still has a strong interest in promoting Hollywood blockbusters.  Since the 1980s with the breakdown of the centralized, state-controlled and subsidized studio system, China’s film industry is highly dependent on commercial revenues. As such, while some Chinese political elites may object to Hollywood’s dominance as a form of cultural and economic hegemony, Hollywood productions have played a crucial role in revitalizing China’s film industry post-1980.  For example, since China’s 2002 ascension to the WTO, it has increased its foreign film quota, its investment in the U.S. entertainment industry overall—according to the Rhodium Group, in 2014 alone, Chinese firms made 10 deals worth USD$275 million. Thus, just as Hollywood is incentivized to engage in a degree of political appeasement, if not censorship, the CCP has demonstrated its current need for Hollywood and willingness to compromise. Rather, what the current state of Hollywood’s relations with China’s film industry seems to indicate is a cooperative—albeit uneasy—mutually dependent relationship.

What may be more telling regarding the future state of China-U.S. media and film relations, is China’s ability to step into Hollywood by either acquiring existing firms or creating independent subsidiaries. For example, in March 2014, Huayi Brothers, one of China’s largest film studios, announced its plans to invest between $120 and $150 million in Studio 8, a firm to be launched by former Warner Bros. film studio chief Jeff Robinov.  Huayi Brothers ultimately lose out on this bid—to Fosun International, another Chinese conglomerate that has emerged as the dominant shareholder of Studio 8. Furthermore, despite Huayi Brothers’ failed attempt to bid for Studio 8, it announced in September 2014 that it would invest USD$130 million to establish a U.S. subsidiary to produce and distribute movies and TV shows. As illustrated by the case of Huayi Brothers and Fosun International, it appears clear that Chinese conglomerates are seeking to increase their foothold in Hollywood, portending an increasingly influential and assertive China.