The United States and Future Policy Options in the Taiwan Strait 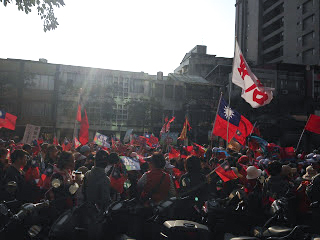 DPP candidate Tsai Ing-wen won the ROC (Republic of China, hereafter referred to as Taiwan) presidential elections on January 16, 2016 by a decisive margin. The election of a DPP leader has played into the CCP’s fears of a more pro-independence populous in Taiwan.  Chinese leaders have historically employed coercive tactics in order to set the stage for reunification. As one of China’s primary “core interests,” the elections are likely to generate outbursts of more aggressive political warfare tactics if China perceives Taiwan as veering away from its desired course. As the Project 2049 Institute outlined in a previous report:

Through interviews with DPP leaders, scholars, journalists, and academics on potential election outcome implications for the PRC (People’s Republic of China, hereafter referred to as China), this post serves to assess the PRC’s future strategy to exert influence over Taiwan. The interviews indicate that China’s overall strategy will not change in response to the DPP victory itself, but instead will change as a function of fundamental shifts in demographics and political and cultural identity on the island.

China’s use of influence operations towards Taiwan has previously targeted those in political power (both KMT and DPP) and business tycoons, primarily by using economic leverages to wield its power. Taiwan and China are more economically interconnected than ever before, and in the short term, cross-Strait economic relations are unlikely to change significantly. China is a behemoth economy that has gone out of its way to bestow benefits on Taiwan’s businessmen (台商) and their new generation counterparts for both economic and political reasons. The Chinese market is in turn beneficial to Taiwan’s economy. But China’s recent stock market instability and the government’s response have made investors wary of its shortcomings. Furthermore, the race to the bottom (and growing potential of the TPP) could lead investors to diversify to Southeast Asian nations.

Though the two cultures are intertwined, the “One China” principle the PRC touts abroad further diverges from the reality of two separate societies and governments. As the old KMT order dies out, decades of independent governance and society have built a stronger Taiwanese national identity. President Tsai’s election is Taiwan’s third peaceful transition of power and it further solidifies Taiwan’s democratic political system. These trends imply that both of China’s traditional outlets of economic and cultural leverage are threatened in the long term. China’s strategy will therefore gradually shift from targeting political and business heavyweights to Taiwanese youth, while incorporating more cultural leverage in the long term.

The success of Taiwan’s most recent elections was a milestone for democracy in the Asia-Pacific region. But China’s recent actions threaten to erode democracy and the rights that it embodies. The rise in bellicosity of China’s hard-line factions and divergence from mainstream rhetoric and policy should be monitored for potential rifts in China’s domestic politics. For example, coercive action behind Taiwanese K-pop star Chou Tzu-Yu’s apology and affirmation of the One China Principle on the eve of Taiwan’s presidential elections reveals China’s use of economic and cultural coercion that diverges from its seemingly warm language during the Ma-Xi meeting in November. In President Tsai’s victory speech, she notes that the PRC’s recent actions “will serve as a constant reminder to me about the importance of our country’s strength and unity to those outside our borders.” While building a “consistent, predictable, and sustainable cross-strait relationship,” Tsai’s administration should also be aware of changes in China’s political warfare strategy towards Taiwan. This series on deciphering China’s cross-Strait messaging strategies will identify cultural and economic areas to monitor for indications of changes in China’s perception management tactics on Taiwan.