China as a Responsible Stakeholder? A Decade Later 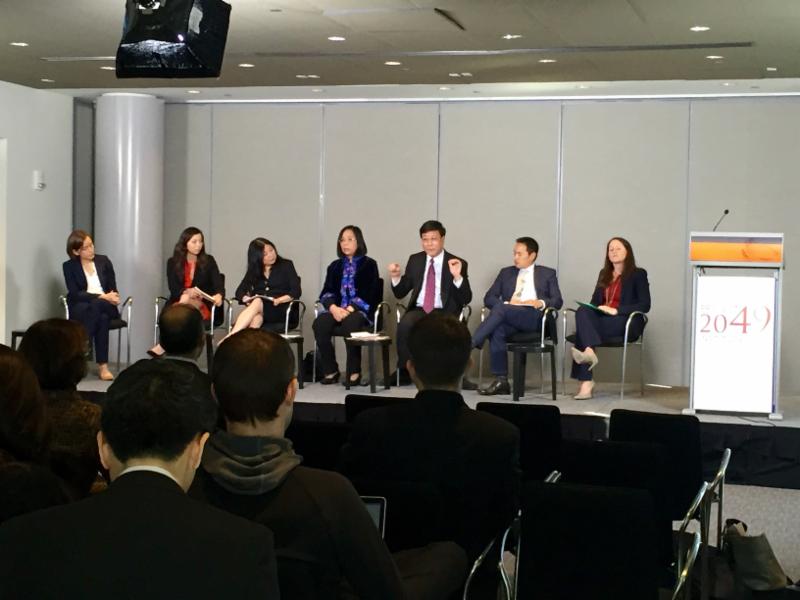 In light of China’s increased assertiveness and challenges to U.S. interests in the Asia-Pacific over the past ten years, it is necessary to assess the success of the responsible stakeholder model by examining whether China has met U.S. expectations and contributed positively to the international system. The Project 2049 Institute conference, “China as a Responsible Stakeholder? A Decade Later,” brought together experts on Chinese politics and foreign policy to identify and assess areas where China challenges the existing security and economic order, and to offer recommendations regarding potential U.S. responses.

Context of the “Responsible Stakeholder” Speech

Discussing the historical context of the responsible stakeholder speech, one presenter noted that the early 2000s were an important inflection point in China’s history. From the 1960s to the 1970s, China opposed many of the international institutions that made up the liberal order in the post-war period, but it nonetheless slowly began to open and change. In 1979, the U.S. officially recognized the PRC government and normalized relations. From the 1980s to the 1990s, integrating China into the international system became a central objective of U.S. engagement with China. By the 2000s, however, China had joined many of the institutions it once opposed, essentially becoming a member of the U.S.-led world order. Zoellick’s speech in 2005 thus marked a necessary transition in the focus of U.S. policy away from integration and toward shaping China’s behavior within the international system in a way that aligned more closely with U.S. interests and values.

Strategic Competition between the U.S. and China

Embedded in the responsible stakeholder concept is the expectation that China would become a status quo power. Speakers agreed that despite its increased integration into the international order, China has consistently demonstrated dissatisfaction with the status quo. One panelist discussed China’s attitude toward the Asian regional security order, where Chinese assertiveness targets the United States, as an area where this has been particularly visible. While the U.S. has maintained its alliances and military presence in the region, China has expressed hope the U.S. will disengage, allowing China to become the preeminent power in the Asia Pacific. When Chinese assertiveness began to spike in 2009, China’s strategy appeared to be to induce Washington to choose to opt out of engagements in the region by making U.S. operations riskier. The U.S. has since demonstrated its resolve to continue operating, and China has switched its focus to regional actors. However, China’s objective appears the same: to signal that, as China rises, the U.S. will either accommodate its preferences or risk conflict.

International institutions are another area in which China does not accept the status quo. According to one speaker, even if China accepted the international order exactly as it is today, it would still want to reweight institutions and governance mechanisms to give itself a greater voice and greater influence over outcomes. China is joined in this objective by other rising powers, who are attempting to change the dynamics of international institutions in Asia. This speaker posited that as Asia becomes more interconnected, the U.S. may be unable to prevent Asian regionalism and the formation of Asian institutions that do not include the U.S.

Another panelist argued that Chinese historical memory and the narrative of victimhood further shape China’s relationship to the existing international order. A central claim to CCP legitimacy is the idea that, after 150 years of humiliation by foreign powers, the CCP’s role is to return China to its former stature. The CCP cherry-picks moments from the Qing and Ming dynasties when China’s power had reached an apex, and presents them as the natural state from which China was toppled, promising a return to these moments. This narrative drives China’s foreign policy and creates a divide between U.S. and Chinese strategic goals. While the U.S. seeks to preserve the prevailing post-WWII regional order in East Asia, China seeks to return to the order in place before WWII.

One panelist noted differing interpretations of the responsible stakeholder concept between the two countries. China’s leadership has appropriated the responsible stakeholder framework to suit their foreign policy goals. In Chinese, the term “responsible stakeholder” is translated to “responsible great power” (负责任大国). The Chinese employ the concept to expand their international power, often using it to refer to how China’s rise has contributed to the international order, such as contributing to UN peacekeeping efforts. They often use the concept of responsibility to suggest that they are more responsible than the United States, saying that the U.S. inspires militarism in Japan and creates instability on the Korean peninsula. This rhetoric reveals that by trying to shape the idea of what a rules-based order means, China is thinking about how it can increase its influence regionally and globally.

Zoellick’s responsible stakeholder speech presented expectations for the future course of Chinese domestic politics, arguing that economic liberalization would inevitably lead to political liberalization, and using this argument as a rationale for engagement with China. In this framework, as China’s economic and political systems became more like that of the United States, the interests and values of the two countries would align, facilitating better cooperation. In his ‘responsible stakeholder’ speech, Zoellick hinted that China was on the road to democracy, saying, “President Hu and Premier Wen are talking about the importance of China strengthening the rule of law and developing democratic institutions.”

Contrary to expectations, movement toward political liberalization has failed to appear in China. According to a presenter on China’s communist-capitalism, this is possibly due to the unique development of China’s version of capitalism. Unlike Russia, where capitalism was embraced after political change, Chinese capitalism was developed by current communist elite in order to further entrench their power. U.S. policymakers should therefore not expect the inevitability of democratization in China or that China’s political system will develop along the same path as other countries.

The CCP’s extreme efforts to avoid political change or any loss of power are exemplified by China’s vast censorship and propaganda program. One speaker presented their research data which showed that, contrary to popular belief, Chinese censorship does not focus primarily on silencing criticism of the state; rather it censors news about collective action, especially protests. This reveals what the CCP thinks is its greatest threat: its own people. The objective of China’s massive censorship and propaganda system is therefore to limit the development civil society and other forces that could challenge CCP rule.

Another presenter had the view that China’s authoritarian political system is inseparable from China’s relationship to the international order. They posited that the liberal rules-based order is characterized by rules-based competition, dispute resolution processes, and adherence to international law. In a rules-based order, governments utilize the tools of the state to uphold the rules of the game, which requires separation of political and economic objectives, legal and administrative agents, and compromise and transparency in decision-making. According to this presenter, China’s political system operates differently. The Communist Party leadership views everything under its purview, including multi-national firms, as tools for the extension of the CCP power. The principal CCP objective is to maintain its grip on power. As such, it is likely to prove impossible to induce the CCP to do anything that could weaken its control. Considering China’s current political system, this presenter was of the view that we cannot shape its ultimate objectives or strategy. All we can do is shape the means by which the CCP will go about pursuing its interests.

In the face of increasing challenges to U.S. interests by China, policymakers often emphasize areas of cooperation and mutual interest, hoping to alter the nature of strategic competition between the two countries. The responsible stakeholder framework assumes that the U.S. is able to shape China’s interests and induce China to comply with a rules-based order. The reality, however, would seem to be that there are many limitations to how effectively the U.S. can shape China’s interests and strategic objectives.

The U.S. relationship with China is based on a combination of cooperation and competition. While the U.S. should not aggressively compete with China in every domain at the cost of possible opportunities for cooperation, policymakers would be wrong to think that the cooperative aspects of the relationship obviate the competitive aspects. Speakers agreed that the U.S. government must reassess its strategy in the Asia-Pacific in order to adequately address a rising China that is discontent with the prevailing order. The challenges posed by China necessitate a clear written strategy for implementing the Asia Rebalance, which could help integrate U.S. visions and goals for the region, as well as deepen its understanding of its capabilities.