The Case for US Ship Visits to Taiwan

The Case of US Ship Visits to Taiwan 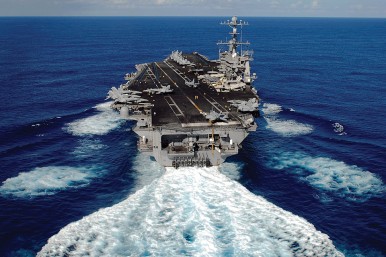 After the People’s Republic of China denied permission for the USS John Stennis to make a call to Hong Kong, Representative Randy Forbes said the following: “As Beijing’s direct control of Hong Kong intensifies, the U.S. Navy should strongly consider shifting its carrier port calls to more stable and welcoming locations…including Taiwan.”

The statement was too easily brushed off by some foreign policy elites in Washington who know we have not conducted U.S. Navy ship visits to Taiwan since the break in diplomatic relations in 1979. While we should resist the temptation to make major policy changes simply out a fit of pique, Representative Forbes is a serious man and his suggestion is worthy of our consideration.

There are at least five reasons why the U.S. Navy conducts ship visit to foreign ports. One reason is for morale and welfare of the sailors and marines afloat. Breaking up long deployments at sea with visits to quality ports of call helps our men and women recharge and thus more effectively perform their duties on ship. Such calls also help the Navy with recruitment and retention (it’s not an empty cliché that men and women join the naval services to “see the world”).

A second reason for port calls is for replenishment and minor maintenance and repair for our ships. The tyranny of time and distance created by the world’s great oceans necessitates that our ships receive such support outside the United States.

On these issues, Hong Kong gets excellent marks. Our men and women love visiting Hong Kong, and shore-based services are well-positioned to assist our ships. But Taiwan would excel in these areas as well.  Kaohsiung is an outstanding destination for sailors and marines (just ask our many service members who enjoyed liberty there during the Vietnam War), and it boasts world class capabilities for servicing maritime vessels.

Third, port calls contribute to specific political and diplomatic goals of our government. A U.S. aircraft carrier pulling into a port is a powerful symbol – and our sailors and marines ashore can be excellent ambassadors of our good will.

Fourth, ship visits to foreign ports may also serve specific military and security goals. Port familiarization in peacetime will greatly assist our fighting forces during a contingency involving a friend or ally. We may seek to enhance deterrence in support of a particular friend or ally.  And we may use the port of call for strengthening Navy-Navy ties through tailored activities and discussions.

And finally, foreign ports can also provide safe harbor when ships are in distress (e.g. severe mechanical, weather or other issues that may impact safety of the crew). While such cases may be rare, it is nonetheless a tradition as old as time for coastal communities to serve as places of temporary refuge for mariners in need.

How does Hong Kong stack-up in these latter three areas?  Here is where it gets increasingly questionable. First, let’s look at the question of political goals.  The United States has held the view since Hong Kong’s reversion in 1997 that our ship visits are a way to support Hong Kong’s “genuine autonomy” as promised in the 1984 Joint Declaration, Hong Kong’s Basic Law, and our own Hong Kong Policy Act. Yet with Beijing’s increasing heavy hand on matters related to Hong Kong, our continued port calls have become a symbol of our acceptance of Beijing’s efforts to rein in Hong Kong, not symbols of support for its autonomy. When Beijing made the unfortunate announcement that Hong Kong’s Chief Executive would not be freely elected in 2017 as promised, we did nothing to alter our ship visit program. Hong Kong is an important financial center with heavy American investment. But when citizens are kidnapped off the streets of Hong Kong by central governing authorities in Beijing while our ships sit idly by in port, our government appears impotent and we lose the reassurance our presence is supposed to provide.

Hong Kong contributes very little to our military and security goals. Clearly in any known contingency in the South China Sea or Taiwan Strait, the port would be unavailable to our ships.  Moreover, Hong Kong has failed to serve as an important vehicle for military-to-military engagement between the U.S. military and the People’s Liberation Army (PLA).  In fact, the PLA has been relatively low-key in Hong Kong – at least so far – and the rare multilateral search and rescue exercises which have featured both U.S. and Chinese forces could certainly be conducted elsewhere.

Most regrettably, Hong Kong even falls short when it comes to the basic duty of providing reliable safe harbor for ships in distress. In 2007, the Chinese central government denied a request from two U.S. minesweepers to escape an approaching storm and receive fuel. This was an egregious violation of an unwritten though time-honored rule of international maritime states to assist ships in distress. Had the roles been reversed, it is unimaginable that we would have turned away a Chinese vessel in need.

Taiwan, in contrast to Hong Kong, would meet the aforementioned criteria. U.S. ship visits to Taiwan would help support the goals of the Taiwan Relations Act, and would send reassurance to the people of Taiwan at a time when Beijing is increasing pressure on our democratic friend.  We could enhance our operational readiness in meaningful ways related to a known contingency for which our own law obligates us to prepare. Unlike PRC-controlled Hong Kong, Taiwan would always be there if we were in distress – as they were when two U.S. F/A-18s were forced to make an emergency landing at Tainan Air Base in Taiwan in April 2015. The outstanding reception those pilots received stands in stark contrast to how the aircrew of the EP-3 was treated in Hainan Island after an emergency landing in April 2001.

This begs the question – why not make U.S. Navy port calls in Taiwan?  One must conclude our government is overly cautious and afraid of the unknown. The bureaucratic reflex is always to default against setting new precedence if there is any perceived risk. While it is true that U.S. ship visits were suspended with the break in relations in 1979, it also true that they have never been explicitly prohibited by official guidance or any standing policy. In fact, senior members of the Carter Administration who supported cutting diplomatic ties with Taiwan in 1978 also supported the continuation of U.S. Navy port calls after the change of diplomatic relations. It’s an accident of history rather than policy that such a precedent became locked-in. We failed to make a port call immediately after January 1, 1979, and bureaucratic inertia took over from there. Fast forward more than three decades and our community of government China-hands relegate the notion of U.S. Navy ship visits to Taiwan as “something we just don’t do.”

The political and security environment has changed a great deal since 1979. Taiwan is a full-fledged democracy and willing security partner to the United States. China’s assertiveness threatens peace and stability in the Taiwan Strait and the South China Sea. And China’s ballistic and cruise missile deployments which hold our forward deployed forces at risk demands that we identify more diverse range of options for access in the Pacific Theater before an actual contingency. Would the PRC object to a U.S. ship visit to Taiwan?  Of course they would. But the cost-benefit ledger seems to be titling more in favor of accepting the risk.

In the mid-1990s, I served as one of the Department of Defense (DoD) representatives on the U.S. negotiating team for the discussions with China related to the pending reversion of Hong Kong sovereignty to the PRC. DoD’s position on continuing ship visits to Hong Kong was that it was desirable, but not critical. We had other options. I believe that remains true today. While we should continue to request port calls to Hong Kong for the foreseeable future, Chinese leaders themselves have created the conditions that compel us to look elsewhere for more reliable, welcoming ports of call. Taiwan should be included in our annual ship visit program as an outstanding port of call that will serve U.S. strategic interests in the Asia-Pacific.

This article first appeared in the Diplomat. Randall Schriver is the President and CEO of the Project 2049 Institute. He formerly served as the Deputy Assistant Secretary of State for East Asian and Pacific Affairs.