Getting the U.S.-China Relationship Right

The People’s Republic of China and Burma: Not Only Pauk-Phaw 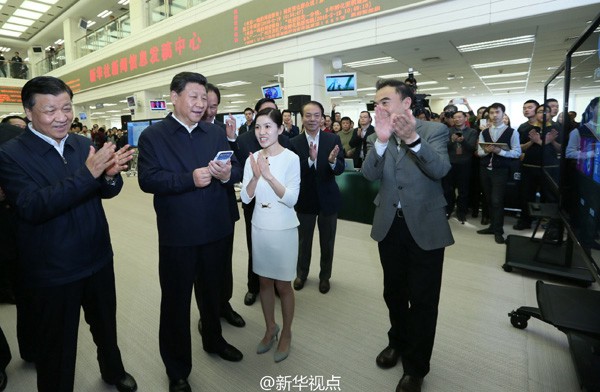 Conventional wisdom surrounding the Chinese Communist Party’s (CCP) censorship practices involve two main principles: 1) the CCP aims to remove all negative commentary critiquing the Chinese government, the Party, its leaders, or its policies, and 2) the CCP makes an effort to introduce positive posts in order to counter negative narratives that may emerge. Yet substantive research by Dr. Molly Roberts on censorship in China suggests otherwise. Co-authored with Gary King and Jennifer Pan, Dr. Roberts has contributed to two main works that challenge established views and provide significant contributions to our general understanding of the CCP’s censorship apparatus.

Adding to the nuances of the Party’s censorship practices, Dr. Roberts’ work on the CCP’s post-deletion practices [i] entitled, “How Censorship in China Allows Government Criticism but Silences Collective Expression,” concludes that the CCP’s censorship is actually targeted towards posts which could lead to collective action activities, rather than posts that criticize the government. Her work on astroturfing (otherwise known as “reverse censorship”)[ii] titled “How the Chinese Government Fabricates Social Media Posts for Strategic Distraction, not Engaged Argument,”asserts that the CCP inserts posts with the aim of diverting attention, instead of cheerleading for or promoting the government.[iii] Both of these findings provide important and novel insights into the Chinese Communist Party’s interests and goals.

To expand upon these conclusions, the Project 2049 Institute and Dr. Molly Roberts discussed the Chinese Communist Party’s censorship practices and their implications for future CCP policies, both foreign and domestic. Dr. Roberts is an Assistant Professor in the Department of Political Science at the University of California, San Diego. Her research interests include the intersection of political methodology and the politics of information, with a specific focus on methods of automated content analysis and the politics of censorship in China. She has published numerous papers and is currently working on a book that explores the impacts of incomplete censorship.

The conclusions of both your works on post-deletion and astroturfing tactics in the People’s Republic of China (PRC) have a similar theme―the Chinese government, on a general basis, tacitly allows posts that critique the Party, its leaders, and its policies while strategically practicing a policy of non-engagement to “correct” such criticisms.   This demonstrates that the main threat to the Chinese Communist Party is collective action, not negative commentary. While this explains the Party’s domestic interests, what do these conclusions reveal about the PRC’s foreign policy interests, strategies, and goals?

As you mention, the Chinese government’s censorship strategy is mostly focused on its domestic interests as the censorship is aimed at a domestic audience.   However, there are moments when the PRC’s foreign policy and domestic interests overlap. For example, in the past, nationalism and negative sentiment toward other countries have created protests in China, which can be destabilizing.  The evidence from the leaked dataset suggests that while online propaganda in China can be nationalistic, it doesn’t seem to be focused on taunting foreign countries, as some have speculated.

You have noted in the past that in order for China’s post-deletion to be effective, the government must control all websites, which includes blocking U.S. news and social media sites in addition to their own. You pointed out that this could be problematic given that such a process creates two completely differing views of international relations in the U.S. and China. Have you completed any additional research on this issue, or have you witnessed any negative repercussions of this issue in U.S.-China relations?

While we know that censorship has an impact on access to information in China, due to the fact that relatively few people in China evade the Great Firewall, it’s very difficult to estimate its impact on beliefs about international relations and the United States, especially over the long-term. This is partly because censorship coincides with related phenomena, like increasingly nationalistic curricula, that also have an influence on public opinion regarding international relations in China.  This makes it difficult to know what U.S.-China relations would look like without censorship.  More research needs to be done in this area.

In your work on astroturfing, you conclude that the goal of the CCP’s massive operation is strategic distraction rather than engaged argument. How do these results fit with what is known about the Party’s censorship program? And how do the results alter our broader theoretical understanding of “common knowledge” and information control in authoritarian regimes?

The work on astroturfing and censorship highlights how the CCP uses a combination of methods to “set the agenda” of the media environment in China.  We know from experience living in a democracy that one of the most effective strategies for politicians when asked a difficult question is to change the subject.  Our work shows that the CCP is also using this strategy to reroute citizens toward topics and issues that reflect better on the regime.  It aligns with our previous work on censorship in that the government is less focused on manipulating sentiment on any particular topic, but is focused instead on removing information about really dangerous topics (in particular collective action), and distracting with others, to set the agenda.

In the same article, you briefly explore how the Chinese government’s general cheerleading for China, the revolutionary history of the Communist Party, or other symbols of the regime could create a general sense of optimism towards the country’s development, which transfers to optimism towards public outlook of the Party. While you argued that it is not a valid conclusion to be drawn from your research, can you share your thoughts generally on the relationship between the cheerleading posts submitted by the government and the Chinese people’s view of China and China’s place in the world?

The overwhelming positivity of the posts is striking and is consistent with what seems to be a larger effort of the Chinese propaganda system to promote positivity in the media environment. We see this in authoritarian systems around the world. Particularly during sensitive time periods, governments emphasize positive stories in the media to offset the influence of other challenges faced by the regime.  Again, this is part of an agenda-setting strategy; these posts tend to remind citizens of the good aspects of their life and of symbols that reflect the CCP’s successes.

As you have suggested, the Chinese government’s strategy of allowing negative posts to remain in tact is fairly effective because it allows the CCP to better understand the people’s grievances and gives the government the opportunity to react and change if necessary, thus helping to maintain their hold on power. What does the effectiveness of China’s censorship and information control apparatus demonstrate about the CCP’s regime institutionalization and longevity? What of their insecurities, if any?

The Internet has undoubtedly helped governance in China by allowing citizens to communicate their needs in a public forum.  What is often overlooked, is that the Chinese government has in part embraced this; the CCP has set up websites for citizen feedback, required local governments to respond to concerns citizens voice online, and used the Internet as a means for checking local government performance. Top leaders in the CCP have repeatedly emphasized publicly that the government should use the Internet to respond to and resolve citizen complaints.  Rather than censoring criticism, it’s clear that the government has realized that it’s often more effective to identify and respond to it.

How does your upcoming book on the impacts of incomplete censorship add to the conversation regarding the censorship practices of the Chinese Communist Party and its global impact?

The book proposes a framework for understanding the approaches governments take to censorship in a digital environment, and explores, more broadly, how citizens react to censorship.  Censorship in China is rarely complete — censorship typically frustrates, but does not completely prevent, access to information.  Citizens can typically find ways around it. However, we know from surveys and from social media data that very few Chinese citizens evade it.  Conventional wisdom would suggest that people may be afraid to evade censorship, but I show in the book that this is not typically the case.  Costs of access, even really small ones like a slow webpage or a pay wall, have big effects on what information people consume on the Internet.  Instead of being afraid, many people in China have no reason or find it too bothersome to spend the time to evade censorship.  While there are cases when many people are willing to evade censorship, like during crises, for example, or when their habits are disrupted (see this paper with William Hobbs on what happened when China blocked Instagram), these are the exception rather than the rule.  The book suggests that we have to think of censorship in broader terms: small frictions or even flooding like astroturfing can have large impacts on the consumption of information, particularly in the age of the Internet.

What issue areas do you believe are important to explore further? What needs additional research in order to better inform our knowledge of China, the Chinese Communist Party, and its current role in the world?

An area that needs further examination is the economic impact of censorship.  A way to think about censorship’s effect on the U.S.-China relationship is to think about censorship in the context of international trade. By blocking some U.S. websites and making them more difficult to access, censorship acts as a tax or a tariff on foreign information. Domestically, this protects some companies in China that would compete with blocked U.S. websites, but hurts many businesses, and likely stymies innovation in China because entrepreneurs have more difficulty accessing information.  In addition, it hurts students who have less access to information, and, therefore, probably has negative long-term effects on human capital.  More research should be done to estimate these impacts.  This would help us better understand the cost the CCP is willing to pay for censorship, and it would also help to identify the domestic losers and winners created by censorship policies.

Emily David is a Fellow at the Project 2049 Institute. She completed her Master’s in Chinese Politics, Foreign Policy, and International Relations at Tsinghua University in Beijing, China. The author would like to thank Rachael Burton and Annabel Virella for their contributions.

[i] Dr. Roberts presented on her research at the following conference, “China as a Responsible Stakeholder? A Decade Later,” Project 2049 Institute, March 23, 2016 at https://www.youtube.com/watch?v=36SfwXfSKuE.