The Logic of Historical Nihilism: Analyzing the PRC Orthodoxy on the Origins of the Korean War 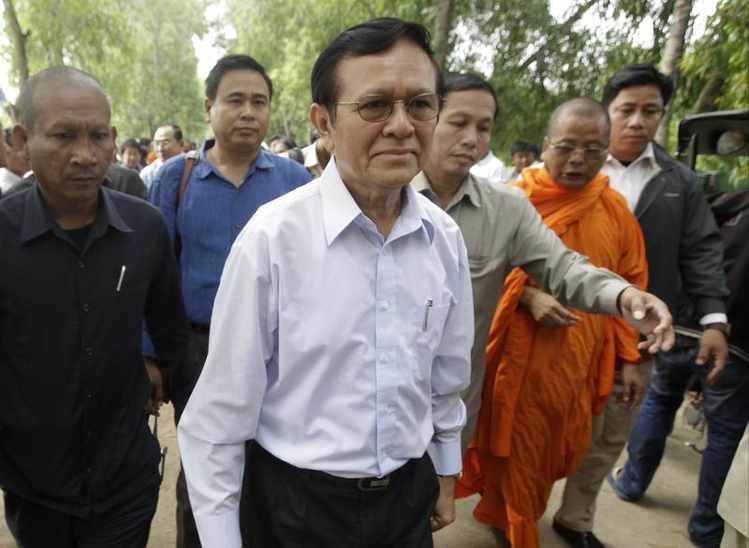 This article was originally published in RealClear World (May 30, 2017).

On June 4, the people of Cambodia will line up to vote in local elections featuring an opposition party that is organized to compete effectively for the first time in decades. Will the long-time ruling party allow these elections to be a fair fight? If so, that would also be a first.

Kem Sokha, president of the opposition Cambodia National Rescue Party (CNRP), is often seen as a mild-mannered figure, one with a strong focus on human rights, social issues, and village economics. Observers were therefore surprised last year when Sokha barricaded himself in the party’s Phnom Penh headquarters and refused to appear in court to answer trumped-up charges against him. The government deployed attack helicopters to buzz CNRP headquarters and stationed armed troops across the street from the building in an effort to intimidate Sokha; but he would not budge. On Sept. 9, 2016, the Phnom Penh Municipal Court found Kem Sokha guilty of failing to appear as a witness, but Sokha was eventually granted a royal pardon from King Norodom Sihamoni, and Prime Minister Hun Sen declared what he called a political cease-fire, suspending his long-running attacks on opposition political figures. Still, the episode served another reminder of how far Hun Sen and the ruling Cambodian People’s Party (CPP) would go to maintain their hold on power.

In 2013, the CNRP — then a newly formed coalition of longtime opposition groups and leaders — shocked the prime minister and his party by winning 55 seats in the national assembly despite rampant fraud and irregularities. As other opposition parties had in the past, the CNRP garnered strong support in the capital, Phonm Penh, and among young people, but it remained weakest in the rural Khmer heartland. This town-country divide has long been most starkly illustrated at the local level: Coming into this year’s communal elections, the CNRP and other opposition parties only hold about 3 percent of commune councilor seats. Overcoming the CPP’s entrenched strength at the commune level — a dominance maintained by a combination of graft, coercion, and abuse of authority — has been considered an impossible dream since the CPP’s manipulation of the country’s first democratic elections and Hun Sen’s orchestrated coup in 1997. This year however the opposition, united and better organized under the CNRP banner, is expected to perform well due to their unprecedented effort to present candidates for all seats on a platform emphasizing the development of rural areas, and thanks also to the expectation of a cleaner electoral system courtesy of substantial donor support from Japan and the European Union.

As the CNRP’s prospects have improved, Hun Sen and the CPP leadership have escalated their threats of civil war and violence. Claiming alternately that a CNRP victory could lead to a civil war and that the authorities will violently suppress any CNRP-led protests if the ruling party loses, Hun Sen and other senior officials have blatantly threatened the right of the Cambodian people to cast their ballots free from intimidation.

Since 1985, Hun Sen has solidified himself at the epicenter of power in Cambodia. A former battalion commander under the Khmer Rouge, he fled to Vietnam and collaborated with the Vietnamese to overthrow his former comrades. Upon his return to Cambodia, he was appointed deputy prime minister and foreign minister of the Vietnamese-installed People’s Republic of Kampuchea. Over the course of 30 years characterized by capricious brutality and growing authoritarianism, Hun Sen and his family have amassed unparalleled power and influence over Cambodia’s military and its socio-economic and political environment. Since 1998, Hun Sen has served as prime minister of Cambodia, a post he aims to retain until at least 2026. As the leader of the CPP, he has asserted control over Cambodia’s judicial and electoral processes through violence, repression, and corruption. More recently, he has turned to China as a political and economic patron and has used his access to Chinese investment funds to cement his rule while enriching his friends and family.

CNRP and the communes

Cambodia’s National Elections Committee announced that 7,878,194 people had registered to vote in the 2017 Commune Elections, representing 81.47 percent of the total number of potential voters older than 18. To have a viable chance of success in the 2018 general election, the opposition party must expand and solidify support in the rural communes. Prior to the formation of the CNRP in 2012, the CPP had won more than 70 percent of the vote in local elections, securing 1,592 of the 1,633 communes — 97 percent.  Issues such as land grabbing, a widening wealth gap, corruption, and illegal logging are high priorities for voters in the countryside. Therefore, the CNRP has attempted to reorient its message to the communes, marketing itself as a responsible party of the people in contrast to the Hun Sen government. In this vein, Kem Sokha has said that the CNRP would dramatically reform the current ministerial structure focused on rural development, using an anticipated $823 million in allocated savings to fund each of Cambodia’s 1,646 commune councils directly. (That sum would account for nearly one-fifth of the national budget.) The councils, who currently each receive about $57,000 in funds primarily to support administrative costs, would benefit from expanded capability to support community programs. CNRP is championing decentralization and advocating against corruption, as is evident in their attempt to use the following campaign slogan: “Replace the commune chief who serves the party with a commune chief who serves the people.”

The CPP under Hun Sen’s leadership routinely exploits the collective trauma the country still shares from the chaos, death, and instability of the Khmer Rouge, emphasizing the party’s role in ensuring peace and economic growth after 1997. Such themes resonate particularly with older voters fearful of any deviation from the status quo of Hun Sen’s Cambodia. Recycling old rhetoric, Hun Sen’s threats of force aim to incite fear in the hearts and minds of voters.Defense Minister Tea Banh has echoed such threats, threatening to “smash the teeth of anyone who dared to demonstrate against election results” in the event of a CPP victory. This is reminiscent of the government’s 2013 threats to incite social upheaval after the CNRP earned promising election results. Despite widespread accusationsthat the CPP had rigged the elections and engaged in voter fraud, CNRP supporters did not protest the results with violence. Rather, the widespread protests that followed the election results were subjected to relentless provocations by CPP thugs and violent unprovoked attacks by security forces.

Once again, the CNRP has responded to Hun Sen’s current incendiary threats with calm and non-violent efforts to reassure their supporters. Sokha has appealed to all political parties to refrain from using force, threats, coercion, or deception to vie for influence and power, and has called on politicians to appeal to voters by discussing their political platforms, policies, and agendas.

According to Voice of America, internal CPP surveys suggest the ruling party could suffer a 10 percent loss to the CNRP and 10 other registered parties at the commune elections, with some estimates suggesting that the swing could go as high as 30 percent. As evidence of the CPP’s growing concern, Hun Sen recently announced that he would take part in official campaign events to support his party’s commune councilor candidates. This would be a rare move — he has not directly campaigned since 1998. The CNRP has already solidified strong support among urban and youth voters. If their appeal in the rural communes improves by as little as 10 percent, the shift could have a significant impact on the CPP’s representation and on political momentum heading into the 2018 general elections.

Hun Sen explicitly favored then-candidate Donald Trump during the 2016 U.S. election cycle — both leaders share a habit of criticizing negative media coverage of their administrations. However, the transition to Trump has yet to yield improved relations with the United States. The Hun Sen government has in fact escalated its anti-American rhetoric as it increasingly turns toward its “big brother,” China, for economic and military assistance. In April, Beijing and Phnom Penh signed a memorandum of understanding that will broaden bilateral cooperation in the following sectors: politics, economy, trade, investment, tourism, culture, and people-to-people relations. While Hun Sen touts Beijing’s “no-strings-attached” foreign policy, Cambodia plays an increasingly unhelpful role in advocating on behalf of the Chinese position within ASEAN, giving Beijing substantial leverage to advance its strategic interests in the region.

Southeast Asian countries have no choice but to engage in some form of balancing between the United States and China, but those who are smartest and best at this balancing act know it should not be conceptualized as a zero-sum game. For instance, Southeast Asian countries looking to diversify their economic partners and U.S. companies seeking investment opportunities both benefit from the kind of political stability and predictable rule of law found in sovereign democratic countries. Likewise, the type of investors who are drawn to high-risk political environments are not going to encourage broad-based, sustainable growth in the places that need it most. It is in these areas of shared interest — where the United States and like-minded partners such as Japan and the European Union have a comparative advantage in terms of practice and preference — that we can work most effectively with partners in the region who are on the front lines of China’s economic and political rise.

As Cambodians go to the polls on June 4, they face a stark choice about the future of their country’s sovereignty and independence, as well as whether they will make progress on their long road to peace and democratic self-governance. The CPP’s threats of violence and its reliance on election-rigging are remnants of Cambodia’s past. The entire region, as well as those who seek to engage it in a positive and forward-looking way, will benefit from a Cambodian electoral environment that is free from violence and intimidation, and a government that allows Cambodians to take the next step toward genuine sovereignty and peace.

Rachael Burton is a Research Associate at The Project 2049 Institute. She currently conducts research and analysis on Chinese influence in Southeast Asia, the Chinese Communist Party’s foreign policy, and the People’s Liberation Army (PLA). The views expressed are the author’s own.