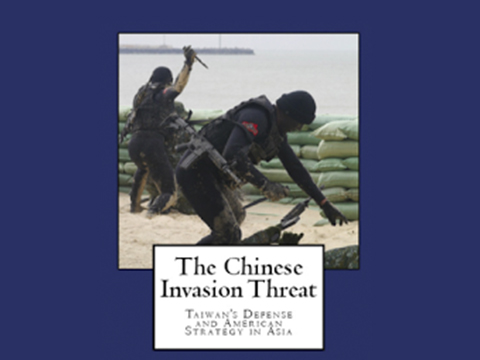 An Interview with author Ian Easton

The book is about China’s secret military plan to invade Taiwan and how such a tragic future can be avoided. Most people believe North Korea is the biggest national security threat America faces, but a great power war between the U.S. and the PRC over Taiwan would be far worse. The Taiwan Strait flashpoint is also structurally less stable than the Korean Peninsula. It seems highly unlikely that anyone in North Korea actually thinks they could win a war against South Korea and the United States.

My grandfather was a Marine who fought his way across the Pacific in World War II. Growing up, I was always asking him about the war. In response, he would sit me down and tell about these terrible battles, always emphasizing the point that war is hell and peace is precious. Later, when I moved to Taiwan to study Chinese, he told me that his unit was originally assigned to Operation Causeway, the planned February 1945 assault on Taiwan. Ultimately, the Pentagon aborted the operation and ordered the Marines to “leap-frog” Taiwan and land on Okinawa instead. My grandfather thought that was a brilliant move, and one that may have saved his life and, by extension, mine. So I had a personal connection to the history there. On top of that, it’s pretty hard to live in Taiwan for any length of time and not think about the threat China poses to the island, especially after your first air raid drill.

In collecting research materials for the book, I went to all the same places as other American PLA-watchers. The breakthrough came in early 2015, when I was flipping through this internal Chinese army field manual and noticed that over 100 pages of it were dedicated to something called a “Joint Island Attack Campaign.” I started reading and soon realized this was code for the invasion of Taiwan. After that, it seemed like every PLA document I picked up had at least a chapter or two on this operation.

What surprised me was how obsessed the Chinese military is with invading Taiwan. According to them, this is their biggest and most difficult war plan by far. They seem to see it as this inevitable conflict. I was also surprised, and disturbed, by how brutal and bloody they envision the invasion to be. The training they give officers in China is very different from what in men and women in uniform receive in countries like the United States. I have read stacks of internal PLA documents on their visions for this operation. Not once have I seen a single line reminding the intended readers (Chinese officers) that they should respect international law and conventions regarding the avoidance of civilian casualties―this even when they are talking about urban warfare and house-to-house fighting in the streets of Taipei!

I’m doubtful that many of them will be allowed to read it. If they do, the political officers will likely despise the book since it goes against their propaganda line. But I suspect the real warriors in the PLA will appreciate it. They are professional pessimists and probably don’t like the idea of wasting their lives trying to do something awful like this.

They will probably think I’m giving them too much credit. They are a very self-critical community. They are trained to assume the sky could start falling at any moment and think they must prepare accordingly. But I firmly believe the Taiwanese are capable of mounting a ferocious defense of their homeland. I lived in Taiwan for over four years and saw firsthand how capable and tough the people there are. And I’ve seen the terrain, the beaches, the tunnels, how dug-in they are everywhere. I even went to the factory where they make their guns and test-fired their homemade T91 assault rifle. It’s a great weapon for island defense and urban warfare.

Overall, I guess I’m cautiously optimistic. Certainly I’m not losing any sleep. While the American track record on supporting Taiwan in recent years has been poor, there seems to be a growing sense in Washington that much more needs to be done and can be done to preserve the peace.

That’s a great question, and it should be carefully studied and debated in Washington. I think it’s certainly true that the most critical question deciding war and peace in the Strait will be what the United States does to bolster Taiwan’s defense and deter Chinese aggression. Taiwan, like Japan and South Korea, cannot deter Chinese attack by itself without nuclear weapons, which they don’t have and are unlikely to get. But I don’t think the time has yet come for any explicit American commitment to Taiwan’s defense. The situation is not nearly that dire. In the near term, Washington should send implicit signals of support to Taipei using diplomatic, economic, and defense channels. In that regard, President Trump’s phone call with President Tsai was very helpful. That alone was worth the deployment of an entire squadron of F-35 stealth fighters or a THAAD missile defense battery. Politics is everything, especially in Asia. The hardcore military stuff is what you resort to when your policies have completely failed. War, by its very nature, is the ultimate act of human desperation. It means your national strategy, your intelligence, and your diplomacy all failed. Let’s hope it never comes to that.

The Chinese Invasion Threat: Taiwan’s Defense and American Strategy in Asia is now available on Amazon (paperback and e-book).

Ian Easton is a research fellow at the Project 2049 Institute and author of the book, “The Chinese Invasion Threat: Taiwan’s Defense and American Strategy in Asia”.