China Is Tightening the Screws on Taiwan. Will Trump Act – and Risk Losing Beijing? 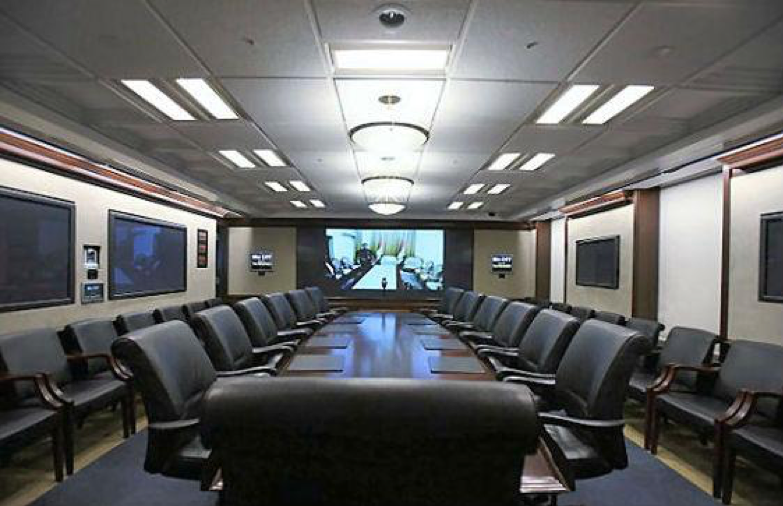 There is an odd defect in the human mind that allows people living under an enormous dam to suffer little anxiety as the reservoir behind it gradually fills to the brim and the concrete walls crack from the mounting force. In such circumstances, most people will go about their daily business. The specter of sudden catastrophe will remain unthinkable to them, if only because it has not yet happened―as if the ravages of time were positive evidence, instead of something to worry about.

In the aftermath of disaster, the same defect will cause survivors to blame it all on the trigger event, the unforeseen engineering flaw or earthquake or storm that finally burst the dam and brought the water crushing down. People naturally ignore that unhappy reality: all dams break sooner or later if they are not strengthened.

Like people living under a slowly failing dam, many observers of the Taiwan Strait flashpoint are convinced that the unthinkable will not happen as long as no trigger event occurs. Of these, the most frequently mentioned is a formal Taiwanese declaration of de jure independence.

Yet proximate causes of war, while dramatic and easily seen, are unimportant when the situation is structurally unstable and the political problems intractable. In situations such as this one, violent conflict may eventually become unavoidable no matter what Washington and Taipei do. Attempts to appease Beijing are at least as likely to encourage aggression as those aimed at providing Taiwan with international recognition. Sooner or later, the dam is probably going to surrender to the pressure and break. 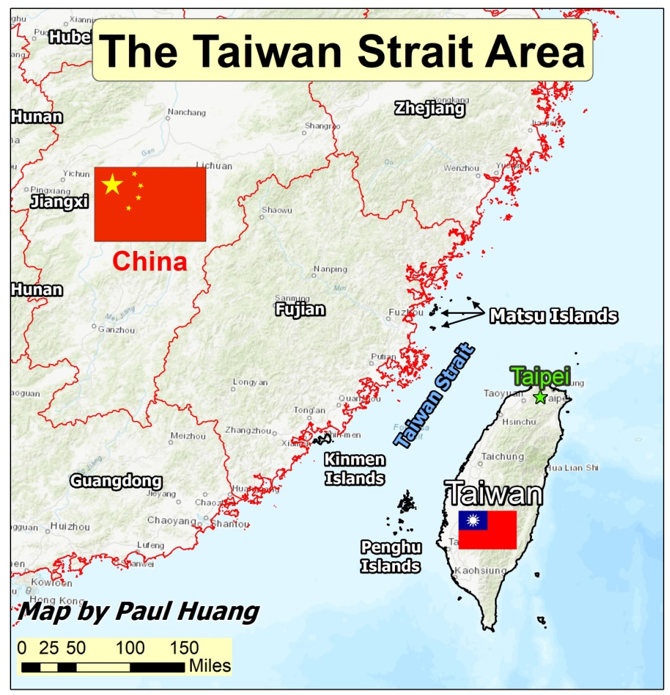 The Taiwan Strait has separated two countries, China (PRC) and Taiwan (ROC), since 1949. The fissures between them have grown over time and will continue to grow. For a long time, both Beijing and Taipei falsely claimed that there was only one China in the world and they were the sole legal representative of it. Only one side now maintains that position.

To resolve the issue, China has engaged in an arms race on a breathtaking scale, while the United States, distracted by budget problems at home, has allowed its defenses to stagnate in the Pacific. American leaders have done little to address the fact that China’s main strategic objective is to conquer Taiwan, something that would give Beijing hegemony over East Asia and the Western Pacific.

If nothing major changes, if the U.S. continues conducting business like everything was fine in the Taiwan Strait, the dangers will continue to rise. They will rise up to the point where the slightest push could set off a chain of events that unleashes seven decades of pent-up aggression. 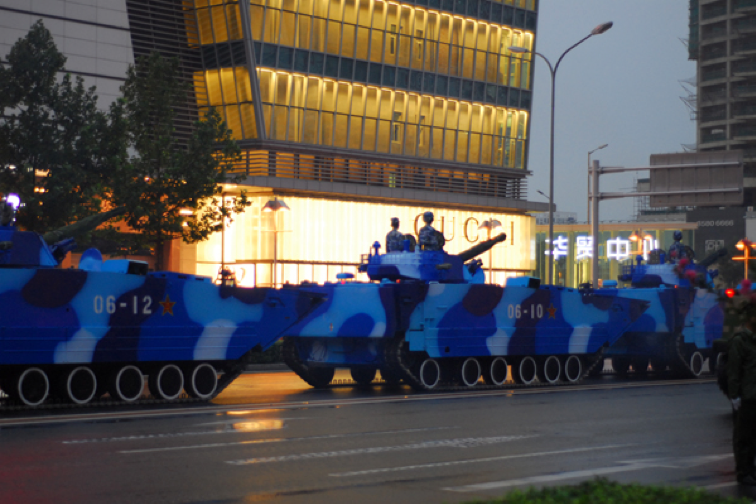 The trigger for war could very well be an accident or innocent act. It might be something calculated as benign, but perceived as hostile. It may go down in history as an infamous event, or it may not be understood what exactly happened. Like the case of World War I, the true cause could be debated for a century and still undecided.

Defense plans are for times of madness like these, but they are of limited utility by themselves. It is important to be ready when the dam bursts. Far better would be to figure out how to strengthen the dam and lower the pressure.

Going forward, one of the central problems for U.S. foreign policy in Asia is that Taiwan, a democracy located in a crucial geostrategic location, could be invaded. The question every political leader and military officer from Washington to Honolulu, and from Tokyo to Canberra should be asking themselves is, “What would we do in the event of a Chinese invasion of Taiwan?” An even more important question might be, “Are we on a path that makes this high-end conflict more or less appealing to China? Can we prevent Beijing from breaking the peace?”

It is not enough for American strategists to think about whether or not they could fight and win a war with China. They must also think about how their adversary thinks about war, so they can effectively induce him or coerce him away from it, to do things to make it less tempting.  Because this problem is unlikely to go away, and will only get more acute over time, it is essential to think in terms of a long-term competitive strategy.

The United States will find it difficult to maintain a favorable balance against the PRC unless it reevaluates its policy and begins to seriously integrate Taiwan into its strategy. For its part, Taiwan will not be able to ensure its security unless it is able to get more support from America. Peace and stability in the Taiwan Strait turn on whether or not Washington and Taipei can improve their bilateral political, economic, and military relationships.

Progress undoubtedly can be made, with a bit of diplomatic ingenuity, while maintaining a formal, but unofficial, relationship. Achieving official government-to-government relations should be the long-term goal. It is strategically unsound and morally indefensible for America not to diplomatically recognize a democracy and capable partner. Ideals, of course, oftentimes must be tempered with pragmatism. It is critical to evolve policy in a steady and incremental fashion to avoid sudden and destabilizing countermoves from China.

The United States should focus on new initiatives which reflect the objective reality that Taiwan currently exists as a free and sovereign state. Since 1979, the most tangible manifestation of Taiwan’s international political legitimacy has been American arms sales. However, since 2006, the United States has developed a pattern of freezing arms sales for long periods of time out of deference to Beijing. Multiple administrations have bought into the narrative that frequent, high-quality arms sales are too provocative to China.

This strategy has damaged America’s credibility as a reliable security partner. It has also undermined Taiwan’s negotiating position with China. Whether or not top-tier weapons systems like advanced fighter jets and stealthy diesel submarines could alone turn the tide at the tactical level of warfare is debatable and cannot be known until there is a war. At the strategic level, however, these systems would be valuable for bolstering Taiwan’s defense. Their positive political effects would be immediate and undeniable, greatly bolstering confidence and morale in Taiwan ― while gaining respect from Beijing. 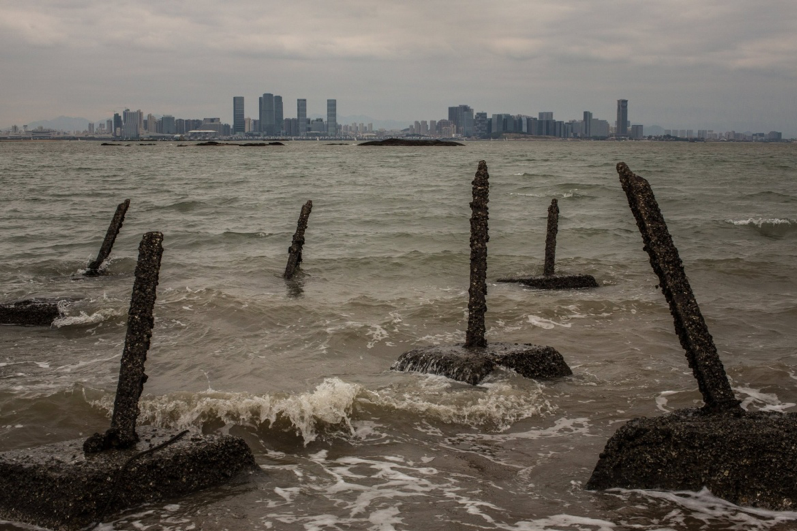 It would be unwise for the U.S.-Taiwan military and security relationship to continue to be so heavily dependent upon arms sales alone. Resiliency in any relationship is not found by creating single points of failure.

President Trump and his top advisors should consider conducting regular exchanges with their Taiwanese counterparts, in person and on the phone. Taiwan should be invited to participate in activities such as international maritime events and negotiations over territorial disputes.

U.S. military commanders, especially those at the two-star and above rank with significant joint experience, should regularly visit Taiwan from the Pentagon, Pacific Command, and Seventh Fleet. In a crisis, it will be imperative that they are able to provide the President with military judgments that are informed by actual knowledge of the local terrain, both human and geographic. The highest-ranking U.S. defense official serving in Taiwan should be at least a one-star general, not a mere colonel, as is currently the case (in South Korea, we have a four-star general. In Japan, we have a three-star admiral).

Other efforts to demonstrate support for Taiwan’s defense are possible and would be important components of a closer military and security relationship. Congress has advocated for reciprocal ship visits, bilateral exercises, and defense industrial cooperation. These should all be positively considered by the White House.

Taiwan’s capable military should be allowed to work side-by-side with the U.S. military in conducting humanitarian and disaster relief operations, counter-terror operations, and cyber operations. Taiwan played an important, but thankless, role in responding to reconstruction in Afghanistan, the nuclear disaster in Japan, Typhoon Haiyan in the Philippines, Ebola in Africa, and ISIS in Iraq.

Much more can and should be done to make sure that Taiwan’s future efforts are closely coordinated with those of the U.S. military. Until that happens, America’s Taiwan strategy is broken, and China is in charge.

The Trump team has the power to fix our Taiwan strategy problem. Sadly, they have been distracted by crises elsewhere. It is imperative our policymakers break gaze with the seemingly hypnotic North Korean missile and bomb show. An even bigger and more deadly war could be looming ahead.

Ian Easton is a research fellow at the Project 2049 Institute and author of The Chinese Invasion Threat: Taiwan’s Defense and American Strategy in Asia.