A Message from the Project 2049 Institute: Condolences for Taiwan Helicopter Crash Victims

Today, the Project 2049 Institute announces the resignation of our Chairman, The Honorable Richard L. Armitage. We have benefited immensely from Mr. Armitage’s strong leadership and tutelage over the past two years and we have cherished the opportunity to work with him and learn from his insights. Mr. Armitage will be missed, but his legacy of excellence, thoughtfulness, and foresight will continue on in our organization and our work.

To assume the role of Chairman, we are delighted to announce the homecoming of The Honorable Randall G. Schriver, former Assistant Secretary of Defense for Indo-Pacific Security Affairs, and former President and CEO of the Project 2049 Institute.

“A true leader, with a proven record of government and military service of the highest caliber, Randy provided a signal service to our country as Assistant Secretary,” said Mr. Armitage. “With a career that reflects the Institute’s mission of making the Indo-Pacific region more peaceful and prosperous, and as one of the organization’s founders, the Project 2049 Institute warmly welcomes Randy’s return. Randy will continue to guide the Institute to new heights in the coming years.”

We are deeply proud and excited by Mr. Schriver’s great accomplishments. As former Assistant Secretary, he brings remarkable depth and experience to the job. A founder of the Project 2049 Institute, Mr. Schriver will resume his leadership at our organization, and we feel honored and privileged to serve under his direction. “I am honored to accept the position as Chairman of the Project 2049 Institute,” said Mr. Schriver. “Encouraged by the skilled leadership of Richard Armitage, John Gastright, and Mark Stokes, I am eager to resume my work at the Institute in a new capacity. I look forward to a successful future.”

A cornerstone of the Institute, Mr. Schriver’s steady leadership will guide Project 2049 into the 2020s. Please stay tuned for more exciting announcements regarding new research projects and policy initiatives.

The Honorable Randall G. Schriver is the Chairman of the Project 2049 Institute. Most recently, Mr. Schriver served as the Assistant Secretary of Defense for Indo-Pacific Security Affairs from 8 January 2018 to 31 December 2019. Prior to his confirmation as Assistant Secretary, Mr. Schriver was one of five founding partners of Armitage International LLC, a consulting firm that specializes in international business development and strategies. Mr. Schriver also co-founded the Project 2049 Institute in 2008 with Lt Col Mark Stokes (USAF, ret.), where he served as President and CEO. Previously, Mr. Schriver served as Deputy Assistant Secretary of State for East Asian and Pacific Affairs. From 2001 to 2003, he served as Chief of Staff and Senior Policy Advisor to the Deputy Secretary of State. From 1994 to 1998, he worked in the Office of the Secretary of Defense, including as the senior official responsible for the day-to-day management of U.S. bilateral relations with the People’s Liberation Army and the bilateral security and military relationships with Taiwan. Prior to his civilian service, he served as an active duty Navy Intelligence Officer from 1989 to 1991, including a deployment in support of Operation Desert Shield/Desert Storm. After active duty, he served in the Navy Reserves for nine years, including as Special Assistant to the Chairman of the Joint Chiefs of Staff and an attaché at U.S. Embassy Beijing and U.S. Embassy Ulaanbaatar. Mr. Schriver has won numerous military and civilian awards from the U.S. government and was presented while at the State Department with the Order of the Propitious Clouds by the President of Taiwan for service promoting U.S.-Taiwan relations. Mr. Schriver received a Bachelor of Arts degree in history from Williams College and a Master of Arts degree from Harvard University. 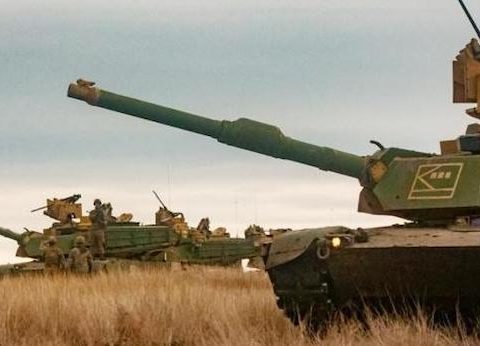 The U.S. Army Should Plan To Send Four Divisions To Taiwan: Expert 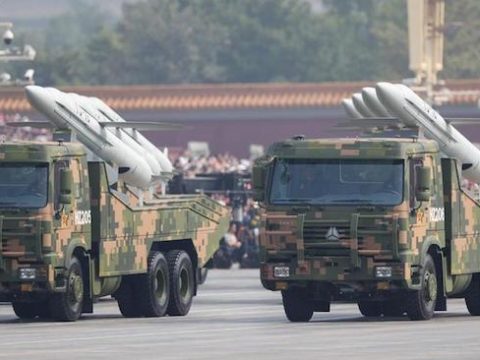 (Chinese anti-ship missiles like the YJ-18 are a threat to the U.S. Navy. Source: "Deutsche Welle.")

Taiwan: The Threat that the World Ignores