The Assassin Under the Radar: China’s DH-10 Cruise Missile Program

The KIO Puts Myanmar’s Dissent in a Kachin-22 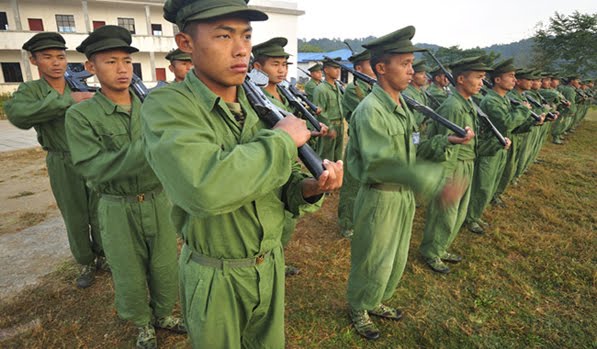 The Myanmar [Burma] government’s recent crackdown on ethnic separatist groups in the highlands has been interpreted by many critics as a mark of China’s declining ability to pacify the region. If that is true, then the Sept. 9 decision by the Kachin Independence Organization to participate in the government’s 2010 election was the first sign of acceptance that no one is coming to the dissenters’ rescue.

The KIO, one of Myanmar’s largest ceasefire groups, has greatly benefitted from 15 years of peace after many decades of insurgency. But they had threatened to fight rather than lend legitimacy to the government’s new constitution, which would institute a parliament but also give the military 25% of the seats and a veto over any parliament action.

With little support from ethnically Burmese pro-democracy groups like Aung San Suu Kyi’s National League for Democracy, the government has, in the last few months, increased its military pressure on minority ethnic groups.

Emboldened by Sri Lanka’s successes against the Tamil Tigers, they have pushed forward to solidify their reach into the upland jungle regions of Myanmar.  Recent offensives against the Karen National Liberation Army and the Kokang Region Provisional Leading Committee forces demonstrated both the groups’ disturbing lack of unity – the Democratic Kayin Buddhist Army were the government’s shock troops and the United Wa State Army folded in its support of both groups – and China’s lack of willingness to intervene.

The KIO’s decision to participate in the election, while perfectly understandable following the crackdown on their Kokang neighbors to the south, is a landmark victory for the government. The dominos have already started to fall as other groups similarly give in. Just two days later, the Kokang Committee also announced that they would follow in stride and accept the government’s package. These decisions only put more pressure on the other ceasefire groups and bolster the constitution’s domestic legitimacy.

Whether or not the government’s new constitution improves relations with Western powers, the KIO’s decision means that the document has become the future of Myanmar’s domestic politics. If the ethnic or pro-democracy groups are to achieve political reform, independence, or revolution, they will have to do so within the context of the constitution and the 2010 election. Myanmar’s dissenters will have to stop thinking like Tamil Tigers and start thinking like Iran’s Green Party.