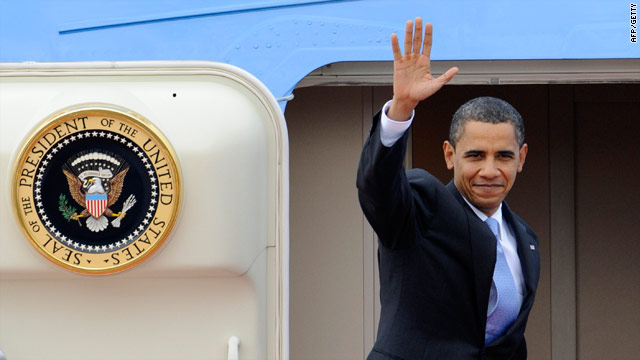 As President Obama prepares to depart China, it seems like a good time to check in on how his trip is going, particularly regarding key human rights issues.

Reviews of the Japan and Singapore portions of the trip have generally been positive, even as it became clear that there were no substantive outcomes forthcoming. His major set-piece Asia policy speech in Tokyo was well-received. In both tone and substance, the speech presented a far more balanced view of US relations with Asia than others from administration officials, who have at times appeared overly deferential to China and downplayed of the essential nature of our alliances in the region. Moving on to Singapore, he soothed anxieties on trade, climate change and other economic issues during the APEC portion of the trip, and announced that the next APEC meeting will be in Hawaii. More impressively, he managed to pull off the neat trick of embracing ASEAN while keeping one of its members safely at arms length. He issued a tough call for Aung San Suu Kyi’s release and broader political reform in Burma during the US-ASEAN summit meetings, and avoided getting caught in a “grip and grin” photo-op with Burmese prime minister Thein Sein, but was unable to secure a condemnation of Suu Kyi’s house arrest in the summit document.

China has of course proven to be the trickiest venue of his long Asian sojourn. With the Shanghai “town hall meeting with future Chinese leaders”, he tried to chart a safe course around the many sensitivities of his authoritarian hosts. The White House had hoped that this town hall would be an opportunity for spontaneous interactions with a cross-section of Shanghai youth that would be available live for China’s 350 million internet users. Instead, the event was tightly controlled by the Chinese authorities and was largely unavailable to those in China who could not scale the “Great Firewall.” Ironically, news stories about his comments supporting internet freedom in response to a question about the Great Firewall were heavily censored. Although the questions were handpicked, there were many opportunities in the speech for raising difficult issues with these “future leaders” of China.

Instead, he chose to play it safe. He did speak about American values and universal rights, but in an innocuous way couched in “respect for different cultures” and China’s “different traditions.” He chose to highlight fairly noncontroversial rights issues — opposition to child slavery and support for women’s rights – rather than discuss Tibet, Xinjiang, or indigenous Chinese movements such as Charter 08. This was particularly inopportune, given recent comments from the Chinese Foreign Ministry analogizing the American Civil War to the People’s Liberation Army occupation of Tibet, and the detention of prominent activists in the days before his arrival.

The joint statement and press conference today also held little positive news for human rights advocates. Aside from announcing the next round of the bilateral human rights dialogue, there was little said except that the two sides basically agree to disagree, respectfully, about human rights issues. Instead, Obama publicly acknowledged Chinese sovereignty over Tibet, while mildly expressing support for “dialogue between the Chinese government and the representatives of the Dalai Lama to resolve any concerns and differences that the two sides may have.”

After the Tokyo speech, there was some hope that the lack of meaningful Chinese compromises on key issues and their regression on human rights issues in the run up to his visit might have caused President Obama to be taking a tougher line on China. It appears — at least while Obama is in China — that did not happen.