Averting Crisis on the Mekong River

China Yingli’s Green Power a Winner at the World Cup 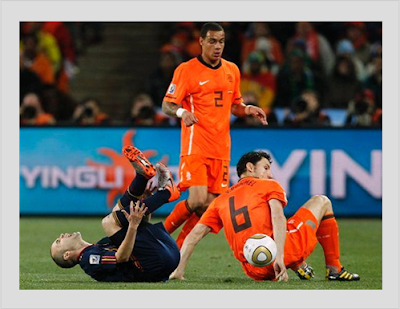 As Spain clinched its first soccer World Cup victory, China’s green power also emerged as a winner on the field in South Africa. For 8 minutes of every game, spectators and television audiences around the world witnessed the rising profile of China’s burgeoning solar energy sector. The displays of “Yingli Solar” (in English) and “China Yingli” (in Mandarin) were sponsored by Yingli Green Energy Holding Co, currently the world’s sixth largest manufacturer of photovoltaic (PV) panels. Founded in 1998, the company’s meteoric rise mirrors that of China’s green energy sector. While Yingli’s largest export destinations are avid soccer nations in Europe and North America, its bold advertising campaign also captured the company’s desire to expand into the African market.

Numerous reports and assessments have highlighted Africa’s underdeveloped renewable energy potential, both as an opportunity for development and for investment. China appears to be responding, upping the ante at the 2009 FOCAC Summit when Wen Jiabao pledged 100 solar, bio-gas and hydro power projects as part of China’s $10 billion assistance package to the continent.

This commitment, coupled with its domestic solar tech industry vying for new markets, should spur greater activities in Africa’s solar sector. Although, China has provided extensive ongoing technical training and assistance for solar power technicians in Africa, it is only more recently that the growing capacity of its PV industry provided new opportunities for harnessing Africa’s solar potential.

A deal with Kenya in 2009 to optimize solar cells for the country’s climate was regarded with great anticipation as the first step toward opening the African market to China’s solar power industry. While the project’s future is uncertain, it has not deterred other investments. Recently, another Chinese company Sun Tech, secured a promising deal with a Tanzanian firm to distribute solar panels in the country and to its neighbors. By boosting access to electricity in one of the least developed regions in the world, the business opportunities for solar cells also serves critical development needs. Furthermore, the lower impact and environmentally friendlier nature of solar power could avoid some of the criticisms faced by other Chinese energy projects on the continent.

While there are undoubtedly opportunities for advancing business and development objectives, Yingli also has another aspiration: to present a new face for Chinese business activities. A spokesperson noted that Chinese activities on the continent have been traditionally dominated by state-owned petroleum and infrastructure enterprises while Yingli enters the market as a privately held company. Armed with a staggering $5.3 billion loan to expand domestic and overseas activities, Yingli’s future appears sunny, in Africa or otherwise.