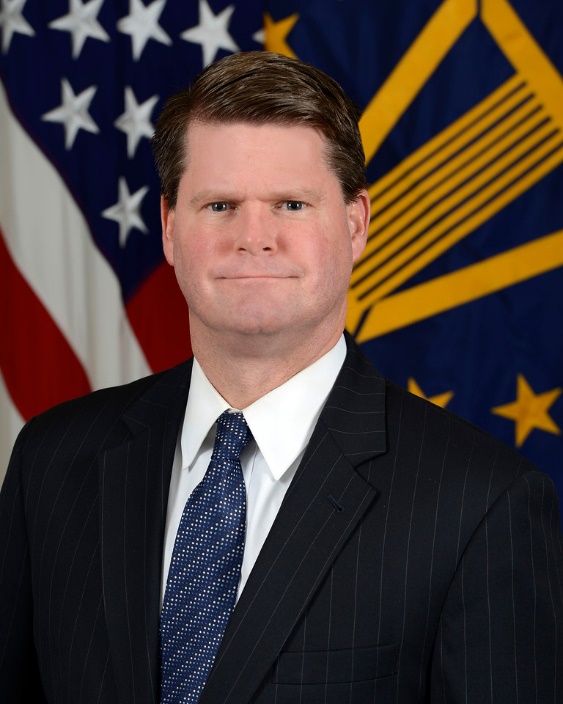 The Honorable Randall G. Schriver is Chairman of the Board at The Project 2049 Institute. More
The Honorable Randall G. Schriver is Chairman of the Board at The Project 2049 Institute. In addition, Mr. Schriver is currently a partner at Pacific Solutions LLC. Most recently, Mr. Schriver served as the Assistant Secretary of Defense for Indo-Pacific Security Affairs from 8 January 2018 to 31 December 2019. Prior to his confirmation as Assistant Secretary, Mr. Schriver was a founding partner of Armitage International LLC, a consulting firm that specializes in international business development and strategies. He was also a founder of the Project 2049 Institute, and served as President and CEO. Previously, Mr. Schriver served as Deputy Assistant Secretary of State for East Asian and Pacific Affairs. From 2001 to 2003, he served as Chief of Staff and Senior Policy Advisor to the Deputy Secretary of State. From 1994 to 1998, he worked in the Office of the Secretary of Defense, including as the senior official responsible for the day-to-day management of U.S. bilateral relations with the People's Liberation Army and the bilateral security and military relationships with Taiwan. Prior to his civilian service, he served as an active duty Navy Intelligence Officer from 1989 to 1991, including a deployment in support of Operation Desert Shield/Desert Storm. After active duty, he served in the Navy Reserves for nine years, including as Special Assistant to the Chairman of the Joint Chiefs of Staff and an attaché at U.S. Embassy Beijing and U.S. Embassy Ulaanbaatar. Mr. Schriver has won numerous military and civilian awards from the U.S. government and was presented while at the State Department with the Order of the Propitious Clouds by the President of Taiwan for service promoting U.S.-Taiwan relations. Mr. Schriver received a Bachelor of Arts degree in history from Williams College and a Master of Arts degree from Harvard University. 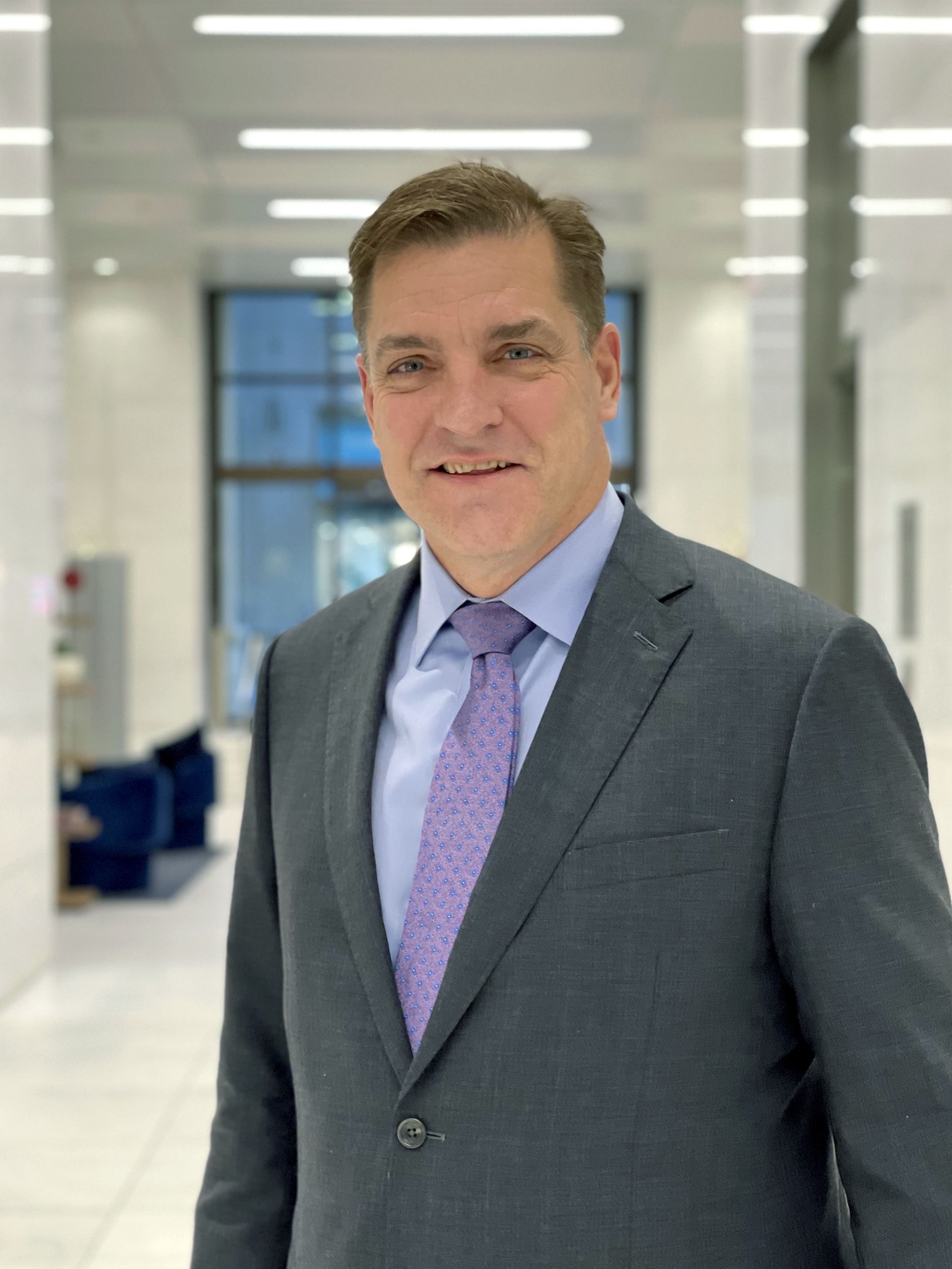 John Gastright Jr. is President of The Project 2049 Institute. More
John Anthony Gastright Jr. is President of The Project 2049 Institute. Over the course of his career he has served in senior positions in business, and previously served as Deputy Assistant Secretary of State for Pakistan, Afghanistan, and Bangladesh and the U.S. Interagency Coordinator for Afghanistan. In addition, he served as the Director for House Affairs at the Bureau of Legislative Affairs at the U.S. Department of State, and was Special Assistant to Deputy Secretary of State Richard Armitage. Prior to service at the State Department, Mr. Gastright served as a congressional staffer in the United States House of Representatives and the United States Senate from 1995 to 2003. From 1988 to 1994, he was an officer in the United States Navy and from 1987 to 1988 he served as a City of Charleston South Carolina Police Officer. He has been awarded Master’s Degrees from the Catholic University of America, the Naval War College and a Bachelor’s Degree from the Citadel. John Gastright and his wife Kendra have three children. They reside on a family farm in Croom, Maryland. 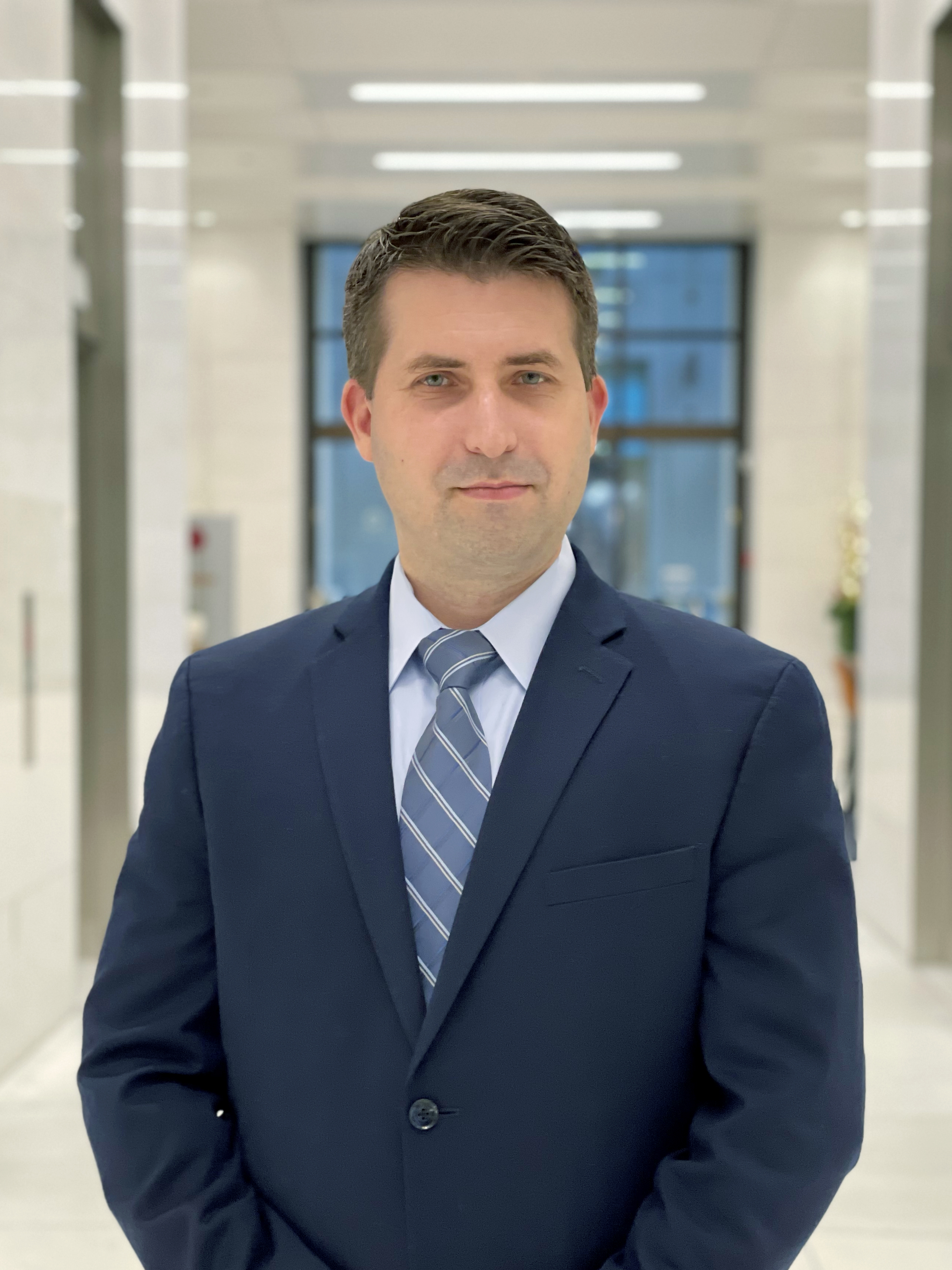 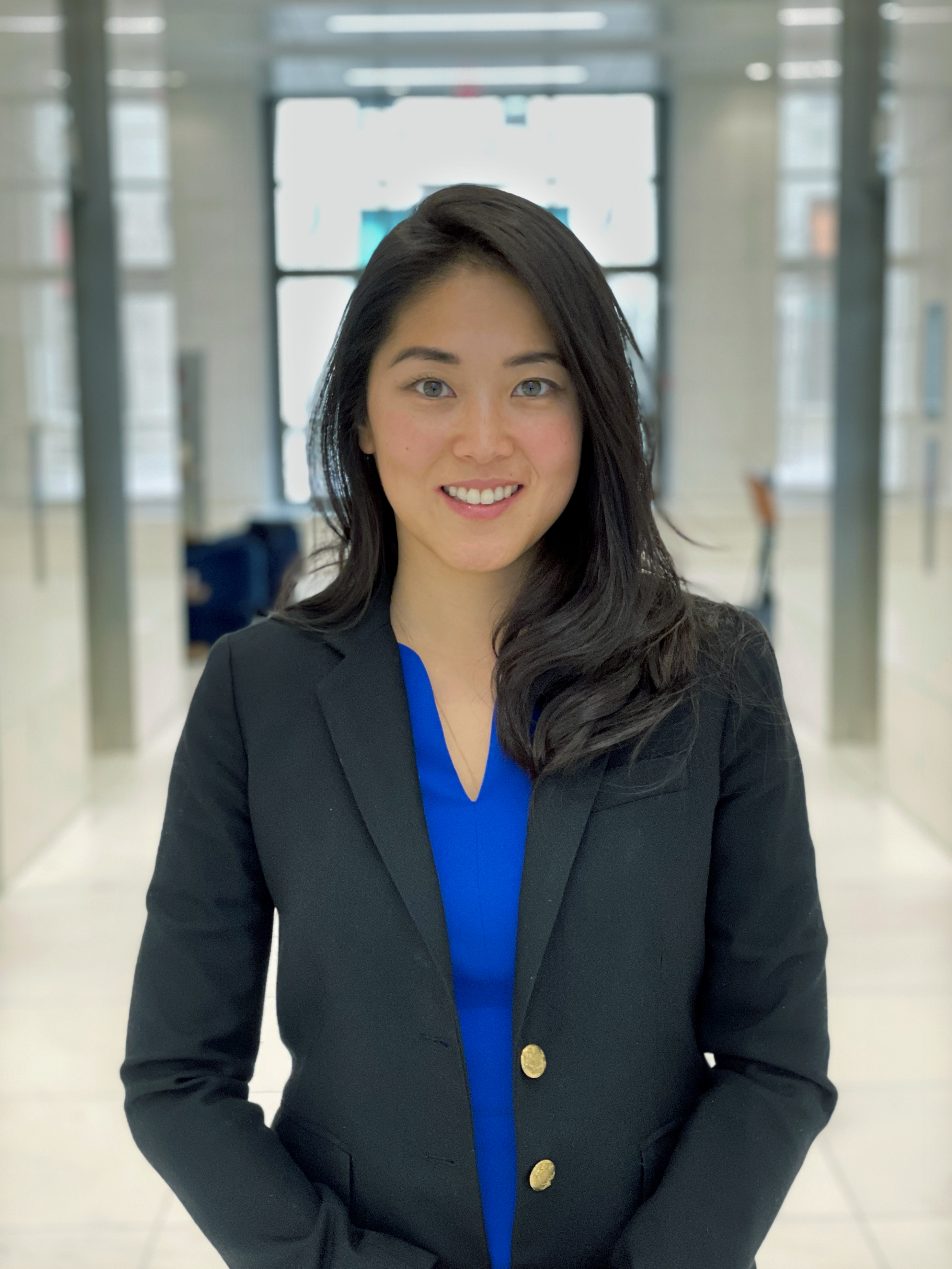 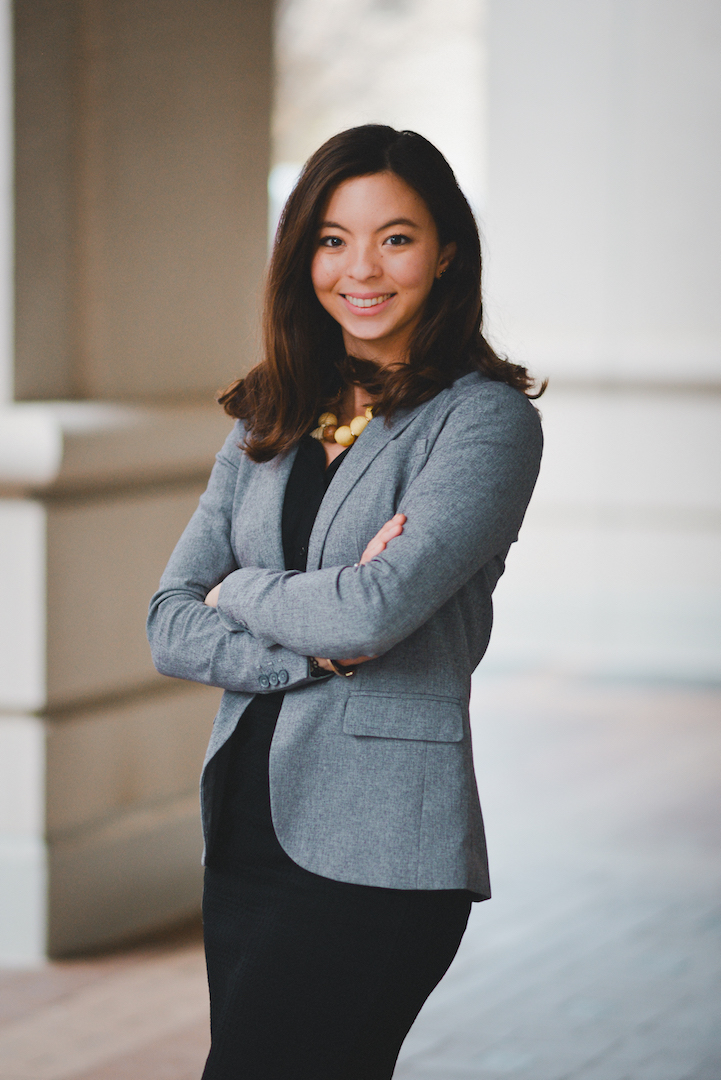 On Detail at the Department of Defense 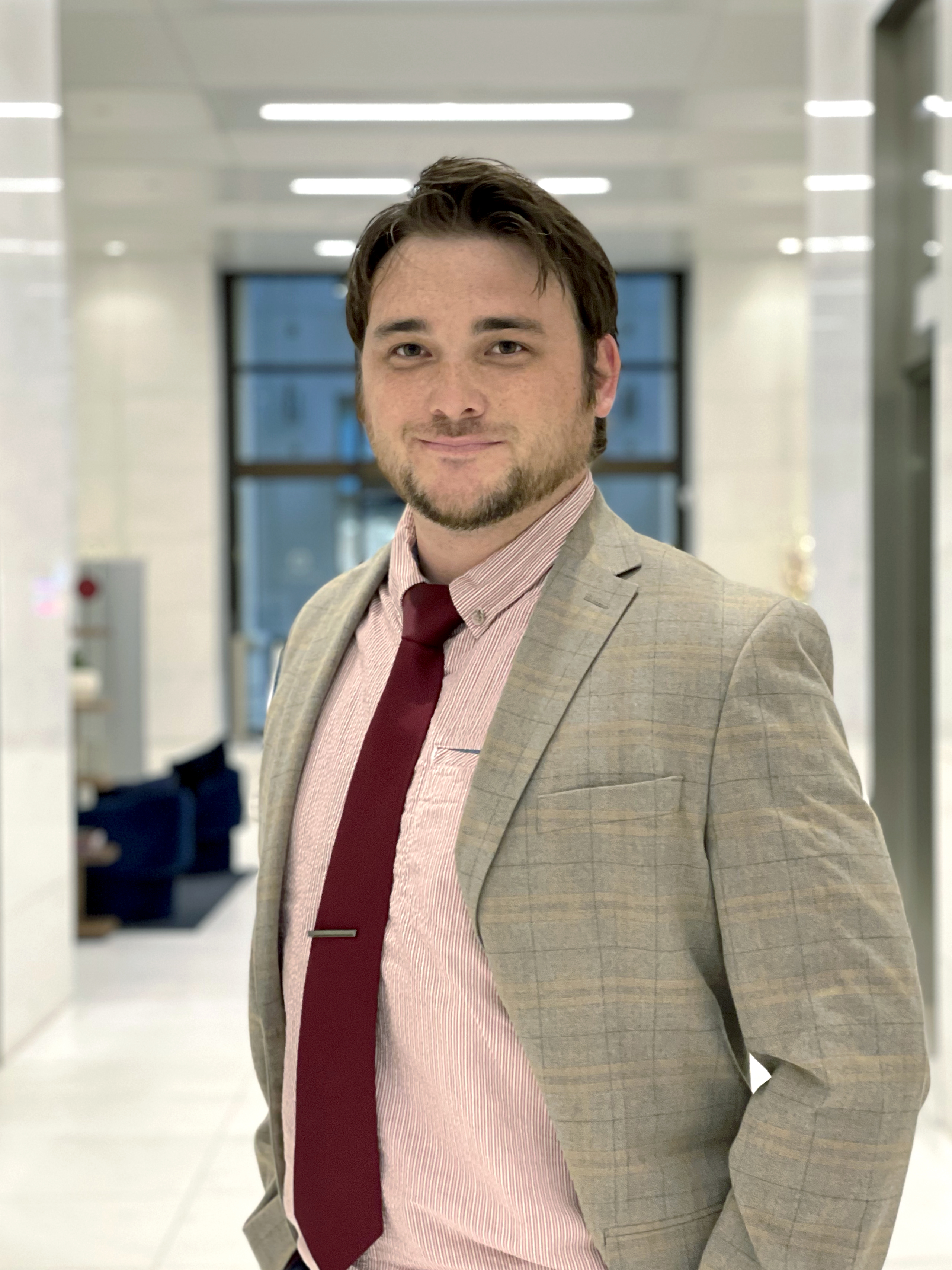 Colby Ferland is Director of Programs at the Project 2049 Institute. He manages the organization's publications, events, outreach, and co-leads several core projects. More
Colby Ferland is Director of Programs at the Project 2049 Institute. In addition to his administrative responsibilities, he co-leads the U.S.-Taiwan Defense Industrial Cooperation and Supply Chain Security Program. Colby holds a master's degree in Asian Studies from Georgetown’s Walsh School of Foreign Service (MASIA). He specializes in U.S.-Northeast Asia security issues and wrote his master’s thesis on U.S.-Taiwan defense trade. Before returning to the U.S. for graduate school, Colby traveled East Asia for two years, living 18 months in Taiwan, where he attended National Taiwan Normal University’s Mandarin Training Center. While there, he also taught English to Taiwanese youth. He earned his bachelor’s degree studying Chinese political economy at The George Washington University’s Elliott School of International Affairs and the London School of Economics. Colby is proficient in Chinese and Spanish. 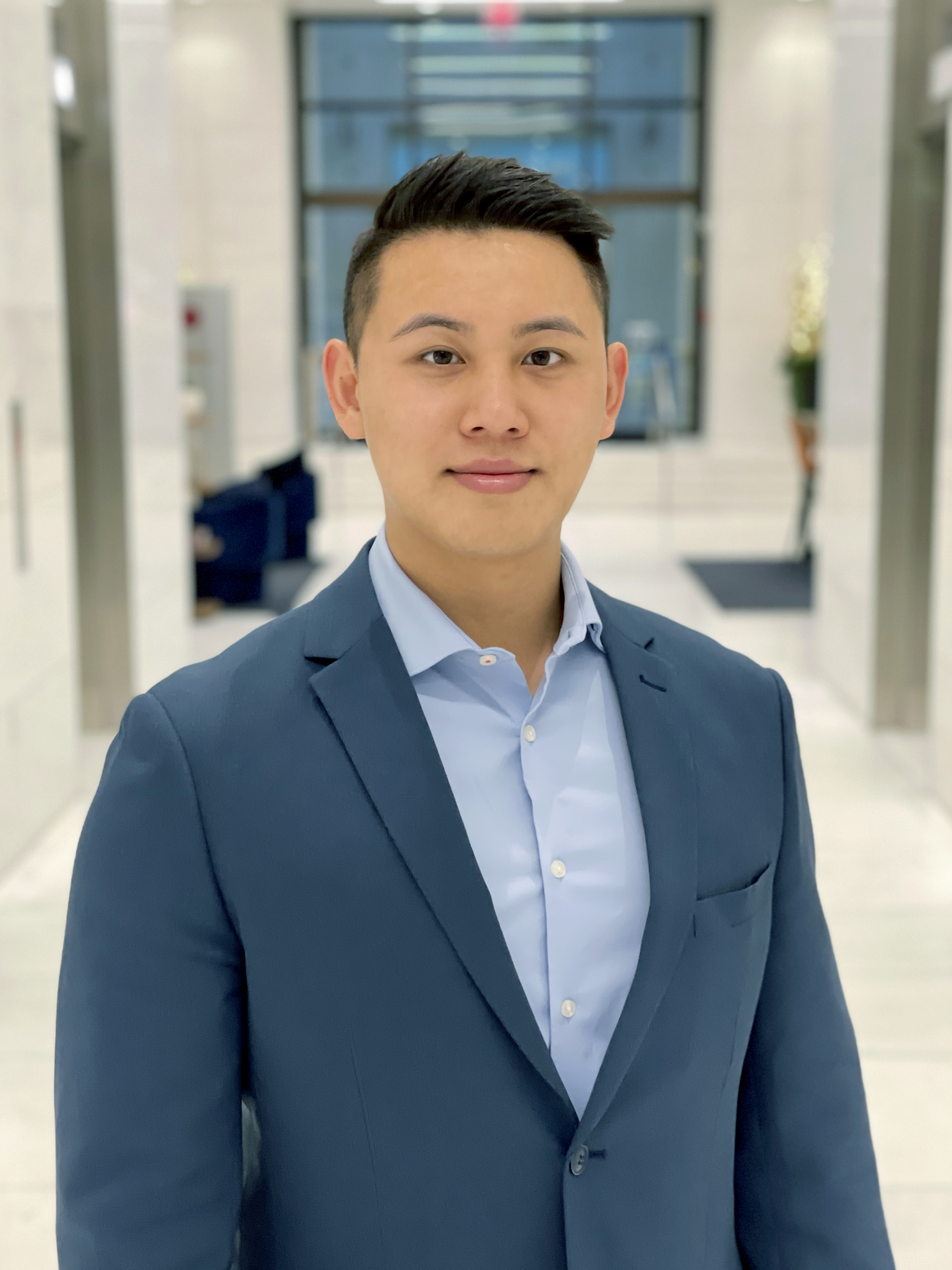 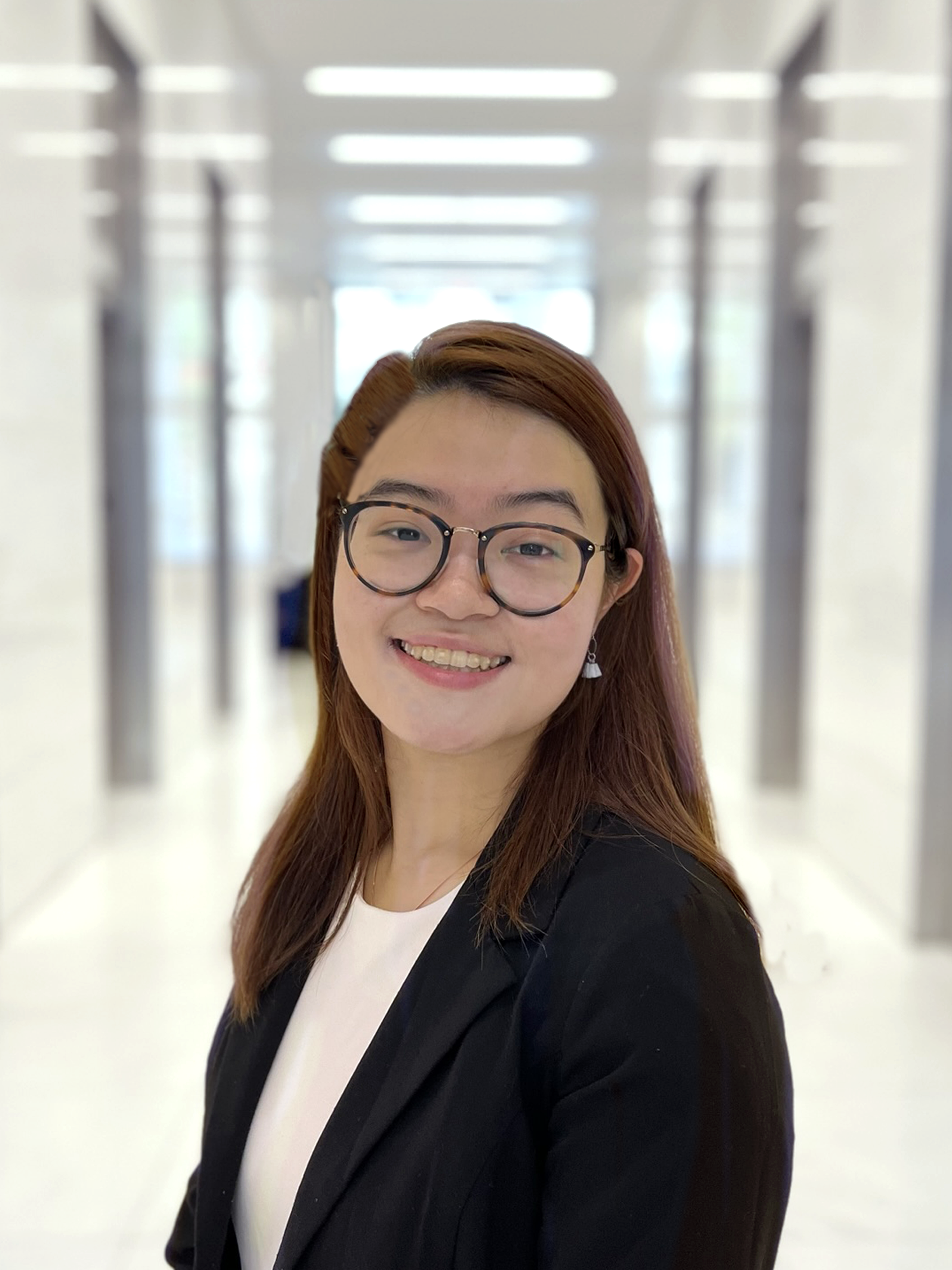 ADM (ret.) Lee Hsi-min
Admiral Lee Hsi-min (retired) is a Senior Fellow at the Project 2049 Institute. He previously served as the Chief of the General Staff of the Republic of China (Taiwan) Armed Forces from 2017 to 2019. In this position, he coordinated the policy of carrying out the Overall Defense Concept (ODC) and improving military exercises and the preparedness of joint operations. Adm. Lee retired in July 2019 after 42 years of service in the ROC Navy. Before his retirement, he was awarded the Order of the Cloud and Banner with Special Grand Cordon by President Tsai Ing-wen in recognition of his service in enhancing the overall capabilities of Taiwan’s military. As a former submarine captain, Adm. Lee became the first commissioned officer to serve as the Vice Minister (Policy) of National Defense from 2016 to 2017 and the third Commander of the ROC Navy with submarine experience (2015~2016). He was among the first personnel to coordinate the transfer of Chien Lung-class (Zwaardvis) submarines from the Netherlands and established an advanced submarine personnel training system before he became a submarine operations officer and captain. As a submarine captain from 1995 to 1997, he and his crew were deployed to prepare for the potential encounter with the People’s Liberation Army Navy fleets during the Third Taiwan Strait Crisis in 1996. Adm. Lee graduated from the 1977 class of the ROC Naval Academy and the 1992 class of the Naval Command and Staff College of ROC National Defense University. He also finished his correspondence education at the 1998 class of the United States Naval War College.

, Senior Fellow
Dr. Miles Yu
Dr. Miles Yu is a Senior Fellow at the Project 2049 Institute. Dr. Yu served as the principal China policy advisor on the Policy Planning Staff to former Secretary of State Mike Pompeo. He is a professor of East Asia and military and naval history at the United States Naval Academy (USNA). Author of many scholarly articles on military and intelligence history and newspaper columns, he has written books including OSS in China: Prelude to Cold War (Yale University Press, 1997) and The Dragon’s War: Allied Operations and the Fate of China, 1937–1947 (Naval Institute Press, 2006). He is the recipient of numerous awards including the USNA top researcher award, U.S. Navy Special Action Award, and U.S. Navy Meritorious Service Awards. He consults with other government agencies, the Congress and think tanks on China-related topics, and has appeared or written for dozens of U.S. and international media outlets as a China and U.S. national security analyst. He has been invited to various congressional hearings as an expert witness, and has served with the History and Discovery Channels as chief historian for military history documentaries. Dr. Yu received a doctorate in history from the University of California, Berkeley, a master’s degree from Swarthmore College, and a bachelor’s degree from Nankai University.
, Senior Fellow
Dr. John Fowler
Dr. John Fowler is Senior Fellow for Semiconductor Research at the Project 2049 Institute. Dr. Fowler is also the Motorola Professor of Supply Chain Management in the W.P. Carey School of Business at Arizona State University. He served as the department chair of supply chain management from 2011-2016. Prior to that he was the Avnet Professor of Industrial Engineering at ASU. His research interests include discrete event simulation, deterministic scheduling, and multi-criteria decision making applied to semiconductor manufacturing and healthcare systems. He is an Editor of the Journal of Simulation and an Associate Editor of IEEE Transactions on Semiconductor Manufacturing. He has published more than 135 journal articles and more than 100 conference papers.
, Senior Fellow for Semiconductor Research
Anthony W. Holmes
Anthony Holmes is a Senior Non-Resident Fellow at the Project 2049 Institute. Anthony is an internationally recognized Asia specialist with experience instructing special operations forces and leading USSOCOM Senior Leader Seminars. He brings more than fifteen years’ experience in government relations, policy making, policy analysis, defense and security, international negotiations, and legislative affairs.
, Senior Non-Resident Fellow
Ellen Bork
Ellen Bork is a visiting fellow at the Project 2049 Institute. She has extensive experience working on American foreign policy in Asia, beginning with her service on the U.S. Senate Foreign Relations Committee staff in the 1990s. Her writing has appeared in The Wall Street Journal, The Washington Post, Financial Times, The American Interest, Nikkei Asian Review, World Affairs Journal, Forbes, and U.S. News and World Report, among other publications. She has testified before the Senate Foreign Relations Committee and the Congressional-Executive Commission on China. Most recently she was senior fellow at the Foreign Policy Initiative from 2009-2017, where she received funding from the Sarah Scaife Foundation for a completed manuscript on Tibet as a strategic interest. In September 2017, she was an International Visiting Fellow at the Taiwan Foundation for Democracy. Ellen has a Bachelor’s degree in history from Yale University and a law degree from Georgetown University. She is a member of the bar of the District of Columbia and a member of the Council on Foreign Relations.
, Visiting Fellow
Yuko Mukai
Yuko Mukai is a Non-Resident Fellow at the Project 2049 Institute. She is currently on leave as a political correspondent for the Yomiuri Shimbun, the largest national newspaper in Japan. Yuko served as the Bureau Chief for the newspaper in Taiwan for three years and covered Southeast Asia with extensive experience reporting on the Philippines. Her specializations include Japanese domestic politics, foreign policy, and regional security issues. She received her BA from Waseda University in Tokyo. She is fluent in Japanese and English, and proficient in Mandarin Chinese.
, Non-Resident Fellow

Sunny Cheung
Sunny Cheung is an intern at the Project 2049 Institute. He is a M.A candidate at Johns Hopkins SAIS majoring in strategic studies. His past experiences include congressional advocacy with the Hong Kong Democracy Council. He also testified before the Congress on Hong Kong and China issues. His research now focuses on US-China competition and the cross-strait relations. Sunny is proficient in Mandarin Chinese, Cantonese and English.
, Intern
Grace Price
Grace Price is an intern at the Project 2049 Institute. She is a second year graduate student in the Asian Studies program at Georgetown University. Her past experiences include an internship at the Institute for National Defense and Security Research in Taipei as a research intern. Her research focuses primarily on US-Taiwan relations, cross-Strait relations, transnational issues, and international development.
, Intern
Kendal Walker
Kendal Walker is an intern at the Project 2049 Institute. He is currently a senior at Georgetown University, studying Mandarin Chinese and International Politics with a focus on International Security. His past internship experience includes time in the US Senate, as well as policy research and congressional advocacy for the American Institute for Cancer Research and other health-policy organizations. Kendal is proficient in Mandarin Chinese.
, Intern