Birds of a Feather Flocking to Beijing 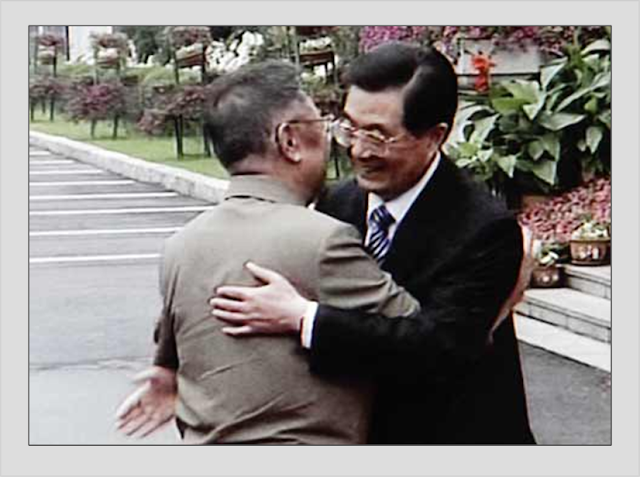 This week, China welcomed Burma’s reclusive dictator Than Shwe for a high profile state visit, which included meetings with President Hu Jintao and Premier Wen Jiabao. Than Shwe was reportedly accompanied by a prominently featured delegation of family members, as well as a retinue of newly minted senior military officials, who ascended to the upper echelon of junta leadership just last week when the old guard traded in their military uniforms for civvies. This visit is the most recent public affirmation of bilateral ties, following Wen Jiabao’s June visit to Burma and last week’s “friendly call” by two Chinese warships near Rangoon.

Than Shwe’s trip follows close on the heels of a visit by another reclusive despot, Kim Jong-il. Kim traveled to China at the end of August – his second trip this year — to secure Chinese support for the designation of his youngest son, Kim Jong Un, as his successor. Speculation is mounting that the junior Kim will be appointed to a key post during the extraordinary congress of the Korean Workers’ Party, the first since 1980.

These high profile visits by the North Korean and Burmese leadership at a time of political transition demonstrate the importance of Beijing’s backing in orchestrating their desired political succession arrangements. Beijing’s imprimatur is particularly critical for these two regimes whose legitimacy is weak at home and, in large part, abroad. At a time when both regimes arguably need Beijing’s goodwill more than China needs anything they have to offer, these dynamics belie the frequent claim that China lacks significant influence over Pyongyang and Naypyidaw.

Moreover, Beijing’s dictatorship diplomacy – through which it warmly embraces unsavory regimes from Iran to Zimbabwe – undercuts its ostensible effort to burnish its worldwide image, and expand its “soft power” abroad. Such bonhomie toward pariah states will do nothing to stem a rising tide of concern about how China will exert its influence as it grows more powerful. Rather, it seems increasingly clear that Beijing is willing to sacrifice some international prestige by continuing, or even stepping up, its relations with states that threaten regional or international peace and security.

Beyond the short-term tactical gains of access to markets and natural resources, and any strategic benefits China may reap from relations with these states, Beijing’s ties with authoritarian regimes across the globe are also rooted in a shared perspective on the nature of political authority which influences its foreign policy calculus in ways that democratic governments tend to overlook or ignore. As Beijing continues both substantive and symbolic exchanges with these regimes, policymakers should temper their expectations of Chinese willingness to cooperate in any meaningful action against such rogue states.