Tip of the Spear: The 13 Missions for the U.S. Marines in Okinawa 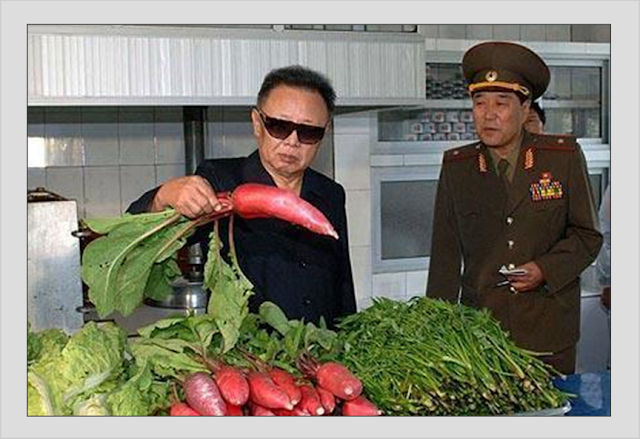 North Korea’s December 2009 currency revaluation triggered disastrous consequences. Many citizens lost life savings and some died of starvation as a result of severe inflation and food shortages, which were exacerbated by the recent devastating floods.

In a country where 33 percent of the population is already undernourished, North Korea faces major threats to its future food security. Environmental and technical challenges include a shortage of arable soil, insufficient infrastructure, shortages of agricultural inputs (such as fuel, fertilizer and machinery), inadequate water reserves, lack of access to international markets and food imports, and vulnerability to natural disasters such as droughts, floods, and typhoons. Although agricultural production accounts for around 23 percent of North Korea’s GDP, its colder climate, brief growing period, and mountainous terrain is not conducive to the cultivation of critical staples such as rice.

Despite Pyongyang’s adherence to the “juche” ideology, the agricultural sector’s performance has been on a downward trend since the 1990s and remains far from self-sufficiency. Plagued by ineffectiveness, North Korea’s opaque Public Distribution System (PDS) – ostensibly designed for equal distribution of rations to the population – has all but collapsed in recent years, forcing the government to accept aid from China and South Korea. In a rare admission, the leadership has acknowledged its inability to alleviate the food crisis and has encouraged citizens to look to private markets for essential provisions. Another indication of government failure and the increasingly dire food situation comes from reports that the country’s military is storing over 1 million tons of rice in preparation for war.

As public discontent increases in response to the food crisis, North Korea remains far from improving its shortage-induced food insecurity. Dependency on continued, or even increased, foreign food aid will not alleviate long-term shortages. The agriculture sector would benefit from aid in the form of pesticides and fertilizers. Output can also be boosted by crop diversification, more advanced tools and machinery, and reduced soil input.

North Korea’s food security is inherently tied to its political conditions as the latter stifles market drivers and foreign economic exchanges. Despite continuation in authoritarian rule, the country’s strengthening economic relationship with China and improving telecommunications system is facilitating access to information that could buoy public backlash toward Pyongyang. International and domestic pressure on the new regime could possibly induce greater transparency or improvements in the efficiency of the PDS.

Greater political shifts, particularly unification on the Korean peninsula, could accelerate opportunities for an influx of aid, removal of sanctions, and eventually more sound economic and agricultural policies. Although most North Korea watchers agree that unification will eventually occur, its prospects remain bleak in the near future, as does the chance for a relief in food shortages.