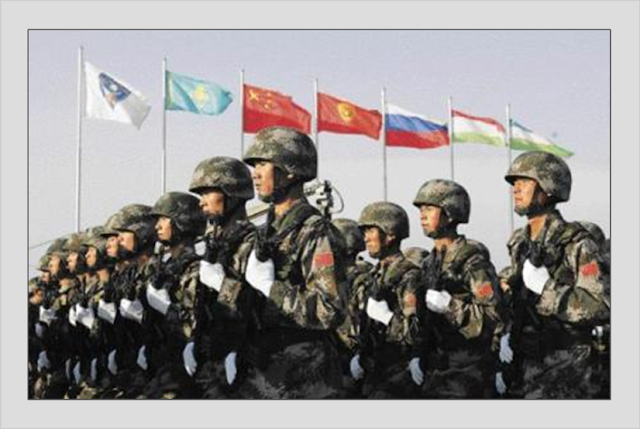 According to official statements, the Shanghai Cooperation Organization was officially founded to promote peaceful coexistence and dialogue between China, Russia, and Central Asian states. The SCO’s agenda has since broadened to encompass dimensions of military and economic cooperation. To date, the SCO has successfully executed coordinated cross-border military operations, and developed joint security policies. A recent 16-day anti-terror drill, codenamed “Peace Mission 2010,” was heralded as another advancement in security cooperation.

The SCO is also an effective platform for regional cooperation in energy and infrastructure as Russia and Central Asian states, rich in energy resources, are eager to increase and diversify exports. In 2009, China, Turkmenistan, Kazakhstan, and Uzbekistan commenced construction on a 1,833-kilometer natural gas pipeline. These projects and many others serve as examples of future energy cooperation in the region.

The vast military and diplomatic agenda often call the SCO’s purpose into question. Its activities to date also raise questions over the organization’s genuine commitment to stated core purposes such as fighting terrorism. The inflammatory invitation to Iranian President Ahmedinejad to participate at SCO meetings and calls for removal of U.S. forces fighting terrorism in Afghanistan and Pakistan from their Central Asian bases both signal disconnect from original aspirations.

Problematically, aside from the claim by SCO leaders that the organization has no intention of becoming a military bloc to counterbalance to NATO, there lacks a defined vision of the SCO’s future trajectory; specifically, its role in Afghanistan, its membership expansion, and future conflicts of interest between member nations

Theoretically, the SCO’s proximity to Afghanistan creates potential to provide positive multilateral engagement to promote stability. While the SCO has pledged to combat drug trafficking, terrorism, and organized crime, there have been few tangible results.The SCO’s efforts in Afghanistan exhibit an organization conflicted between stabilizing the region and overstretching its resources.

While the SCO approved a procedure for admitting new member states in June, membership expansion is currently difficult to delineate. Observer state Iran applied for membership in 2008, but was denied on the basis of UN sanctions (which China and Russia voted for), other observers India, Mongolia and Pakistan have yet to follow suit. If an observer state applies and successfully attains membership, it raises questions over how the interests of South Asian and Middle Eastern states can be incorporated into concerns unique to the SCO.

In particular, the impact of India and Pakistan membership would raise challenges. First, it is likely the two would not work consensually within the same organization, and may internally fracture member relations over the Kashmir issue. Second, India and Pakistan are both non-signatories to the Nuclear Non-Proliferation Treaty, which undermines the SCO membership requirement. With Iran blocked from admission, Pakistan and India disqualified for membership, and Mongolia seemingly uninterested, the future of SCO expansion is ambiguous.

The SCO’s burgeoning portfolio of concerns and responsibilities exhibits an obvious dissonance to its nebulous strategic role and vision. While it began with clear fundamental principles, the organization’s evolving scope and dimensions is yet to be clearly defined.