The Rise of China’s Eco-cities: A Harbinger of a Sustainable Future? 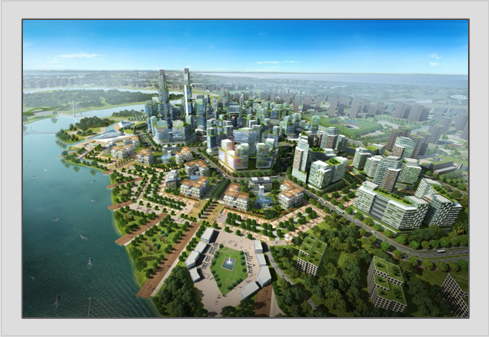 China is harnessing renewable energy resources in an effort to bolster economic growth, accommodate rural-to-urban migration, and promote environmental sustainability. Among bold initiatives is the State Council’s encouragement for the “energetic establishment of eco-provinces, eco-cities, eco-counties and eco-townships.” Eco-cities are new urban development models that aim to balance environmental sustainability and urban life. As of 2009, China had 40 eco-city projects proposed or under development and by 2010, there were as many as 168 projects at various stages of development. Among these is the joint Sino-Singapore Tianjin eco-city project, launched in late-2007, which allows China to capitalize on the expertise of Asia’s greenest city.

The Sino-Singapore Tianjin eco-city, located 40 kilometers (25 miles) from Tianjin city center, covers about 30 square kilometers (11.6 square miles), and will consist of 100,000 homes for a population of 350,000 upon its projected completion in 2020. The city would utilize solar and geothermal energy, water desalination and recycling, and several modes of public transportation. Project designers have outlined 26 key performance indicators to measure progress and development on the eco-city. The ambitious project has attracted billions in funding from commercial entities, as well as a US$6.16 million grant from the World Bank.

If successfully implemented, China’s efforts at constructing eco-cities would not only revamp the urban landscape and improve high-density living conditions, but also reduce energy consumption and greenhouse gas emissions that contribute to climate change. China’s eco-construction sector is an attractive, profitable investment opportunity despite the existence of bureaucratic boundaries, but such projects are at risk of failure due to abandonment, unaffordability, poor management, and lack of local expertise. While collaborations with external experts hold great potential, track record shows that joint projects do not always guarantee success: Dongtan, a UK engineering consultancy-designed eco-city, has yet to break any ground despite being proposed and approved in 2005.

Even with prime conditions for eco-cities in China, it is still uncertain whether the process of demolition and construction is equally (if not more) ecologically detrimental to the earth and local community. Also worth considering is the failure of Huangbaiyu eco-village designers to scrutinize cultural conventions and demographic trends. Execution deviated so far from original plans because residents could not adapt to the new lifestyle that eco-cities offered.

The variety and scope of eco-cities in China illustrate that the design and implementation of eco-cities are still in its experimental stages. If the Sino-Singapore Tianjin eco-city considers these concerns, and successfully addresses them, the eco-city could serve as a model of sustainable development for other cities in China. The proliferation of functional Chinese eco-cities could effectively address pressing issues such as increased energy efficiency, reduction of greenhouse gas emissions, improvement in consumption patterns, and an important step towards long-term energy policy change.