Air Power Trends in Northeast Asia: Implications for Japan and the U.S.-Japan Alliance 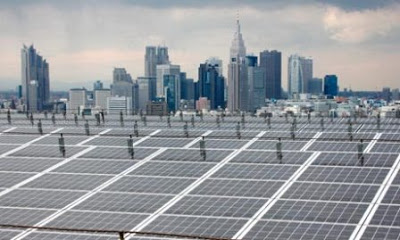 Japan is on energy conservation mode. Government buildings are dark and thermostats are set to 28 degrees Celsius. Due to a lack of public support and new maintenance measures, only 17 of 51 nuclear plants are currently operational. Before March 2011 nuclear power accounted for 31 percent of Japan’s electric energy needs.

In the aftermath of the March 11 earthquake and tsunami that triggered radiation leaks at Tokyo Electric Power Company’s (TEPCO) Fukushima Daichi plant, public support for nuclear power has plummeted. In a June public poll Asahi Shimbun, a prominent Japanese news media outlet, revealed that 74 percent of the Japanese public supports a policy to phase out nuclear power “with a goal to abandon it.” Just as the 1970s oil crisis spurred innovation in nuclear energy in Japan, the Fukushima disaster presents Japan with the opportunity to diversify its energy sources.

With overwhelming bipartisan support for the bill, TEPCO is investing in renewable energy sources to ensure its own supply of energy. Just this month TEPCO began operating its Ukishima Solar Power plant. The plant will generate 7,400 Megawatt Hours (MwH) per year, which is the equivalent energy consumption of 2,100 households per annum. Additionally, TEPCO is also constructing another solar power plant, the Ohigishima Plant, which is nearly double the size of Ukishima and will generate 17,700 MwH when it commences operation in December.

With government support, not only will solar power become an increasingly feasible alternative to nuclear power, but it also bolsters Japan’s Kyoto pledge to reduce carbon dioxide (CO2) emissions. In September 2009, under Prime Minister Yukio Hatoyama, Japan pledged 25 percent reduction in green house gas (GHG) emissions by 2020 compared with the 1990 level. This ambitious goal, however, was coupled with a plan for nuclear energy to comprise 60 percent of primary energy by 2100 (compared with 10 percent now.) However, with a majority of its nuclear plants in decommission, TEPCO is relying on thermal power plants to supply electric energy. By utilizing liquefied petroleum gas (LNG), coal, and oil, thermal power plants have led to an increase in carbon emissions and weakened Japan’s commitments to the Kyoto CO2 pledge. By further developing renewable energy sources, Japan would demonstrate its commitment to the Kyoto Protocol and the country’s mission of “lead[ing] the world in the low-carbon revolution.”

While solar power appears to be the great panacea for Japan’s energy dilemma, questions about its sustainability and efficiency remain. Building new high-voltage electric transmission lines for potentially remote solar plants will require consumers to shoulder high utility costs. In addition to infrastructure costs, the actual cost of producing one 1 kWh of power through solar energy is greater relative to other energy sources. For example, the home solar power system, such as the one proposed by Rakaten Inc., would cost ¥40 ($0.52) per KwH, which is an 82.5 percent increase from the ¥7 ($0.09) per KwH cost of nuclear energy. The viability of solar power as a replacement for nuclear power source also depends on the way prices are set within the feed-in tariff bill. The Keidanren, Japan’s largest business lobby, has warned that higher energy prices will undermine Japan’s heavy industry competitiveness.Yet another factor in Japan’s shift toward renewable energy is the country’s forthcoming new leadership. While Prime Minister Naoto Kan has advocated for a “nuclear-free society” it remains to be seen whether his successor will place the same value on renewable energy.

In the final analysis, renewable energy is a practical response to Japan’s energy needs post- March 11. Japan is renowned for its capabilities as an innovative nation and its potential in the renewable energy sector marks no exception. The shift toward renewable energy will allow Japan to resume its global leadership role as an innovator and as a major proponent in the fight against global warming and climate change. In spite of the challenges in transitioning from nonrenewable to renewable energy, the long term benefit outweighs the near term costs. The March 11th disaster is an opportunity for Japan to rebuild, improve, and reposition itself as a global power.