China’s Economic Leverage in Hong Kong a Warning for Taiwan 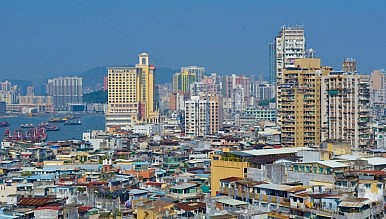 If you asked someone to describe the culture of Chinese gambling hub Macau, political awareness would hardly be the first attribute to come to mind. But as Hong Kong’s people defy Beijing and keep hope alive for universal suffrage through protracted protests – which appeared to reignite overnight after talks with Hong Kong authorities failed – China’s other special administrative region is not immune to the allure of democratic concepts coming from across the Pearl River Estuary. As Hong Kong’s influence supplements new homegrown political and labor activism, the stage may be set for Macau’s own grassroots democracy movement.

Macau’s people first showed signs of a political awakening of its own in May 2014, when mass rallies forced the region’s chief executive to forfeit a controversial bill. The measure would have provided extravagant retirement packages for top officials and given the serving Macau chief executive immunity from criminal charges. In response, as many as 20,000 of Macau’s half a million citizens surrounded the territory’s legislature and demanded that the idea be scrapped, forcing Chief Executive Dr. Fernando Chui Sai On to heed their call. Many took time off from work to participate, realizing for the first time that political activism can lead to improved governance. As casino worker Ada Pun explained, before Macau’s people saw their Hong Kong counterparts as troublesome, “But this time, the Macau government is testing our bottom line … and we finally realised we could make a change if we stood united.” Rally organizer Sulu Sou Ka-hou called the abandonment of the unpopular bill a victory, but maintained that, “at the end of the day, the problem today stems from the undemocratic political system we have.”

The political influence of Hong Kong is also apparent. The city’s ongoing political unrest seems to have emboldened many Macau residents to take up the mantle of universal suffrage as well. This June, after Beijing dismissed as “illegal” Hong Kong’s unofficial referendum on democracy, which turned out 800,000 voters, Macau held its own unofficial referendum on the same question. This took place even as Macau’s own leader was “reelected” by the territory’s pro-Beijing election committee in a one-horse race. Of the nearly 9,000 people who cast their ballot, 89 percent cast a vote of no confidence in their chief executive, and 95 percent said they would prefer their leadership to be chosen through direct elections.

As it happens, this period of dissatisfaction with the political system is overlapping with a period of labor empowerment. On October 3, hundreds of dealers from MGM’s flagship casino went on strike to demand better wages and benefits, following a summer trend of large-scale labor demonstrations. A Morgan Stanley report projects continued labor shortages and increased casino employee bargaining power for several years to come, which may mean increased labor activism during this time. All of this coincides with ongoing political turbulence before Hong Kong’s chief executive election in 2017, which is already having a strong impact on Macau’s political consciousness.

This fusion of drivers over an extended period of time may very well create favorable conditions for massive political demonstrations, supported by Macau labor. It is important to remember that in China, workers have supported calls for democracy before. Tiananmen Square in 1989 was a perfect example of labor marching in support of political rights. In Hong Kong’s current protests, as many as 10,000 workers from all labor sectors have shown solidarity with the Occupy Central movement, adding further legitimacy to their political cause. The workers of Macau may eventually feel inspired to do the same as they witness their Hong Kong compatriots turning out by the thousands to support political freedoms.

For now, the people of Macau will likely look on from afar as the political future of Hong Kong plays out. Even so, Beijing and the world should not simply dismiss Macau’s people as apolitical in orientation, as they soon may gamble that the time to try their luck at democracy has arrived.

This article was originally published in the Diplomat on October 11, 2014.