Reaching the Limits: China as a Responsible Stakeholder 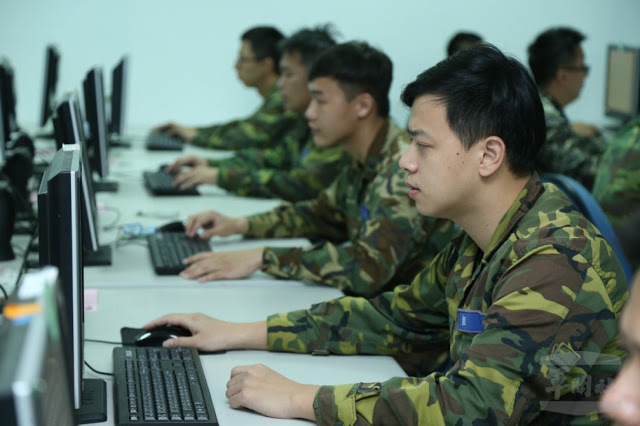 Taiwan’s new Minister of National Defense Feng Shih-kuan (馮世寬) recently confirmed the intention of the new government to create a “Cyber Army” (網軍) as the fourth branch of Taiwan’s armed forces. The announcement followed the plan outlined in the Defense Policy Blue Papers published earlier by the Democratic Progressive Party (DPP), which specifically called for the “[Integration of] existing military units and capacities of IT, communications, and electronics to establish an independent fourth service branch alongside the current Armed Forces consisting of the Army, Navy, and Air Force.”[1] Looking ahead, it will be fruitful to observe what the new Cyber Army can add on top of Taiwan’s existing cybersecurity and cyberwarfare structure.

It is easy to see where the impetus for establishing a Cyber Army came from; for many years Taiwan has been on the frontlines of the battle against the ever-intensifying cyber attacks from China. This has reached such an extent that observers and even Taiwanese officials acknowledged Taiwan as a “testing ground” for China’s cyber army and state-sponsored hackers. The case of the 2015 hacking of the U.S. Office of Personnel Management (OPM) further illustrates the ambitions and capabilities on the part of the Chinese hackers and the dear consequences of failing to stop such an attack.

Similar organizations dedicated to cybersecurity and combined defensive and offensive cyberwarfare capabilities have been established in other countries, such as the United States Cyber Command (USCYBERCOM) and South Korea’s National Cyber Command (NCC). Moreover, President Obama ordered the creation of the Commission on Enhancing National Cybersecurity earlier this year. Though the Commission serves only as an advisory role, it is yet another move by the administration to address the ever-more prominent issue of cybersecurity. Taiwan’s plan for a Cyber Army however, will make it the first country to assign equal importance to cybersecurity as to the other branches of the armed forces.

It should be noted that Taiwan already has a fairly sophisticated cybersecurity and cyberwarfare structure in place. Currently the principle agency in Taiwan specifically tasked with conducting combined defensive and offensive cyberwarfare operations is the Information and Electronic Warfare Command that reports directly to the Ministry of National Defense (MND)’s General Staff Headquarters. Commanded by a Major General with about 2,400 staff under its jurisdiction, the Information and Electronic Warfare Command performs just about every function one can expect of a Cyber Army.

In addition, the National Security Bureau (NSB), Taiwan’s principle intelligence agency, also operates a 7th Department as the National Cybersecurity Department, with the primary responsibilities of monitoring and safeguarding Taiwan’s civilian cyberspace and to help defend against national security threats.

It is expected that the new Cyber Army will directly appropriate the Information and Electronic Warfare Command together with other agencies under the MND that are related to the operations and managements of signals or electronic intelligence – such as the Office for Communications, Electronics and Information under the MND’s General Staff Headquarters. It has also been reported that the size of this new Cyber Army will reach 6,000 strong and become fully operational by 2019 at the latest.

The promotion of a “fourth branch” among the existing armed forces raises some implications.  Currently there are only eight full (three star) Generals in Taiwan’s military, which include the three Chiefs of the Command Headquarters of Army, Navy, and Air Force, Minister and two Deputy Ministers of Defense, Chief of the General Staff, and Deputy Chief of the General Staff. The creation of a Cyber Army branch would necessitate the promotion of another three star General to head its Command Headquarters, or to transfer an existing one to the position. It is likely that the Cyber Army General will be one that has a Signal Corps background or otherwise has extensive experience in commanding information related units or staff offices.

The new Cyber Army also makes it official that the military’s priority is no longer just safeguarding its internal network, but the whole civilian internet as well. Just as many other militaries around the world, Taiwan’s military relies on an intranet network (known as the “military network”) that is physically separated from the civilian internet (the World Wide Web) for obvious security reasons.  Many computers and networking devices used inside Taiwan’s military bases and installations likely have also been altered to accept only connections that conform to the military network protocol. As such, the new Cyber Army will likely be divided to handle two categorically distinctive areas―that of the Internet network (civilian) and that the of Intranet network (military).

Depending on the Tsai administration’s policy it might also be possible for Taiwan’s Cyber Army to provide some form of real-time intelligence sharing on cyber threats with the United States, although any joint cyber operation is unlikely to take place any time soon due to the sensitive political nature involved. Observers have long noted that no country has more experience than Taiwan in dealing with the cyber threats coming out of China, and closer cooperation between the two countries on this area would no doubt benefit the United States’ own cybersecurity efforts.

So far the plan to establish a new Cyber Army has been met with mixed receptions in Taiwan. While it has been hailed by many as an indication that the new government is taking the cyber threats Taiwan faces seriously, some have questioned the need to treat cybersecurity as a fourth branch in the service. Lan Ning-li (蘭寧利), a retired Vice Admiral of the Taiwanese Navy, was quoted in the news commenting  on the existing Information and Electronic Warfare Command as already functioning in full strength as a Cyber Army and thus he does not see an urgent need to make it more prominent than it is now.

This raises the question of whether Taiwan’s new Cyber army actually has a more ambitious, offensive strategic design in mind than what has been discussed on the surface. Many observers have been calling for Taiwan to adopt more asymmetric means to help deter Chinese threats, and cyber is no doubt one of the areas where Taiwan excels at and has a potential to offset Chinese superiority in conventional arms. After all, maybe the best deterrence against threats coming from the cyber is the ability to strike back, and the new, elevated Cyber Army would be a good starting point for Taiwan to increase that capacity.

Po-Chang (Paul) Huang is an Intern at the Project 2049 Institute.  He is currently a Master’s candidate at the Fletcher School of Law and Diplomacy at Tufts University, where he focuses on Security Studies and issues related to East Asia.