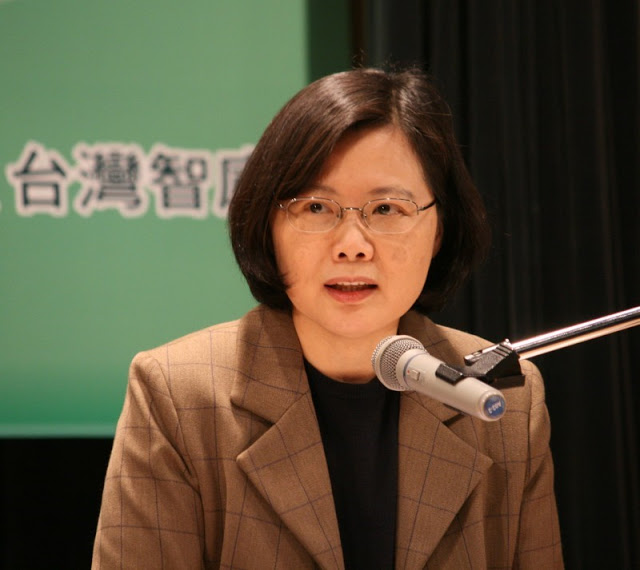 Last year the outside world must have looked pretty good to the Chairman of the Chinese Communist Party, Xi Jinping, from his vantage point at Zhongnanhai, the seat of supreme power in the People’s Republic of China (PRC). The United States and her allies were bogged down in a seemingly never ending fight against terrorists at home and abroad, and unable to focus their time and attention on emerging threats in Asia. The Trans Pacific Partnership, a trade pact between countries that would otherwise be heavily reliant upon China’s market (and therefore Beijing’s goodwill), was stalled out. Island atolls in the South China Sea were rapidly being built up into military bases, cementing Chinese control over these strategic waterways. China’s cyber army was marching across the internet, giving Beijing an immense edge over competitors in every sphere that mattered, from politics to petroleum and from military technology to trade secrets.

And, most important of all for China, Taiwan appeared on track to return to the mainland. Taiwan’s Nationalist Party (Kuomintang, or KMT) had control of the Presidential Office in Taipei, and the Legislative Yuan, Taiwan’s parliament. President Ma Ying-jeou warmly embraced the “one China” principle, which he defined as The Republic of China, the official title of Taiwan.

President Ma was ideologically opposed to communist China, and even went so far as to suggest that, in theory, Taiwan should have sovereignty over all of China’s territory because the PRC was an illegitimate government. Yet in practice he regularly chose policies that accommodated (some would say appeased) China, especially when issues of maritime sovereignty in the East China Sea and the South China Sea were at play. Economic entanglements across the Taiwan Strait had grown at a remarkable clip, creating a sense that Taiwan’s absorption into China was inevitable. By anchoring Taiwan’s future prosperity in the mainland, President Ma sent a signal that unification was okay, and probably just over the horizon.

The trends were deeply unsettling to American strategists. Once Taiwan returned to the fold, China would have control over the world’s busiest air and sea traffic lines, and an “unsinkable aircraft carrier” smack in the middle of the first island chain, allowing it to exert unparalleled influence over the East Asian maritime seascape.

China made the most of the golden opportunity the KMT presented. The Taiwan Strait had long been the most dangerous flashpoint in Asia, and perhaps the globe. Serious crises had developed a number of times in the mid 1990s and tensions continued to simmer hot into the 2000s, right up until 2008, when Ma Ying-jeou was elected.

After 2008, with Taiwan suddenly on the “right” track, China had the freedom to pursue an expansionist agenda, both along its immediate maritime periphery and also into the Indian Ocean. Beijing confronted Tokyo over the Senkaku/Diaoyu Islands, drove its sea claims home against Vietnam and the Philippines, and built up a string of logistical outposts across the Bay of Bengal and the Arabian Sea.

Every indicator seemed to point to China becoming a global superpower, rising in preponderance faster than any great power in history. There would be occasional bumps along the road, of course, no country can maintain double digit economic growth forever. Yet as long as the international environment remained favorable, Xi Jinping could continue charging forward, advancing his view of China’s national interests against those of everyone else.

Then all of Beijing’s best laid plans for Taiwan and the broader Asia-Pacific region came unglued. In January 2016, Taiwan’s KMT government was kicked out of office in a landslide national vote of no confidence. In one fell swoop, the KMT lost both the presidency and its majority in the legislature. The party was shattered.

Shattered too was any hope that Taiwan’s government would eventually agree to some form of annexation.  The opposition Democratic Progressive Party (DPP), loathed by China for its willingness to highlight Taiwan’s sovereignty and separate national identity, is now firmly in power.

On May 20, after a long transition period, Taiwan’s new president, Tsai Ing-wen, was sworn in to office. She is Taiwan’s first female president, and one of the first ever to be elected to high office without the benefit of a male relative previously in the same office. Tsai will be a severe challenge to China. She is a political centrist who has a strong mandate from the citizens of Taiwan to lead them. This makes it far more difficult for Beijing to exploit social and party divisions in Taiwan to gain leverage and advance its aims. China has long sought to weaken and subvert Taiwan’s government. That is going to be much a more difficult task going forward.

The run up to President Tsai’s inauguration was telling. China pulled out all the stops, attempting to pressure the new DPP government to accept the “one China principle” through the use of nearly every means at its disposal short of force. The torrent of Chinese tourist groups visiting Taiwan slowed to a trickle. Trade deals across numerous sectors were frozen. Taiwan’s invitation to attend the World Health Assembly was contested (ultimately American diplomats stepped in to ensure the invite was issued). Amphibious war games were held near Taiwan. And threats were made across a range of messaging channels that the worst was yet to come.

The result was negligible. President Tsai’s inauguration speech, as expected, made no mention of “one China”, and the people of Taiwan who had elected her felt vindicated. They were not intimidated by China and neither was their new president. Beijing was at a loss. Authoritarian governments thrive on coercion, and are often left feeling powerless when their targets remain unafraid.

President Tsai exudes quiet competence. She is a pragmatic policy wonk, not an ideologically-driven politician. This makes her an appealing partner for Washington and Tokyo. Both need Taiwan to support their efforts to keep China’s expansionism in check. Neither are eager, however, for Taipei to give Beijing any excuses to heighten tensions. With a tough but moderate President Tsai in office, the right balance has been struck.

When the old cross-Strait flashpoint returns, as it soon will, there should be little doubt internationally as to who is at fault. Taiwan’s President Tsai is clearly not prone to troublemaking. Chairman Xi, on the other hand, has a track record of stirring the pot.

Trust between nations is difficult to build and easy to break. Over the past year, American public opinion has hardened considerably against the PRC government. This is the natural result of China’s irresponsible and extra-legal behavior in the global commons―the international waters, airspace, cyberspace, and outer space where no country has sovereignty, but all have interests. Distrust comes also from China’s abysmal track record in the areas of trade, environmental protection, and human rights.

Countries who have suffered Chinese coercion themselves know what it is like and are more likely to sympathize with Taiwan. Their numbers have spiked in recent years. Individually, none is likely to have the power to balance against China for the long run. Collectively, however, they form an overwhelming block capable of sustained action.

Going forward, it will be hugely challenging for Beijing to coordinate its myriad foreign policy challenges while dealing with Taiwan’s evolving dynamics. Taiwanese identity has reached an all time high on the island. It now stands at about 85 percent, which means that even some elderly citizens who were born in mainland China probably no longer see themselves as Chinese.  According to polling data, only a small and dwindling minority believes Taiwan is part of greater China, or should be in the future. Everyone else in Taiwan sees cross-strait relations as ties between two different countries.

China’s communist government takes a radically different view. Since the early 1990s Taiwan has been the “main strategic direction” of China’s political and military establishments. No longer fearing a Soviet invasion, Chinese generals have been able to work on plans to invade and conquer Taiwan.

Indeed, the bulk of China’s massive armament program over the past two decades has been about fighting Taiwan―and her security partners, the United States and Japan. These efforts take on new meaning for the Chinese military with every passing election. The more Taiwan consolidates its democracy, the deeper it cuts into authoritarian linkages to the mainland.

Now that President Tsai and the DPP are in power, China must gather its cardinal energies away from ongoing political, economic, and military activities around the world and focus them on Taiwan.

Developmental strategies and initiatives like the “21st Century Silk Road”, the newly established Asian Infrastructure Development Bank, and Chinese foreign direct investments abroad will increasingly be evaluated by Beijing in light of whether or not they provide leverage against Taiwan―so too with Chinese engagements at the United Nations, and other international organizations. 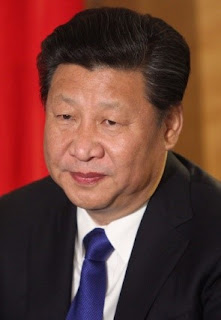 As a general rule, governments prefer to focus on only a few problems at a time. The more centralized the government, the fewer crisis it can handle at once. Xi Jinping has a vanishingly small number of trusted lieutenants empowered to act. Unlike his recent predecessors he takes all decision making into his own hands. Now that China needs to recalibrate its expansionist maritime strategy and reorder the priorities of its bureaucratic machinery, Xi’s headaches are set to grow.

The rules of China’s foreign policy game are going to change to take into account what is happening in Taiwan, but they can hardly turn on a dime. The next few years will likely witness a far less concerted and effective approach to the world. Chinese diplomats, obsessed by eroding Taiwan’s international space, will have fewer resources for other lines of effort. The stars of China’s foreign policy elite previously could spent most their time carving out a larger PRC role in the world. They will now be hampered by troubling developments closer to home. Taiwan’s new government will keep them reacting to events. They no longer have the initiative.

This presents democracies around the world with an opportunity. Many countries, including the United States, have the chance to recover lost ground on a whole host of issues.

Washington should formulate a strategy for taking advantage of China’s vulnerabilities related to Taiwan. The U.S. and PRC are locked in a long term strategic competition, making it a mistake for American policymakers to miss any chance at undercutting Xi Jinping’s revanchist goals.

The ideal approach would involve a whole of government effort for strengthening Taiwan’s security and economy, while at the same time beefing up alliances and economic partnerships across the Pacific and Indian Oceans.

A stable and prosperous future in Asia requires successful counter strokes against Chinese expansionism. Taiwan’s change in government augers well for the security of Japan and other regional democracies. It also offers an opportunity for advancing American interests and making good on the promises of the pivot to Asia. In that regard, the time is right and there is much hard work to do.

This article originally appeared in the print edition of Newsweek Japan (June 7, 2016, p. 27-29). It is posted on AsiaEye with permission. Ian Easton is a Research Fellow at the Project 2049 Institute.