Taiwan’s Transition is a Strategic Opportunity for the United States 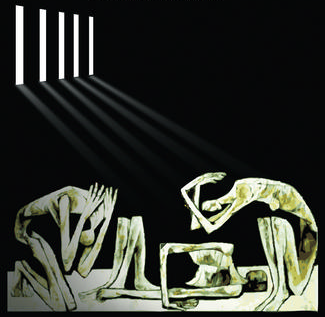 The Assistance Association for Political Prisoners (AAPP) has released the first comprehensive study of Burma’s political prisoners, revealing judicial abuse, systematic torture, and enormous barriers to reintegration. AAPP surveyed 2,000 ex-political prisoners (ex-PPs) for its report, which makes a case for reparations for ex-PPs. AAPP’s research project was made possible by the Project 2049 Institute and the Department of State’s Bureau for Democracy, Human Rights, and Labor.

Since AAPP was founded in 1999, it has become the leading Burmese institution addressing the country’s political prisoner situation, achieving both local and international recognition for their work. The AAPP describes the importance of delivering justice to Burma’s political prisoners in the following statement: “As long as political prisoners exist inside Burma, Burma will not be free. They represent the struggle for democracy, human rights, equality and freedom for the people of Burma. This makes the immediate and unconditional release of all political prisoners an integral part of Burma’s drive for national reconciliation.”

Project 2049 Senior Fellow Kelley Currie said she expects legal reform to take five to ten years. “There are laws still on the books, such as those against unlawful assembly, that criminalize political activity,” Currie said. “These will take time to reform.”

AAPP is currently working with parliaments at both the national and regional levels to amend laws pertaining to political activity and human rights.

“The main challenge is to transform the judiciary into a rights-protecting institution rather than a tool solely for security enforcement,” Currie said.

AAPP’s study provides previously-unknown information on exactly how Burma’s authorities abused the judicial system to silence political opposition, including which legislation was used to justify imprisonment and how trials were unfairly adjudicated. Most respondents revealed they were arrested under the Emergency Provisions Act (1950) or other “security” legislation such as the Unlawful Associations Act (1908), selectively used to restrict freedom of expression, assembly and association. Most trials took place in military or prison courts, where defendants were denied the right to counsel, and trials were shrouded in secrecy. Many respondents said their trials lasted between five and fifteen minutes, just long enough for the judge to come and read their sentence off a sheet of paper.

The study also reveals the systematic use of torture, either to elicit information or confessions, or to punish and humiliate political prisoners. 72 percent of respondents were subjected to physical torture and 75 percent reported psychological torture. Methods of psychological torture included blindfolding, hooding, sleep deprivation, threats, or being taunted with poisonous animals. Respondents described a wide array of physical torture techniques, such as waterboarding, electric shocks, and genital mutilation.

Once political prisoners are released, they face significant barriers to reintegration. Under both military rule and Thein Sein’s government, many were subject to continued monitoring and harassment, and those released under amnesty lived in constant fear of re-arrest. The government did nothing to assist their rehabilitation and in fact limited their travel, employment, and educational opportunities. Many ex-PPs live in exile outside Burma, either self-imposed due to fear of the authorities, or because they fled to Thailand after being blacklisted by the government.

The study also revealed that ex-PPs suffer lasting physical and mental health problems. Eleven percent of respondents suffer from chronic aches and pains, and three percent are fully or partially paralyzed. Ex-PPs exhibit symptoms of depression and anxiety common in those afflicted with PTSD.

After describing the full extent of the struggles of ex-PPs, the report calls for reparations, saying that addressing the significant human rights violations under previous governments is crucial for democratic transition and national reconciliation. It concludes with recommendations for restitution, rehabilitation, compensation, and guarantees of non-repetition, and advocates that civil society groups in Burma and the international community pressure Burma’s government to adopt AAPP’s recommendations. AAPP contends that reparations are a critical step toward restoring the trust of the Burmese people in their government.

“Under the Ne Win administration, Burma provided financial compensation to people who were unjustly imprisoned, so reparations are not unprecedented,” Currie said. “And under the NLD-led government it is even more likely that some form of restorative justice for former political prisoners will happen. The most hopeful thing is that this administration is interested in helping this community and ensuring that they are recognized for their contributions to human rights and democracy in Burma.”