The Role of Traditional Chinese Culture in CCP Policy 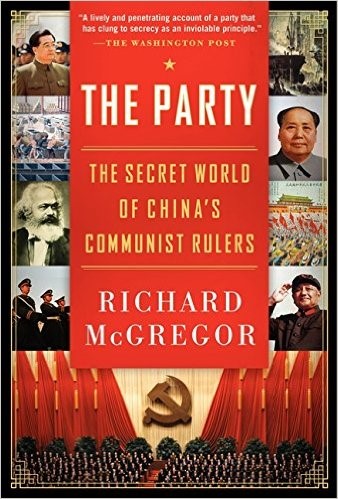 An Interview with Richard McGregor

In recent years, Secretary General of the Communist Party, Xi Jinping placed new emphasis on traditional Chinese culture, specifically on the teachings of Confucius. On September 24th, 2014, during remarks made on the 2,565 anniversary of Confucius’ birth, Xi Jinping called Chinese Communist Party (CCP) neither “historical nihilists, nor cultural nihilists” as he made the case for utilizing Confucius teaching in society, self-education, and governance. Xi’s high profile speech emphasized Confucius’ central role as the “soul of the nation” stating that neither a country nor a nation will be able to stand on its own if it loses its soul. This shift towards traditional culture in general and Confucius specifically, a figure the CCP previously reviled, may signal broader changes within the Chinese government.

Against the backdrop of tensions in the South China Sea over historical claims and struggles for legitimacy on the Chinese mainland, Richard McGregor, author of The Party and a visiting Research Fellow at the Sigur Center for Asian Studies at The George Washington University, discusses the role of traditional Chinese culture in the Chinese Communist Party.

How does the Chinese Communist Party utilize certain aspects of traditional Chinese Culture for its own means?

I think the use of traditional Chinese culture by the Party is, relatively speaking, pretty recent. In the early decades of the party’s rule-post 1949, under chairman Mao, they openly and aggressively trashed traditional Chinese culture. There’s a number of obvious manifestations of that, most obvious is the denigration of Confucius, who was attacked by Mao very explicitly. In addition, there’s the physical degradation of traditional or ancient China during the Cultural Revolution when people would seek out old artifacts and smash them in an attempt to create a blank slate for Chinese Communist values to build on. The ancient city walls surrounding Beijing and other cities like Xi’an were pulled down and destroyed. I think the restoration you see these days of traditional Chinese culture has three aspects to it: First, is it’s post ideological. In other words, if communism as an ideology doesn’t work out, then you have to find something else to do the job. The second aspect of it is a search to find some values. Traditional Chinese culture and philosophy is obviously not a single line, but it has certain values of respect and hierarchy and the like that can be used by the Party. Third, it’s a real thing. They’re not making up traditional Chinese culture, and history exists, and the Party is probably smart enough to try and enlist that for itself.

What does Xi Jinping’s recent emphasis on Confucian values indicate about the future of the CCP? Is it a bid for legitimacy?

The important thing to remember about the CCP is that everything should be brought under its wing. They would have no alternative centers of power, so all of history is sort of rewritten to fit their template. And I think that traditional culture is like that as well. Certainly Xi Jinping himself used to like traditional Chinese poetry when he was young. He suffered in the Cultural Revolution and saw traditional Chinese culture attacked, so I think for him it’s quite possible it might be a genuine, heartfelt, long overdue restoration. In terms of values, there’s a big debate about whether Confucius provides a ground for activism, to challenge rulers, or whether he is in fact a passive philosophy where you submit to hierarchy. In my opinion, there is no doubt that Xi Jinping would see the latter, or the Communist Party would see the latter. The value is that it offers some a type of foundation and ballast to the Communist Party which it has to rebuild without Communist ideology.

In relation to the idea of the CCP using whatever it has to bolster its own legitimacy, is it a misconception that Chinese culture is more susceptible to autocratic rule than other nations?

Do you think that the Chinese Communist Party’s turn towards traditional Chinese culture in efforts to strengthen their own legitimacy is an indicator of a crisis within the country? within the party? or a loss of foundation?

Whenever you read about China, it’s always in one crisis or another. It’s like what people used to write about Japan.  Japan was always at some turning point, but it turned out that Japan was stuck at the same crossroads for 30 years or so. It certainly could be a crisis. It’s very hard to predict with China, we don’t really know what’s going to happen there, but if it is a crisis I think you can expect that the Chinese Communist Party is very alert to it. They have a massive apparatus for building up their legitimacy through the rewriting of history, a massive apparatus to restore Chinese culture, as well as the permitting and then promoting of Confucius. If you go to Confucius’ hometown in Qufu, a lot of money is being spent. I think the Party does have a major issue in maintaining legitimacy, but what I think is underestimated is that they’re on to it in a big way in terms of staying ahead of the problem. They may be one inch ahead of the curve or a lot further ahead of the curve, but I think the big thing they have going for them is that for Chinese people a lot of old Chinese culture is very attractive to them, and if the Communist Party can kind of cloak itself, wrap the flag of Chinese culture around them, then that’s a pretty potent weapon.

To what degree do you see traditional Chinese culture being used by the CCP to justify its foreign policy with respect to security in the East Asian region?

I don’t think it has much to do directly with foreign policy, this is mainly domestic policy. If you’re building, as they are, this sort of entire edifice, an entire history of the ‘China Dream’ then I think if at the same time you’ve got these territorial claims – as outlandish as they might look to you and me – I think protecting them becomes part of that. For example, take the South China Sea. The Nine Dash Line is debated internationally with a lot of people pointing out how ridiculous the claim is. If you go to China, most people, even so called “liberal friends” would say, ‘What are you talking about, of course it’s ours. Just go away.’ There’s no doubt among most Chinese. Because of propaganda they believe it’s theirs. So if you want to knit it all together I think there is a connection, but I think the main focus of rebuilding and repossessing Chinese culture for the Communist Party is domestic in nature.

Jacob Larson will be attending The College of William and Mary and participated in a mentorship at The Project 2049 Institute.