A Golden Opportunity for a U.S.-Taiwan Free Trade Agreement 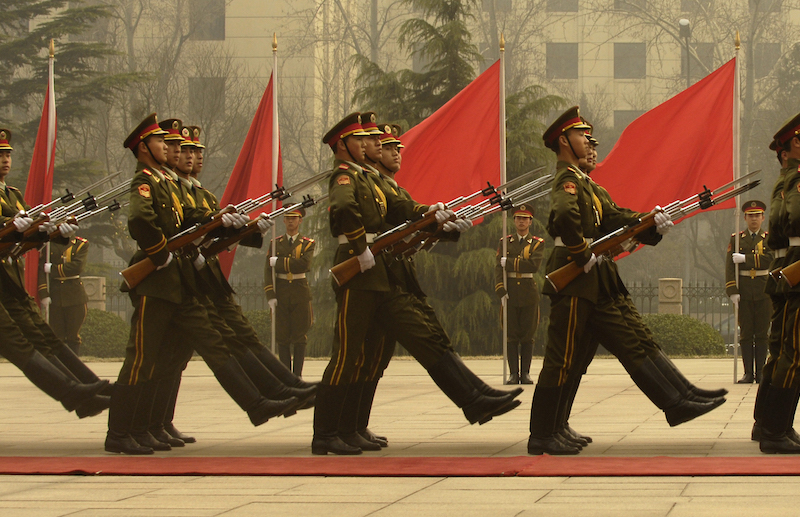 (Members of a Chinese military honor guard march during a welcome ceremony for Chairman of the Joint Chiefs of Staff Marine Gen. Peter Pace at the Ministry of Defense in Beijing, China. Source: DoD photo by Staff Sgt. D. Myles Cullen.)

On February 11th, the Carnegie Council for Ethics in International Affairs interviewed Rachael Burton on “China’s Cognitive Warfare” as part of its Information Warfare series.  Listen to the interview below:

DEVIN STEWART: … [H]ow do you see China’s rise impacting the global system at large and the fate of democracies? What do you see maybe looking at 2049 as a possible future scenario?

RACHAEL BURTON: …Can democracy survive China’s rise in the global system? I think absolutely. I don’t think that Beijing has the goal, ambition, and/or the ability to demolish democracy.

The Chinese Communist Party plainly says that what they want is a space for their form of authoritarianism to be able to live and survive… .

Recommendations I think on how to combat this rise in an alternative system is really just to hold true to our United States values, to hold true to our allies and our partners, and to continue to bolster and extend legitimacy to, I would say, what drives our policies rather than allowing Beijing to kind of suck the air out of the room. If we are going to talk to Beijing about trade, we should be just as aggressively talking to our allies and to our partners about trade. We should be having breakthrough moments with Japan and with Taiwan on free trade agreements instead of allowing the only trade discussion to be about China.

I think so long as the United States, the European Union, Australia, Japan, Taiwan, Korea, India, and others want to continue to reinforce and uphold our own partnerships, then I think the world is going to most likely look all right in 2049.

Read or listen to the full podcast on the Carnegie Council website.