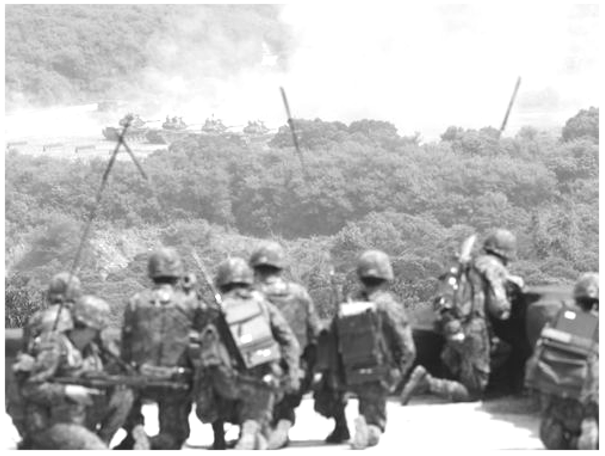 Since founding the People’s Republic of China (PRC, China) in 1949, the Chinese Communist Party (CCP) has made no secret of its intention to subjugate the Republic of China (ROC, Taiwan), including by force if perceived as necessary and worth the cost. Potentially supporting the CCP’s “China Dream,” a capacity to physically occupy Taiwan through amphibious invasion appears to be a “historic mission.”

As the armed wing of the CCP, the People’s Liberation Army (PLA) has long been capable of physically occupying Taiwan, barring U.S. intervention and willingness to bear exorbitant political and military costs. However, long-term, targeted investments into PLA force modernization, its military reform and reorganization program, and the growing obsolescence of Taiwan’s ground force equipment, increases the likelihood of an amphibious invasion. The CCP and its Central Military Commission (CMC) oversee an increasingly dangerous PLA. Its capacity for use of force has developed rapidly, driven in large part by the desire to subordinate Taiwan.

Alongside airpower and naval forces, the ROC Army and Marines play integral roles in island defense. In a minimum warning invasion scenario, ground forces may be the last barrier standing between deterrence and potential national annihilation. To address this nightmare scenario, the Project 2049 Institute brought together leading experts on PLA capabilities, doctrine, and leadership to evaluate the threat, discuss necessary ROC military actions, and explore areas for further U.S.-Taiwan security cooperation. 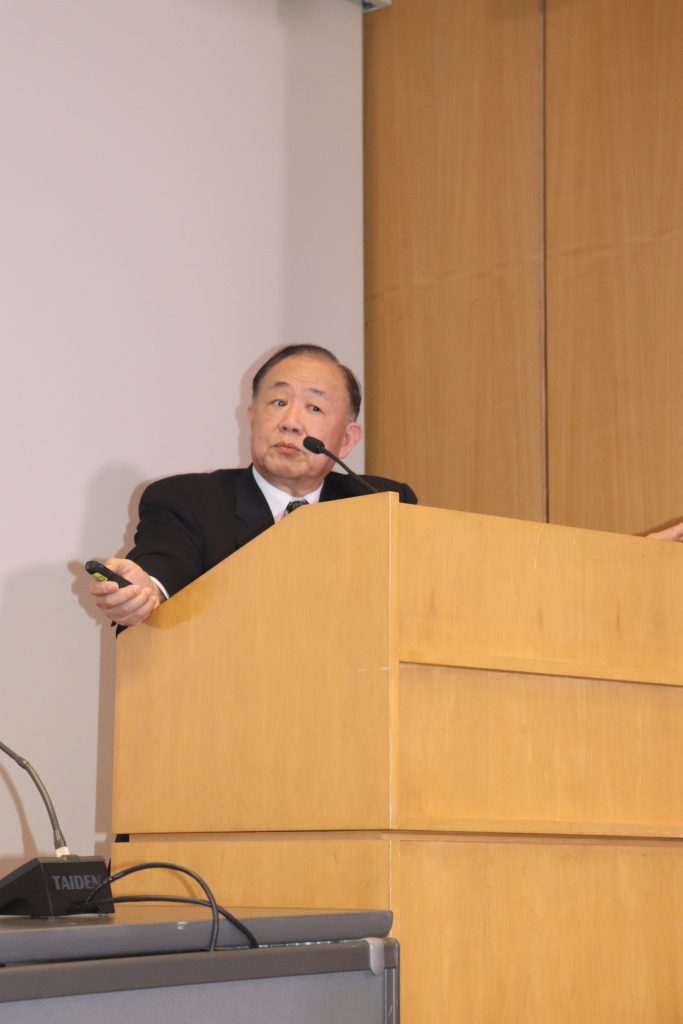 The PLA is now better equipped than it ever has been to launch a military invasion of Taiwan. This “nightmare” scenario is a looming threat to Taiwan’s continued existence as an independent and sovereign state. The PRC has reaffirmed its political strategic priority of territorial sovereignty, to which Taiwan is of paramount importance. PLA modernization and reforms have been directly tailored toward a Taiwan contingency, with a goal of achieving sufficient combat readiness to invade by 2020.

Only recently has the PLA developed into a modern fighting force with the potential capability to achieve this deep-rooted political goal. No longer can military planners in Taiwan only focus westward to mitigate threats from the CCP. Today, the threat to Taiwan emanates from 360 degrees, especially in the naval and air domains. Large-scale amphibious landings are increasingly plausible with China’s new roll-on/roll-off lift capabilities. Preparing for the worst-case scenario – a PLA invasion – requires military planners to identify if and where the crisis could be diffused at an earlier stage.

When imagining a nightmare scenario, Taiwan’s planners must conceive a conflict timeline and identify specific indicators and warnings. The warning period would cover approximately two months. Any coming invasion attempt would become obvious at least thirty days prior to the actual “D-Day” as the PLA mobilized its forces and equipment. Mass mobilization can be tracked with satellite imagery, reducing the likelihood of surprise. The PRC would also likely want to avoid a full-scale military operation and instead opt for strong forms of coercion. It could send signals to gauge Taiwan’s resolve and determine if escalation to all-out war is necessary.

Cyber attacks that jeopardize Taiwanese financial systems, power grids, and electronic communications would likely be a precursor, conveying to Taiwan that an invasion may be imminent. The PLA would likely blockade Taiwan from the outset and conduct limited, selective, targeted missile strikes aimed over, or near, Taiwan. These missile strikes could be viewed as an attempt to compel Taiwan’s elected leaders to capitulate to Beijing’s demands. In the days leading up to “D-Day,” military operations would intensify to include airborne special operations, the potential activation of sleeper cells in Taiwan, and joint strike operations. Ultimately, if successful, an amphibious invasion would follow.

This scenario consists of more than just the military personnel, equipment, and vehicles involved. In any military situation, the battlespace expands from where command and control is conducted, to the target. The CCP would provide national-level command, control, communications, computer, intelligence, surveillance, and reconnaissance (C4ISR) support. Structurally, any PLA military operation against Taiwan would feature command and control from the Eastern Theater Command, and national-level CMC and Strategic Support Force (SSF) leadership would be directly involved.

The CCP has long-desired unification with Taiwan, and has tied its legitimacy as the sole ruling party of the PRC to territorial integrity and the principle of “One China.” Such an undertaking would be the largest and most important PLA action in its history, and the CCP would do everything in its power to prevent failure.

Chinese coercion comes in multiple forms that simultaneously pressure Taiwan’s leaders and people to bow to PRC demands. PLA ships and planes not only circle Taiwan, but the entire first island chain. The CCP uses economic incentives to entice Taiwanese capital, businesses, and individuals to the mainland. The CCP also leverages its economic and diplomatic might to minimize Taiwan’s international presence. Together these threats combine to create a whole-of-government approach to coerce Taipei to unify under Beijing’s terms. This method is part of a two-fold overarching CCP strategy toward Taiwan: 1) Shape the global public narrative on Taiwan to acknowledge (and, or affirm) that there is “one China, Taiwan is part of China, and the PRC is sole representative government of China;” and 2) Control key geography in the region surrounding Taiwan.

How likely, then, is the nightmare scenario? And how soon could it plausibly occur? Currently, there are multiple and significant obstacles preventing a CCP conquest of Taiwan:

Despite the known challenges, PLA modernization nonetheless poses a growing threat to Taiwan. The PLA’s strategic reforms, doctrinal reforms, force restructuring, and the completion of a fourth-generation level of equipment will all intersect by the 2020s. The PLA has informal sea lift capabilities it can acquire by commandeering non-military vessels for troop and equipment transport. By law, PRC roll-on/roll-off vessels must meet certain specifications to accommodate heavy military vehicles. Because of the PLA’s roll-on/roll-off capabilities, an amphibious invasion is within the realm of possibility. Trucks, tanks, and other vehicles outfitted with medium-weight mechanized armor allows for easier transport in an invasion scenario. Demonstrating strength in another area, PLA close-air support has also improved. In addition, China’s short-range ballistic missile (SRMB) transporters could be modified to potentially carry up to eight missiles each.[2] New PLA aircraft, both manned and unmanned, will also likely have a higher missile-carrying capacity. 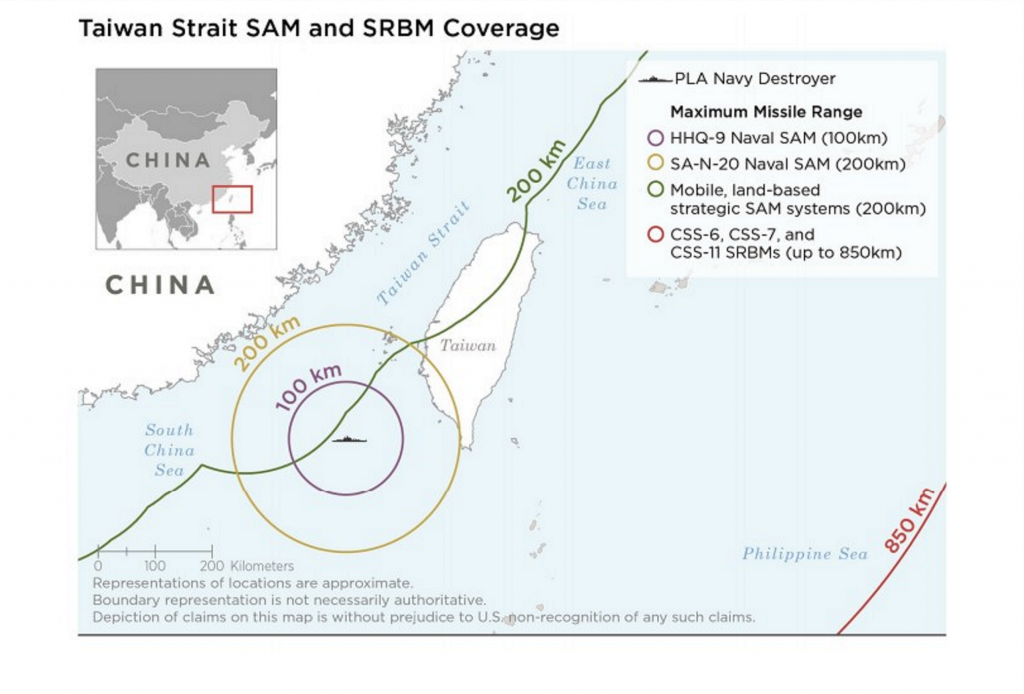 To deter this nightmare scenario, Taiwan’s defense strategy needs to be affordable and applicable. Taiwan’s Overall Defense Concept (ODC) is meant to prevent a PRC invasion by adjusting Beijing’s cost-benefit calculation. The ODC highlights a sharp, smart, and sustainable force that can defeat PLA forces in the littoral and annihilate any troops landing on the beach. As long as Taiwan can convince the PRC that total victory is extremely difficult, this deterrence will ensure Taiwan’s continued survival.

Taiwan’s ODC is a concept that emphasizes asymmetric defense. Taiwan has long relied on U.S. military support for weapons systems, equipment, and training. As U.S. systems focus more on power projection, however, Taiwan has recognized that relying on expensive U.S. military equipment may no longer be the most pragmatic approach. Taiwan’s increasing focus on developing indigenous military production capabilities, combined with its new ODC, aims to maximize the country’s natural defense advantages. Weapons such as sea mines and missiles are key to the ODC, exacting enemy losses while ensuring force preservation.

While Taiwan could potentially become less reliant on U.S. weapons systems, the U.S. Army and ROC Army can still learn from each other, sharing cross-domain denial activities, key technologies, and improved C4ISR capabilities. The ROC ground forces would be the most asymmetric in the event of a worst-case scenario PRC invasion. While significant investments in the ROC Navy and Air Force are being pursued, similar attention to the ROC Army is necessary. Ground forces have the best mobility and logistical backbone in an invasion scenario. Taiwan could also leverage its reserve force to further deter an enemy attack.

While the ROC Navy and Air Force are Taiwan’s first line of defense, the ground forces are the last line of defense. The ROC Army, Marines, and Military Police are responsible for defending Taiwan’s shores and cities in the event of a PLA invasion attempt. Training of the ROC Army, therefore, should include both long-distance terminal guidance munitions and close-combat urban warfare. Increased training and war gaming could assist Taiwan’s security goals. Unquestionably, ensuring Taiwan’s security requires an ability to prevent a quick PLA invasion success. To do so, the military must assure that it can secure the resources necessary, which, in a democracy, depends on wide public support. It is up to Taiwan to support the rigorous analysis required, and ultimately determine the desired role of its military in the coming years.

Taiwan’s ODC is still a concept, not a strategy. When developing a defense strategy, and determining military investments and procurements, it is critical to get the ratio of traditional force capabilities to asymmetric capabilities correct. In the United States, different viewpoints exist regarding the role U.S. forces would play in ensuring Taiwan’s defense, as well as on the amount of traditional force capabilities Taiwan should acquire. Taiwan’s defense planners are tasked with a tremendous responsibility. Taiwan’s position relative to China is inherently asymmetric. As such, Taipei could seek to adopt a more guerilla-like posture and acquire certain ground-based “fire and forget” weapons. Adopting a more asymmetric posture requires strengthening Taiwan’s ground forces and investing into more mobile artillery capable of destroying PLA amphibious assault ships and landing crafts.

It could be difficult for the people of Taiwan to support a dramatic shift toward a guerilla-like defense force. It seems likely that Taiwan’s civilian leadership and military brass will elect to pursue a strategy that addresses the short and long-term threats to national sovereignty. Operational concepts like the ODC can help Taiwan evolve its traditional force structures. Focusing too heavily on asymmetry and guerilla-like forces, however, could leave Taiwan with a dearth of capabilities to deter a full-scale war with the PRC.

Alex Bierman is an Intern at the Project 2049 Institute. He is currently a M.A. candidate for Security Policy Studies at the George Washington University (GWU), concentrating in Asian Regional Security and Cyber Security.

[2] According to the Department of Defense China Military Power report, it is estimated that the PLA Rocket Forces (PLARF) likely has about 1,200 SRMBs. Additionally, the PLA is fielding a growing number of long-range rocket artillery systems, such as the PHL-03 (~150km range).